On 18. October MX5-Miata.no held Auto X event with the standard SS1 track setup at Gardemoen Raceway. This was MX5 only event and the first in MX5-miata.no's history.

It was a success with lots of Miata's and MX5 being used for what they was meant to do.
It was freezing cold this Sunday. The track had several puddles of Ice that was neccesary to remove before we could start. This is probably the last event before winter for me. Semi-slics and zero degrees C doesn't match.

I was really hoping to break 1.06 this time. Changes to the car since last time I attended SS1 includes new sway bar, E85 and launch control.

The first laps were pretty slow. It allways takes a couple of laps to get into the flow. It's critical to nail the breakpoints to get a good time. That means breaking on the ABS while steering into the slalom and the "moose test"...
After the 4th run I managed a 1.06. A little disappointed but OK. Since my lap times at Rudskogen had improved with the new sway I was hoping to see an improvement in SS1 as well.
The launch control worked great but it would be handy to have the possibility to adjust it via a potmeter or such as the correct rpm soft limit varies with the conditions and surface.

There are a lot of pictures taken of this event. I'll only include a couple here but all can be found in this thread:
http://mx5-miata.no/phpbb/viewtopic.php?t=9252 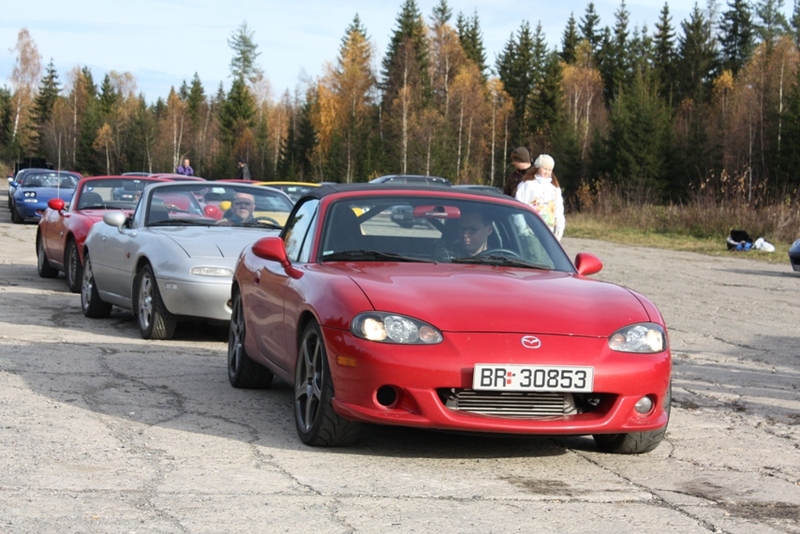 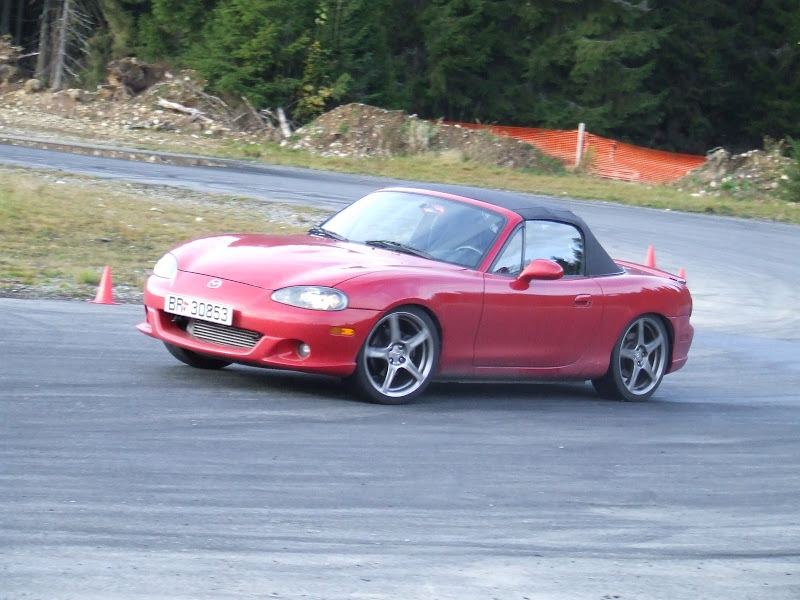 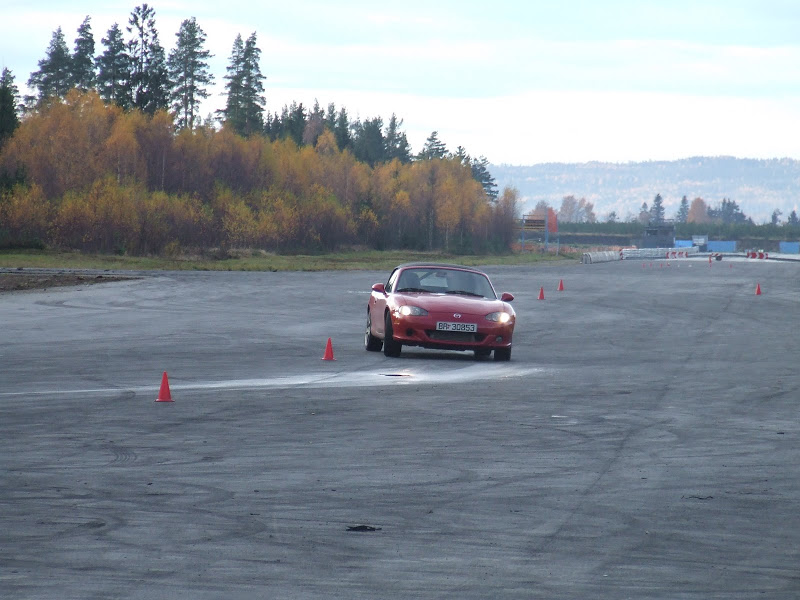 Testing blog posting from my iPhone. -- Post From My iPhone

I have seen some posts on miata.net and mazda-speed.com regarding Hydra and launch control. I decided to try it in hopes of saving some time when launching at Auto X events. The procedure is pretty simple Go to the settings>ignition&