This was my first trackday at Rudskogen with the MSM in 2009
New FM stage two clutch is in and redy to be abused around the track.
Also new is an aluminium turbo heat shield to better protect wires and the master cylinder from the heat.

The weather was perfect. 25C and sunny weather. A couple of first timers from the mx5-miata.no also showed up.

The first session was a total waste of time. The dampers was set way to stiff and almost had me bumping off the track at the end of the long straight. The turbo felt ultra laggy and lost all pressure between gear shifts.
The dampers was easy to adjust but the turbo spool problem was harder to fix. It turned out to be the start boost setting that would make the WG fully open when it activated the solenoid at 0.8 bar. I tried different settings in the second track session but the only way to fully get it to spool without making the boost hesitate was to turn the EBC off and just run off WG spring pressure. This is not optimal as the spring will start at 0.5 bar and creep up to 0.8 in the higher gears.

On the last session I got fed up with the whole EBC crap and just turned up the boost to 1.2 bar to see if that would make the start boost function work better.
That did not work either but 1.2 bar on this turbo is awsome! The car feels super fast and pulls like crazy all the way to redline. This turbo really needs boost to feel happy.
However the joy was short lived. After a 5 laps I got black flagged. I returned to the pits and the marshal told me I got serious flames coming from under the car when shifting...
I told him it was an external WG which dumped to atmosphere and it was ok.

That was my last session as I was kind of fed up with the whole WG affair.
The noise and the spitting flames is attention I don't need. The sound isn't even cool. It sounds like a giant exhaust manifold leak which makes it hard to hear the turbo spool.
I need to get the return back into the DP ASAP.
To make the evening even more disappointing my new clutch has major clutch shudder. There is a vibration in the clutch pedal that might indicate that there is constant pressure on the release bearing due to wrong adjustment on the pedal rod going to the clutch master cylinder. With my recent luck the bearing could be toast. If so I will have to do the /&(¤#¤%&¤&%/#%/!!%@$£@½'ing clutch job again.... That number 13 on my window on the second picture sure was fitting for this evening:
( pics taken by Rudolf @ mx5-miata.no and some other guy at sportsvogn.no) 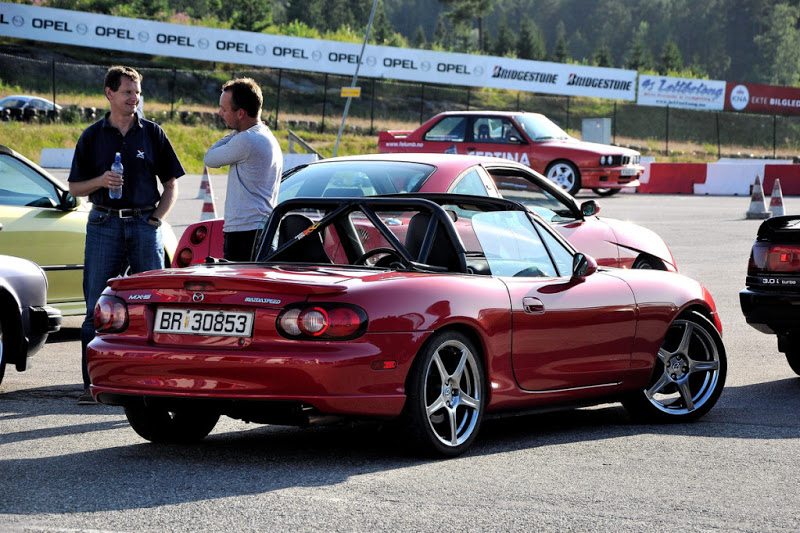 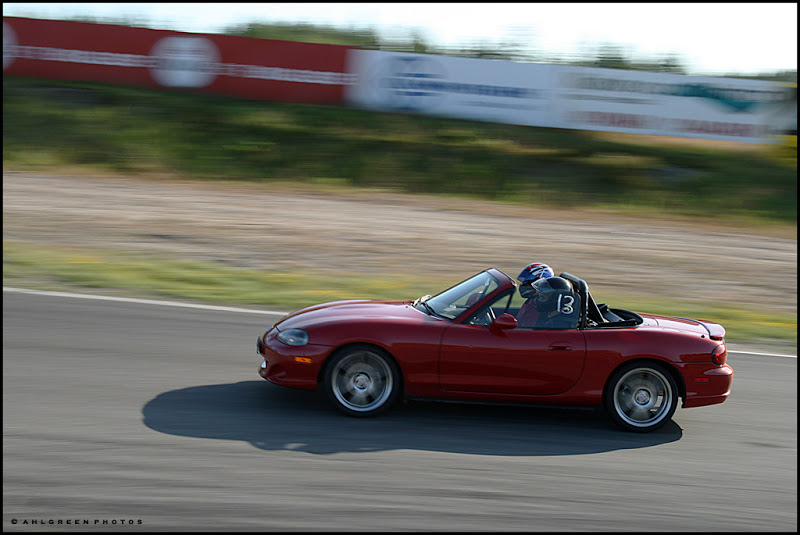 FMCN held one of the last SS2 AutoX events at Gardemoen raceway in 2009. Perfect conditions with nice sunny weather but only about 5 C ambient. I did not plan to attend any more events before I got the WG return fixed but I

I have been busy a couple of weeks doing fun stuff like going to the Nordschleife with the mighty RatX5 and some other non car related stuff. As I mentioned in my last post the WG pipe needs to be welded into the DP