'95MSM @ www.mazda-speed.com forum was kind enough to take some photos of his 99-00 Miata VICS manifold that are going onto his 95 NA with a complete MSM engine/drivetrain swap etc.

These are said to be better than the later 01-05 VTCS manifolds that I was looking at in this post.
They look pretty similar from the outside with the runners visible in the upper part of the manifold.
On the inside they are very different: 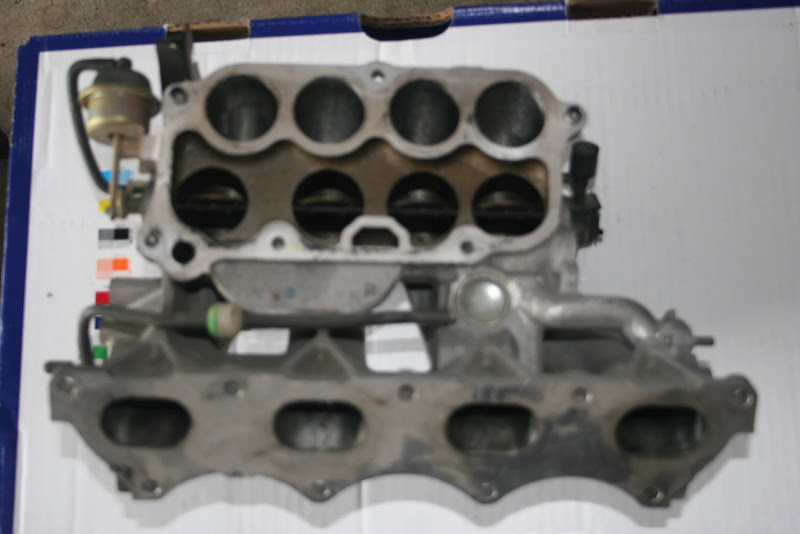 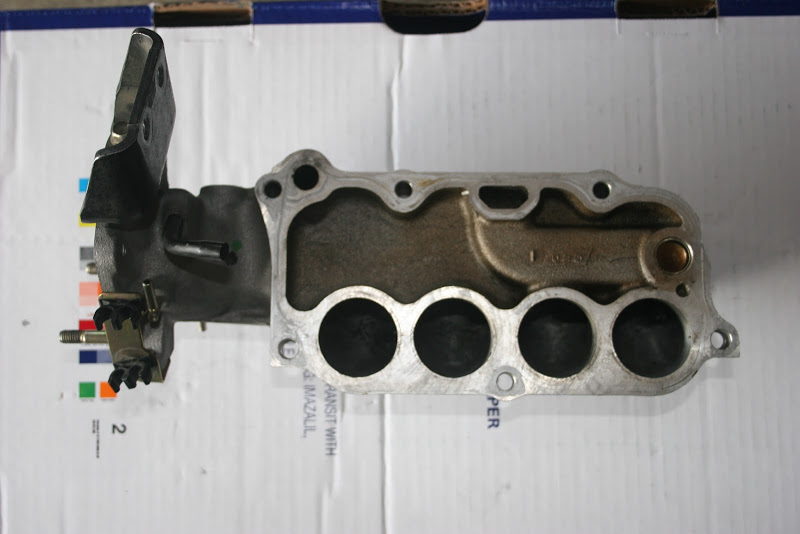 At first it could look like there are two sets of runners with different length that could be switched by activating the butterflies.
The "runners" with the butterflies are actually resonance chambers that will open at a certain RPM which makes it possible to optimize the manifold for a broader rpm range than a single static resonance chamber like the other NB manifolds.
This pic kind of explains the effect and inner workings.... in Japanese.... 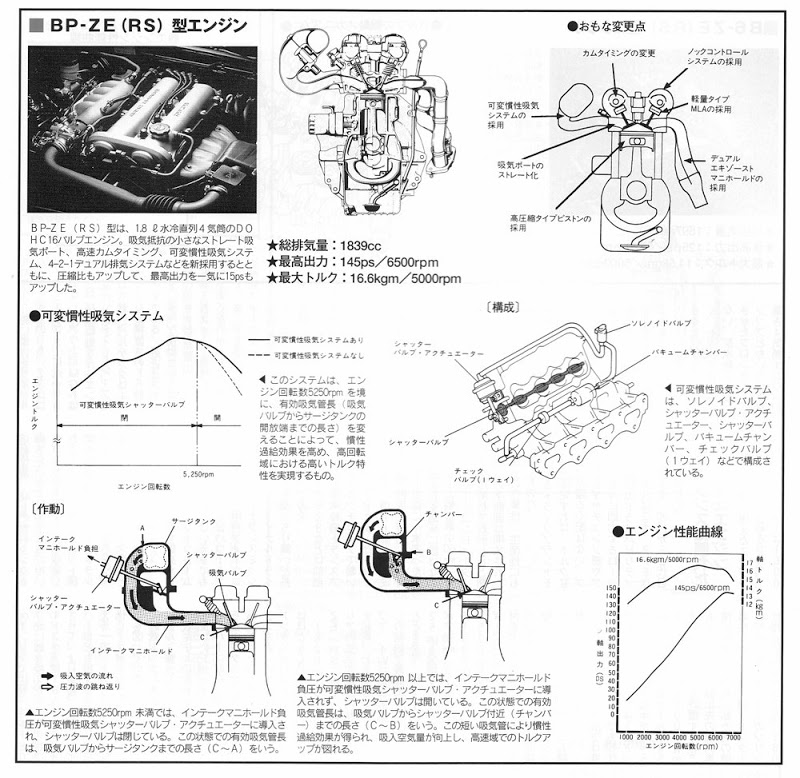 I believe the greyed out part on the two lower illustrations are the pressure pulse/resonance path and not the air flow. The torque graph shows an improvement after 5250.
The neck going from the TB to the plenum looks to have the same limitations as the VTCS manifold with angeled path into the plenum. 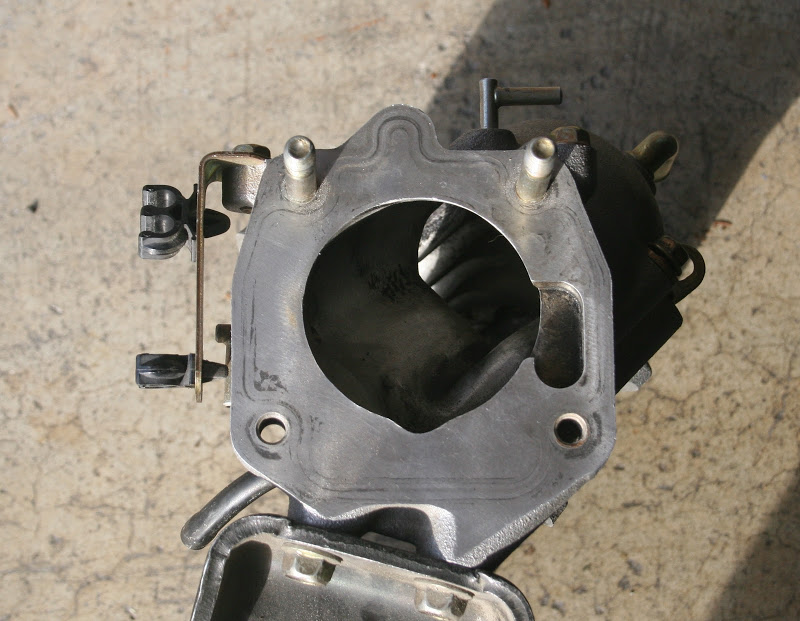 Gary at trackdogracing.com has seen power gains at higher RPM by porting the VICS intake.
Here are some before and after pics from his website:

A dyno comparison between all the NB manifolds tested on the same car/conditions would be very interesting, but i seriously doubt that will ever happen.
I know 949Racing is developing their own manifold partly based on the JDM manifold but that could take a while with all the other projects they are involved in.

Looks like the rim is almost touching the ground at some places. I bet those tires have super stiff side walls but with the extreme forces involved they look like drag radials.

I took some measurements and pics of my MSM manifold today. It should be the same as 2001-05 VTCS manifolds on USDM cars.I also measured ID and OD inlet and outlet of the MSM throttel body which is probably the same as all