I really thought the stock MSM catch can was up to the job of venting the head and crank case pressure without oil splattering out into the engine bay. At 1.3 bar on the track this is sadly not the case. It will leak oil. I'm not sure if it comes from the head, the OEM oil return or my new crankase vent mod. Either way, it needs to be fixed.

I did some research trying to find something more clever than a flashy can with two inputs, filter on top and a manual non returning drain which seems to be the standard for most "tuners" and race cars. Canton has one thats pretty common. 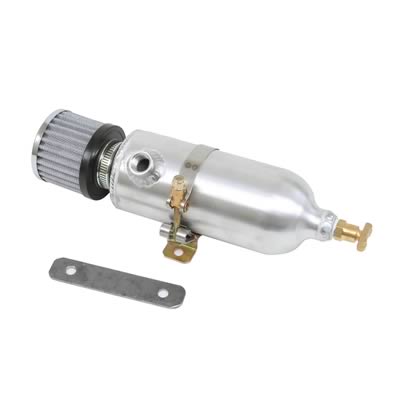 It doesn't really do much for separating the oil from the air other than letting some oil condensate on the walls and puddle up at the bottom for draining later. A lot of the oil will still be collected in the oversize filter.
It's also way to flashy and revealing in the cramped MSM engine bay.
I found an interesting option mentioned on www.mazdaspeed.com from IxizConsept
IxizAOSep - Air Oil sSeparator
It looks almost like an aftermarket ECU with 4 ports going in and out of it: 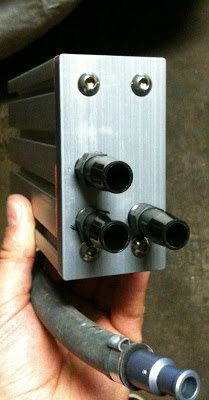 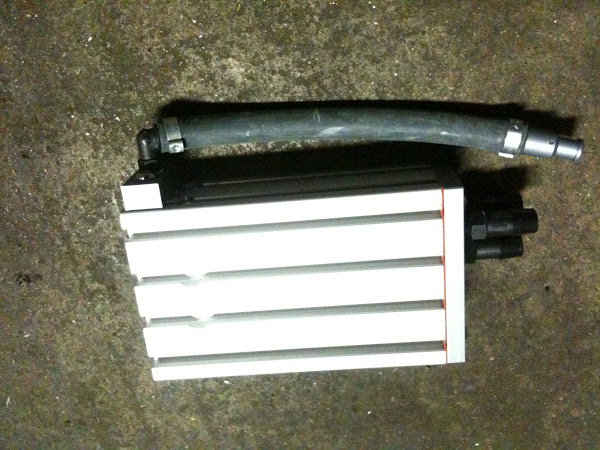 My engineering DNA forced me to dissect the box by removing the endplates.
At first I was really bummed. $80 for an empty 16cm piece of alu profile ? WTF ? 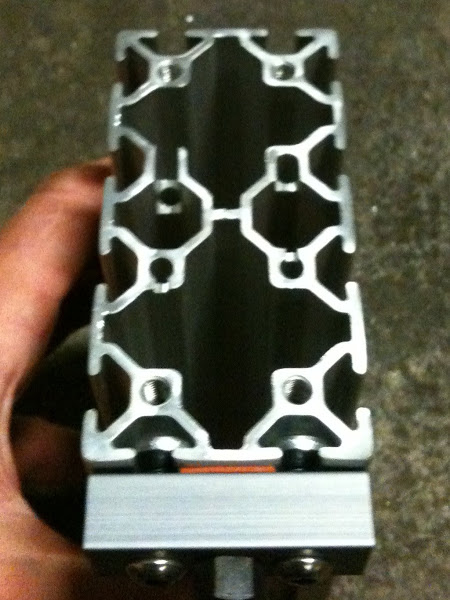 But, a closer look reveals a complex flow path for the gases trough 4 main chambers and 4 smaller drain channels connected by cuts and small channels in the alu: 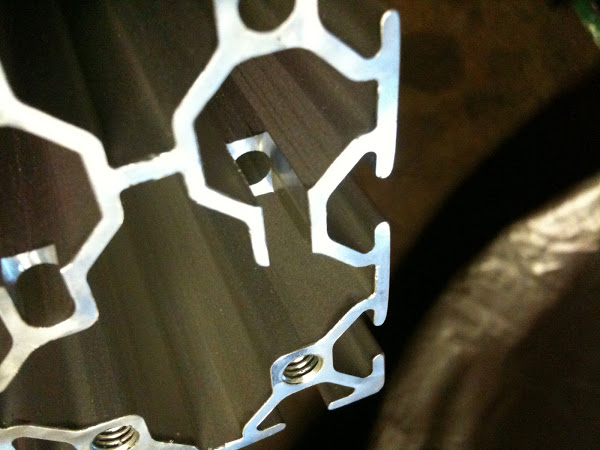 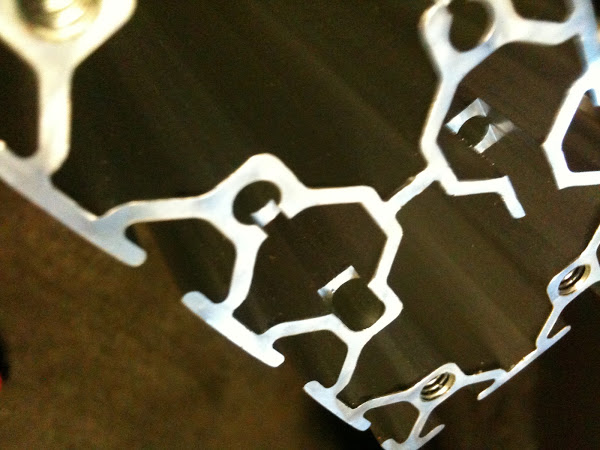 This forces the vent gases trough the 4 chambers that goes the whole lengt of the alu block. Thats 4 x 16 cm while climbing upwards shedding oil on its way by condensing oil on the alu walls and passages somewhat helped by the gravity. The oil which is drained trough the smaller channels down to the oil drain in the lower chamber will be forced in the oil return outlet direction while braking (if installed with the vent inlets pointing backwards.
The whole unit is also created with cooling fins that cools the gases as it passes trough and further aids the condensation. 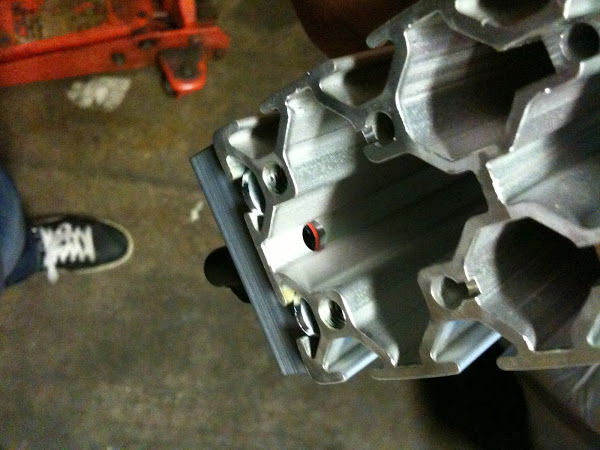 The oil return drain hose has a one way valve stopping oil from coming up the oil return line and into the separator. This means that the unit will only drain the oil back when the throttle is closed or at cruising. 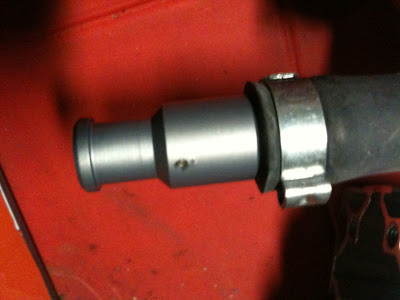 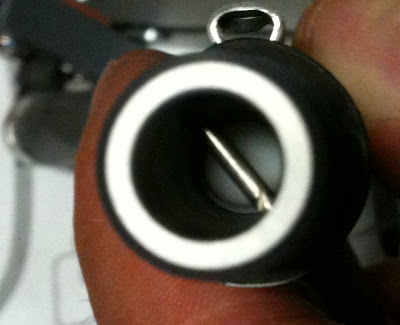 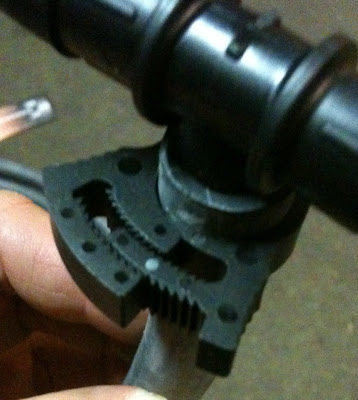 This looks like a very promising solution to my crank case venting problem.
Can't wait to test it on the track.

I found this video via speedhunters.com in their feature about the Queens St. BMW M3 drag car. For some reason they put a Mazda 4-rotor with a GT60 turbo and 20 1600cc injectors. Look at those crazy flames and smoke from the manifold

Quality edit with nice music. Look at that 911 tearing up the tarmac in the right left combo. Delivering the neccesary torque in such a contolled manner with a peaky turbocharged 1.8 would be a challenge. Gotland Ring from Anders Bäckman on Vimeo.