Since the MSM for some reason did not include a N/A header I need to get one of this things for my new Rotrex plans.

I did some research online to gain some knowledge about how a header actually works.
I also used the holy bible of forced induction :
"Forced Induction Performance Tuning" by A. Graham Bell.  It's the best and has some interesting info on recommended pipe OD for different applications including supercharging. 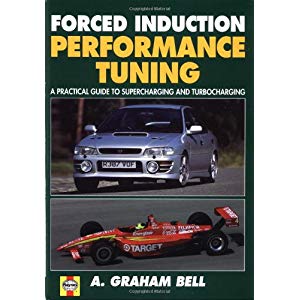 Why do a header matter at all  ?
Its primary job is obviously to transport the hot exhaust from the cylinders and away from the engine.
The less obvious job is to use the exhaust pulses from each bang in the individual cylinders to create a scavenging effect on the off phase cylinders.  This will raise VE = more TQ and power.
The problem with this fancy scavenging effect is that it only happens at a certain RPM range dependent on 3 main factors in no particular order:

- Design/layout (4-1 or 4-2-1)
- Length of primaries (and secondary )
- Pipe diameter
There are other factors as well like tapered and stepped pipes for anti reversion, collector design, back purged welds etc which I wont cover.

Design
There are basically two types of header design; 4-1 and 4-2-1 ( or tri-y as the yanks call them)
A 4-1 header has all 4 primary pipes merged into one collector, ideally with equal length.
The 4-2-1 header on the other hand has 3 collectors.
They do this by merging the cyl 1 and 4 primaries and 2 and 3 primaries into two primary collectors and having the two secondary pipes merging into a final collector. This makes it possible to tune exhaust scavenging for two RPM ranges which makes for a broader power band..... in theory.
Some fine examples of 4-1 (left) and 4-2-1 (right). 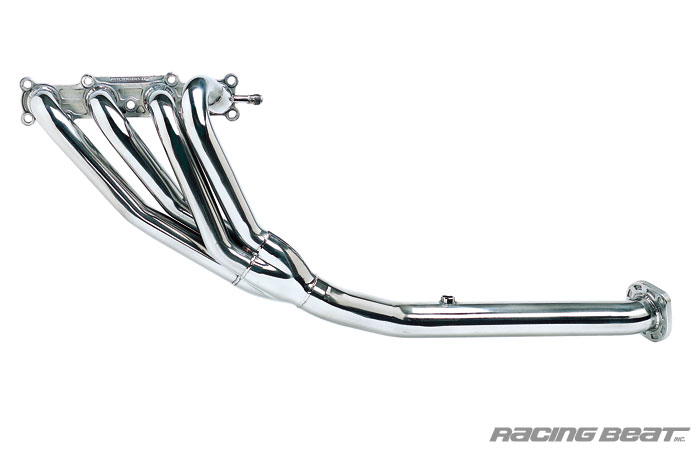 Pipe length
The length of the pipe between the exhaust valve and the merge collector(s) will decide when the low pressure end of the exhaust pulse will travel back up to the other cylinder(s).  This will create a low pressure zone outside the exhaust valve that will ideally reach the exhaust valve when it opens and help suck out the exhaust and draw fresh gas/air mixture into the cylinder from the cam overlap ( if any...).
A short pipe length will move the power band towards red line while a longer pipe would optimize the lower rpm range. This length are tuned according to the exhaust pressure wave velocity (1500-1700 ft/sec) and not the exhaust gas velocity.

Pipe length and diameter influence each other.  The length will rock the power curve of the engine around the point of maximum TQ as shown in the diagram below: 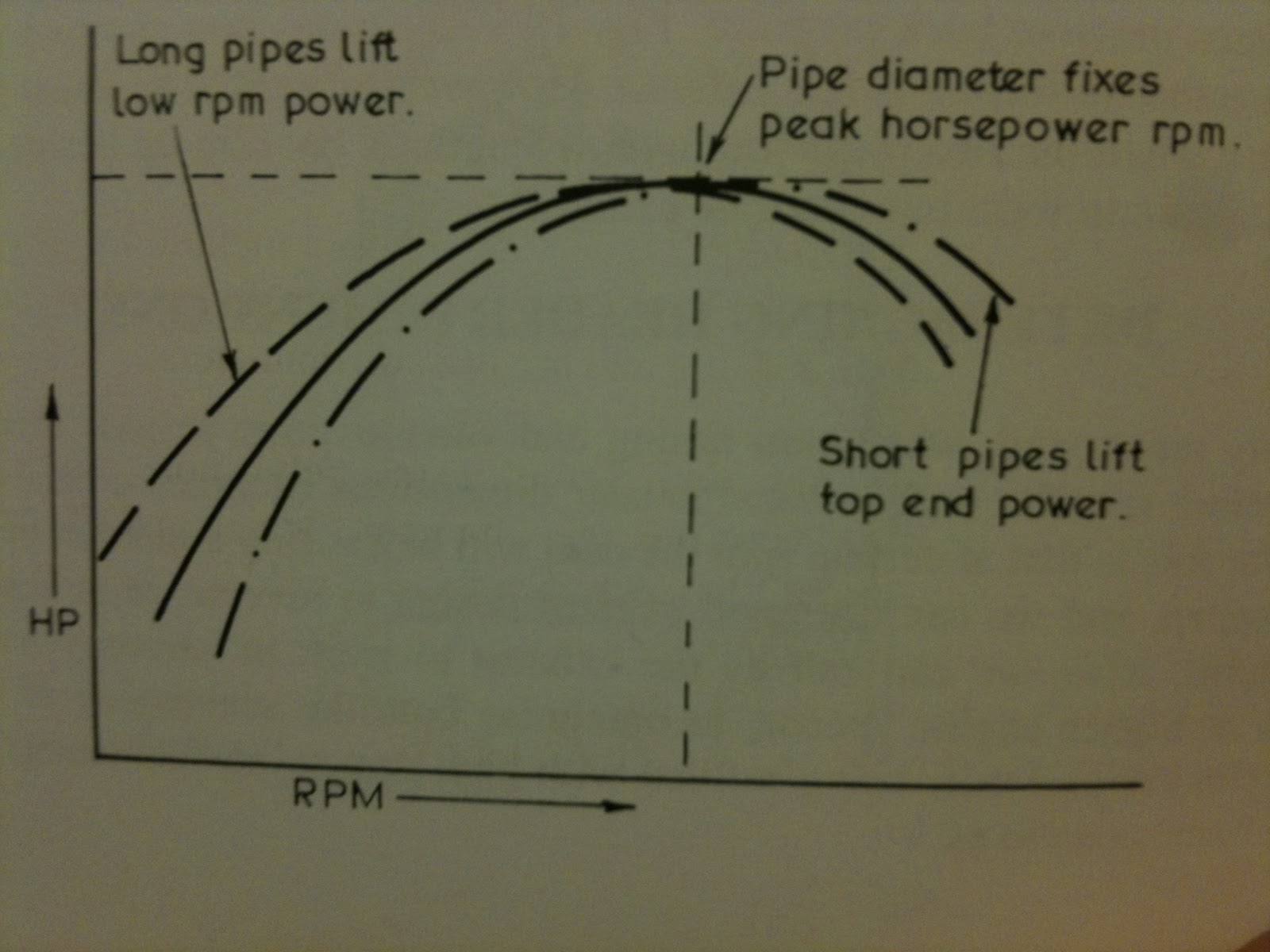 As the pic says.  Long pipes will lift low rpm power while short pipes lift top end power. The V8 crowd call the latter "shorty headers".
But how will a supercharger influence things ?  A stock BP 1.8 with a 99 head flows ~200 CFM according to internet search. The stock header are probably tuned for that kind of flow and will reach the magic exhaust gas velocity of 250 ft/sec some place around 6K rpm or earlier for drive-ability. An increase in displacement or forced induction will produce more exhaust gas and should be matched with a larger diameter header to avoid peak horsepower rpm being moved lower down the RPM range due to hitting optimal gas velocity earlier.
We can roughly estimate the needed engine flow for a give hp if we know the Brake Specific Fuel Consumption, Air/Fule ratio and horsepower target. ( math here )
A miata has ~ 0.55 BFSC and ~ 12:1 A/F for a slightly aggressive tune with a SC.
To produce 400 hp the engine would then need to flow at least 640 CFM which is more than 3 times the stock CFM.
Mr. Graham Bell  recommends these sizes for engine fitted with a compressor.  The 1.9 BP would be the numbers for 500cc.  2" pipes for a 4-1 header on such a small displacement engine sounds a lot. 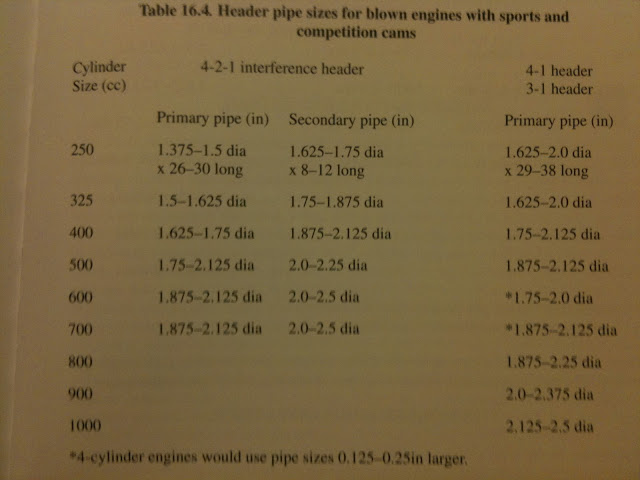 I will not spend a fortune on a new header.  I'll probably pick the cheapest one that is closest to what I will need based on the information I have collected in this article. I think the most important thing will be pipe diameter.  Tuned pipe length and 4-2-1 design wont help if a small pipe diameter is choking the engine.

This pretty much sums up what happens at Gatebil events here in Norway.  There is a mix of drift cars, unlimited track cars and a bunch of other tuned cars packing 500+ hp with RWD or 4WD.  Smoke is more important than

Pictures of the Porsche 918 Spyder and now the race version, Porsche 918 RSR, with the flywheel accumulator are all over the internet.Take a look here for detailed info and lots of pics:  http://www.unfinishedman.com/porsche-918-rsr-hybrid-race-carPorsche knows their stuff. This