What a fancy name. "Sequential Triflux Turbo Engine".  It's like stright out of a 60's Star Trek episode.
This is both the strangest and coolest otto-engine I have ever seen and gave me a proper "WTF?"-moment. 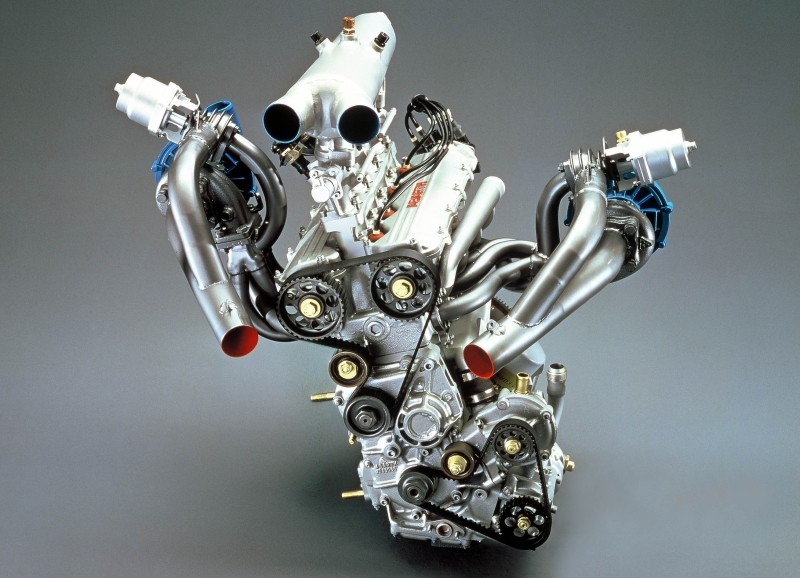 What's up with the intake going in between the camshafts and exhaust pipes coming out of both sides of the head ?
This is how: 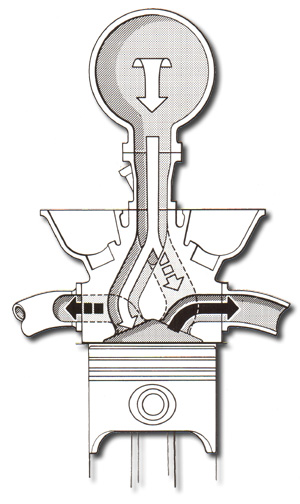 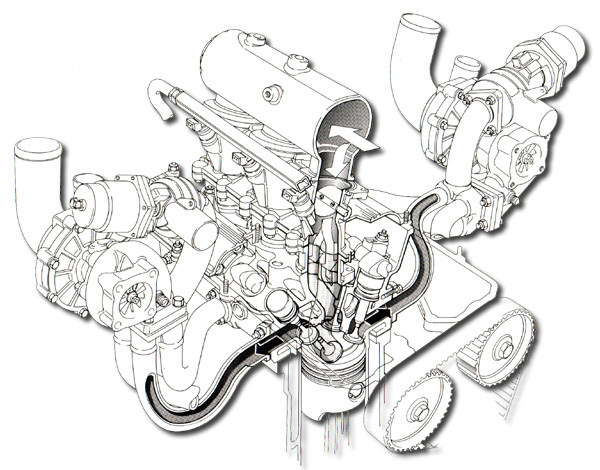 Air goes from the middle to intake valves on each side of the head and exit on the other side creating a kind of internal cross flowing combustion chamber where you feed one turbo on each side of the engine.
Whats even smarter is that on lower revs one of the exhaust/intake valves stays shut making it a 2-valve engine feeding only one turbocharger and making it a sequential turbo system. This will feed the one active turbo with more exhaust energy and in theory make better low end power and response.  Very cool idea.  This engine was meant to sit in the Group S Lancia ECV but since Group S was canceled they are extremely rare ( read one..).
Se more info and details in this thread http://www.driftworks.com/forum/drifting-video-pictures/137946-i-thought-no-longer-existed-but-not-drift-but-awesome.html

FM has posted some more info on their FMIIR turbo system. I wrote some harsh words about it earlier: http://www.mazdaspeedy.com/2010/08/flyin-miata-fm-iir-turbokit.html My assumptions was not far off. GT3071R, with .72ar hotside T2 housing with a 60mm turbine wheel

This pretty much sums up what happens at Gatebil events here in Norway.  There is a mix of drift cars, unlimited track cars and a bunch of other tuned cars packing 500+ hp with RWD or 4WD.  Smoke is more important than