I just got my wastegate from Synapse Engineering. 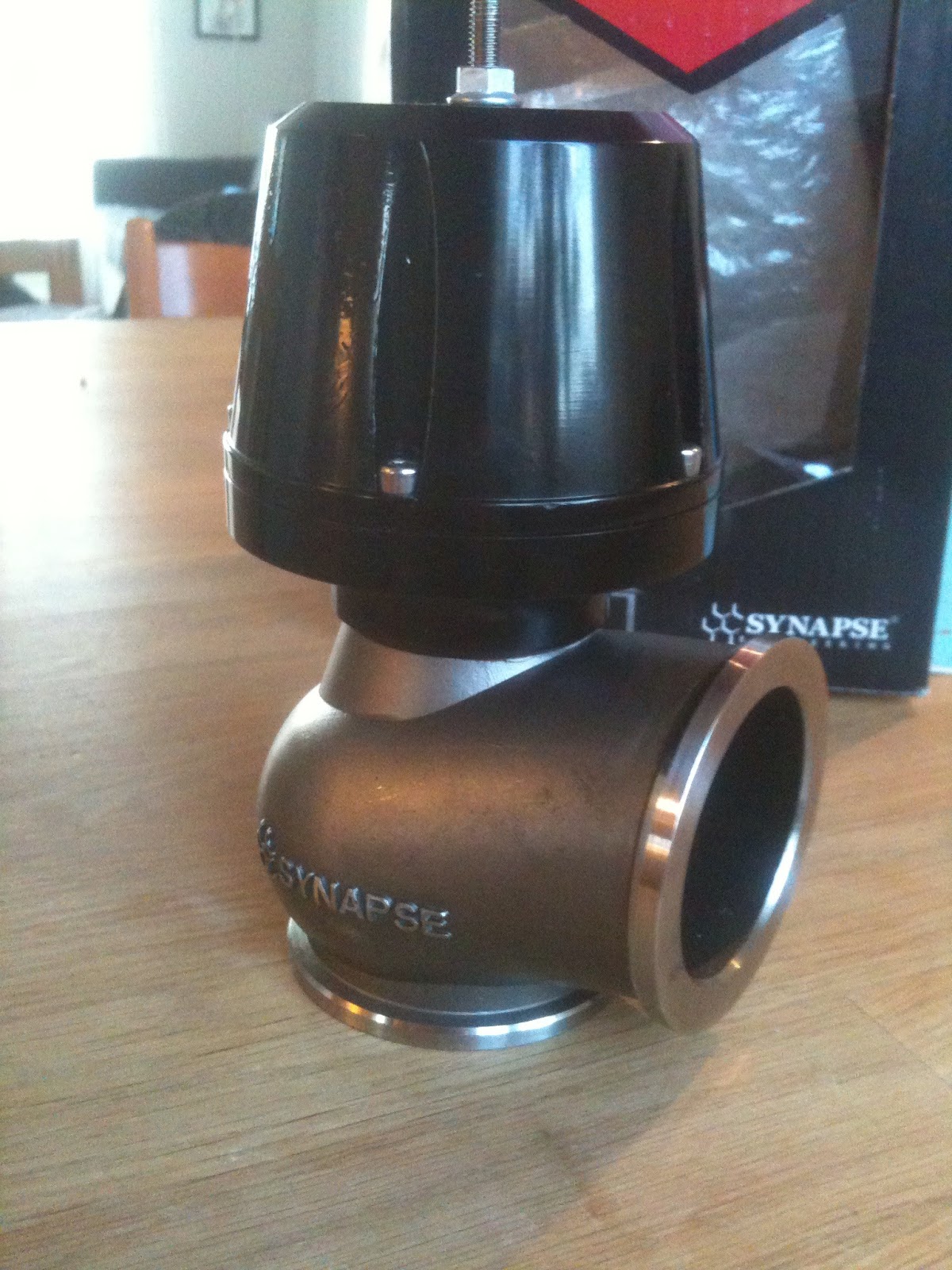 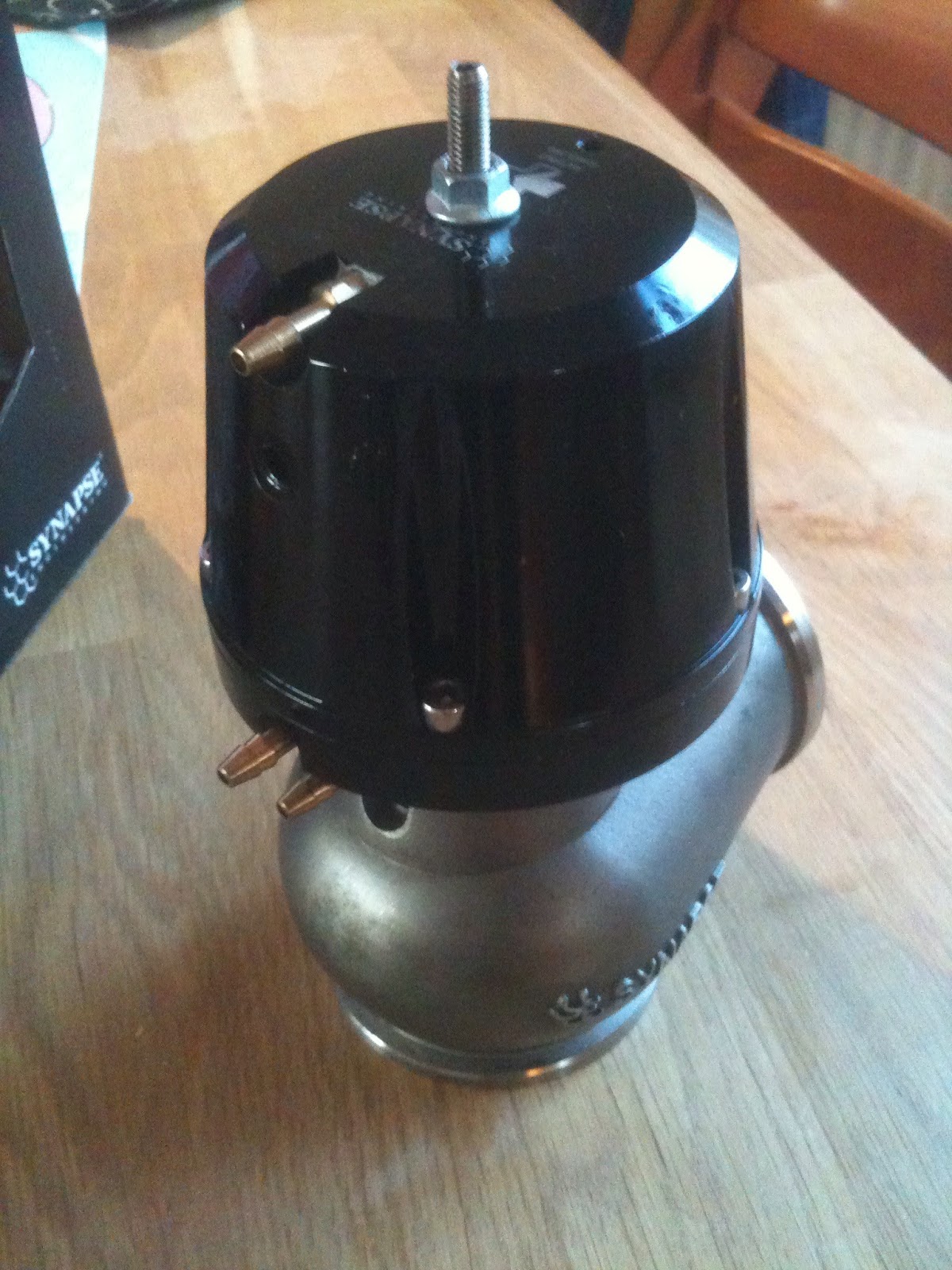 Huh, a waste gate for å Rotrex compressor install you say ? Yes. The WG doesn't care if its wasting cold or hot air. Since I'm only tampering with the cold side of the engine the WG will only see clean compressed air instead of 500C exhaust gases.
The idea of controlling Rotrex boost by WG has been thoroughly tested by Jaydee and his insane twin Rotrex'ed Ariel : http://www.k20a.org/forum/showthread.php?t=86410  He is now flossing with 600 whp running twin C38-91 in series and uses a WG for implementing traction control and fighting surge at lower RPM.

The unit is a Synchronic 50mm V-band WG made by Synapse Engineering.  Its based on a pneumatic actuator for super fast control and infinite adjust-ability instead of the traditional diaphragm as used on most other brands. 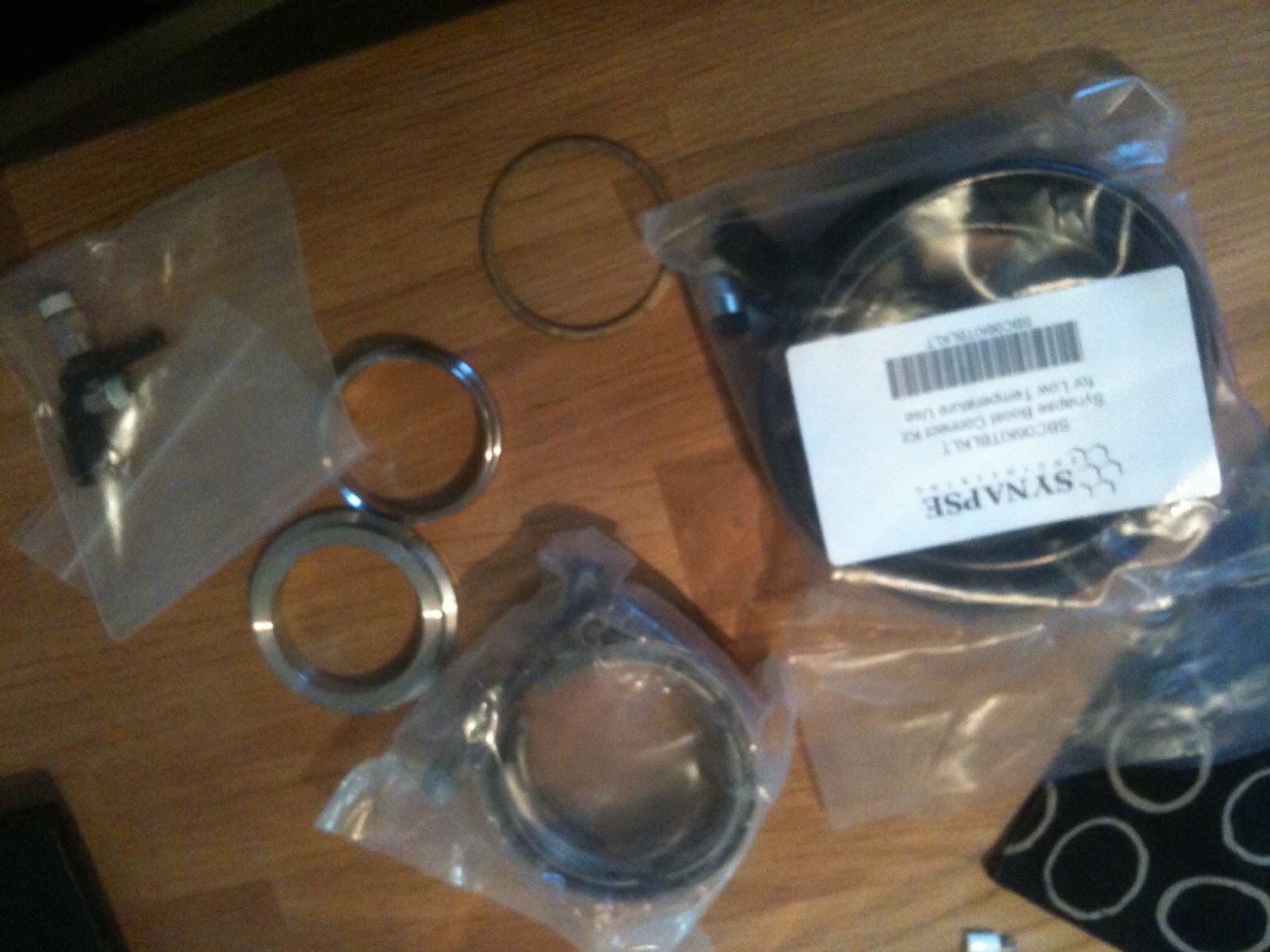 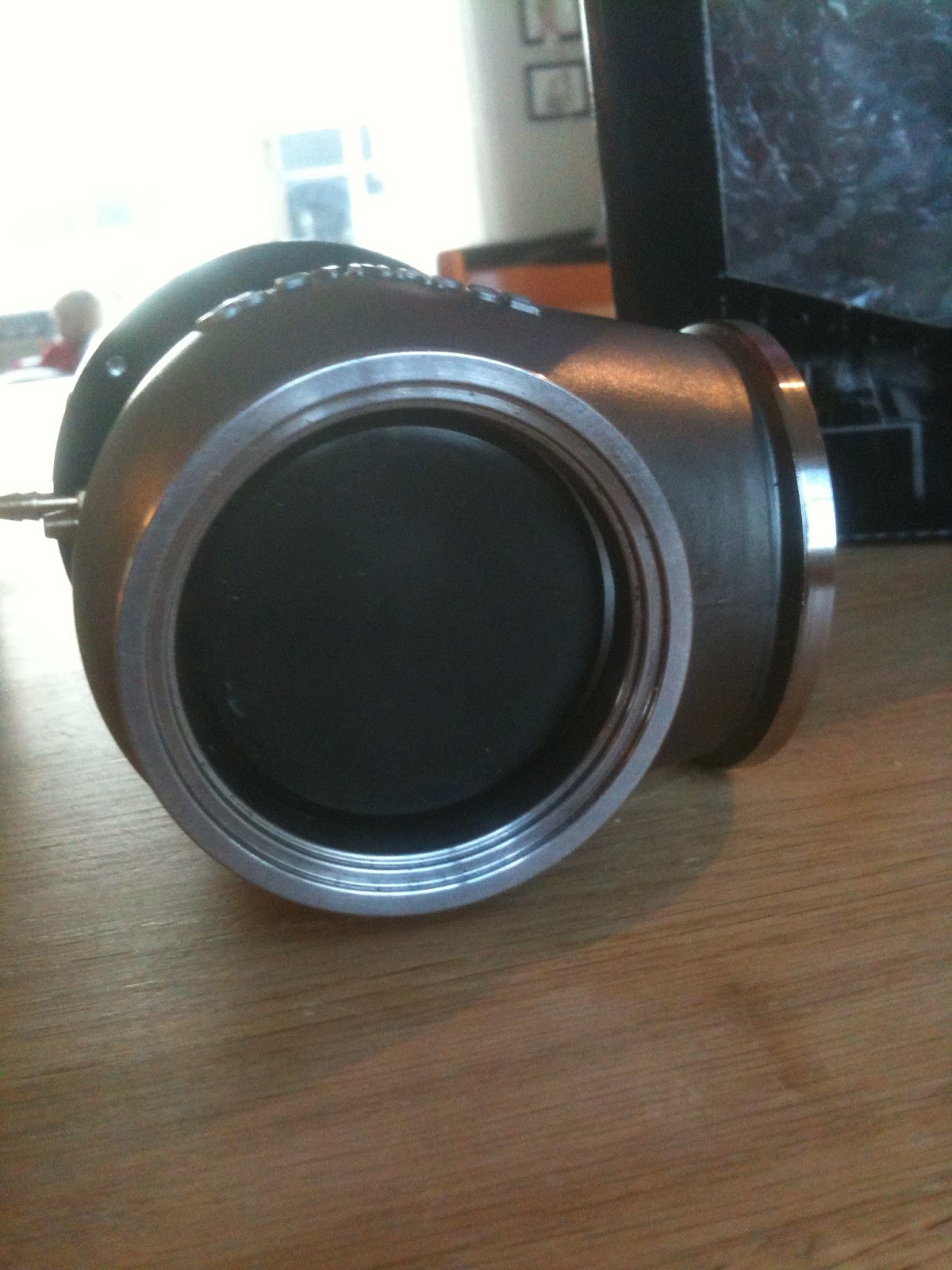 50 mm is probably overkill but they include an extra 44mm valve seat and spring for even more tuning options. I will try to mount it pre IC if there is room as I don't see the point in cooling intake charge that will be bleed off later heating up the IC unnecessary. The included flanges are all SS so I need to either make one in alu or hope that the 50mm Tial BOV flange is compatible.  Either way the intake piping cold side will need to be alu to both have flanges for WG and the diverter valve.

To make space for the Rotrex I needed to ditch the PS pump.  I tried driving the car without PS by just looping the lines but didn't like it at all. 225 R888 and agressive wheel alignment is too much drama without the aid

I have had this lying around since february.  I was convinced that it would be on the car in april but other things took more time than expected. The "kit" consists of the C38-61 Rotrex unit, magnetic filter, oil, oil-reservoar,  oil cooler