I got the Rotrex oiling system finished on Friday and fired up the car.  Since the pipe going from the compressor to the IC is missing the compressed air was going straight down on the floor making dust and all kind of shit flying around the workshop.  The sound was ... loud. I blipped the throttle to about 4K and was practically deaf the next 15 minutes. I hope the DV is a tad more quiet.  The WG will probably sound similar but who cares when you are behind the wheel WOT.

The pulleys and belt worked as planned. Alignment worked properly, no signs of belt wear and the auto tensioner moves when blipping the throttle. I'm almost proud of myself for making this work, so far.  The real test will be on the road @ 20+ psi.

Some pics of the oiling system. Ignore the loose EGT wires and other junk:

The oil reservoir was mounted on the charcoal canister bracket. I wanted to place it in front of the radiator with the filler sticking up trough a hole in the radiator panel but it interfered with the IC: 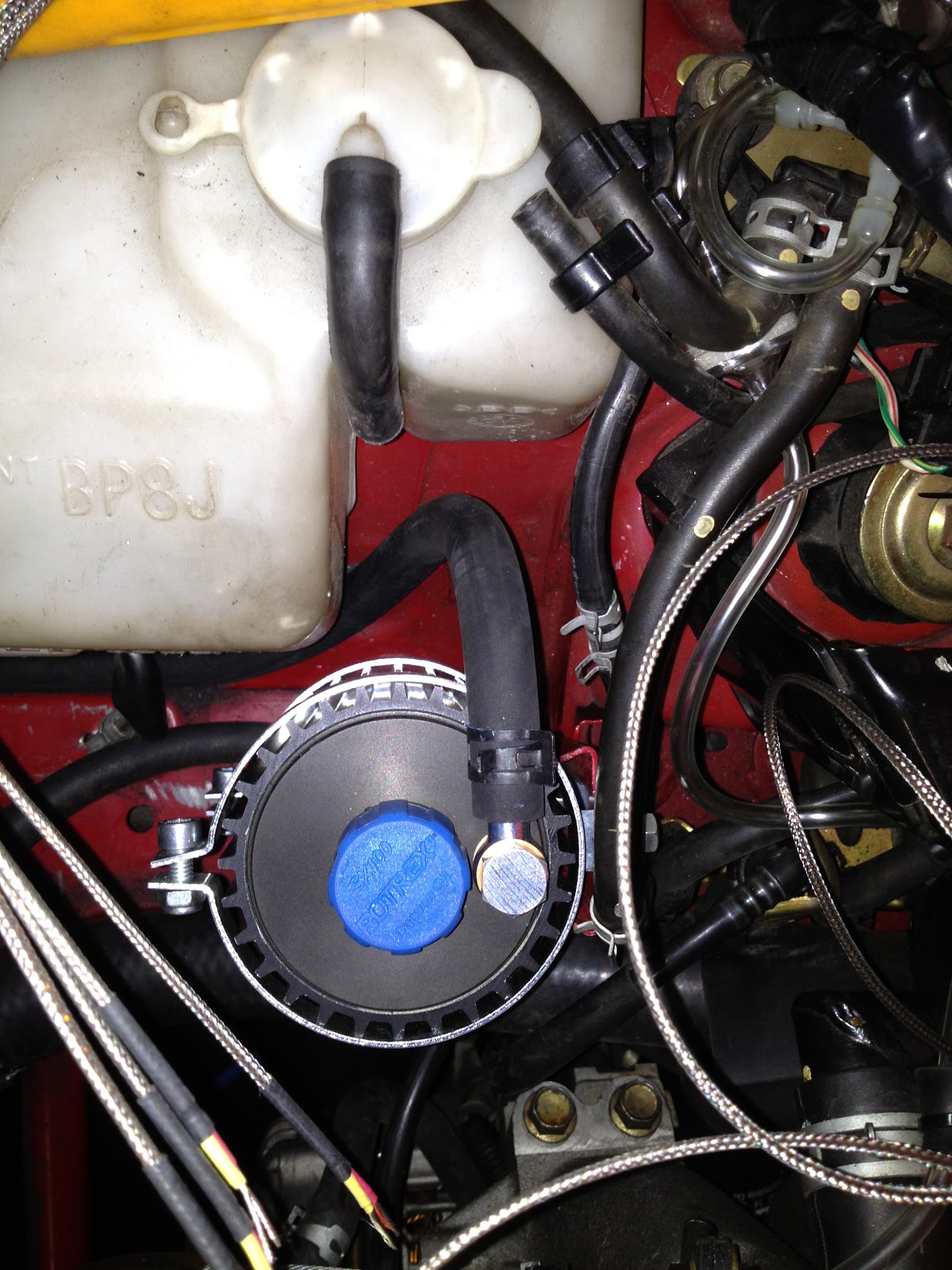 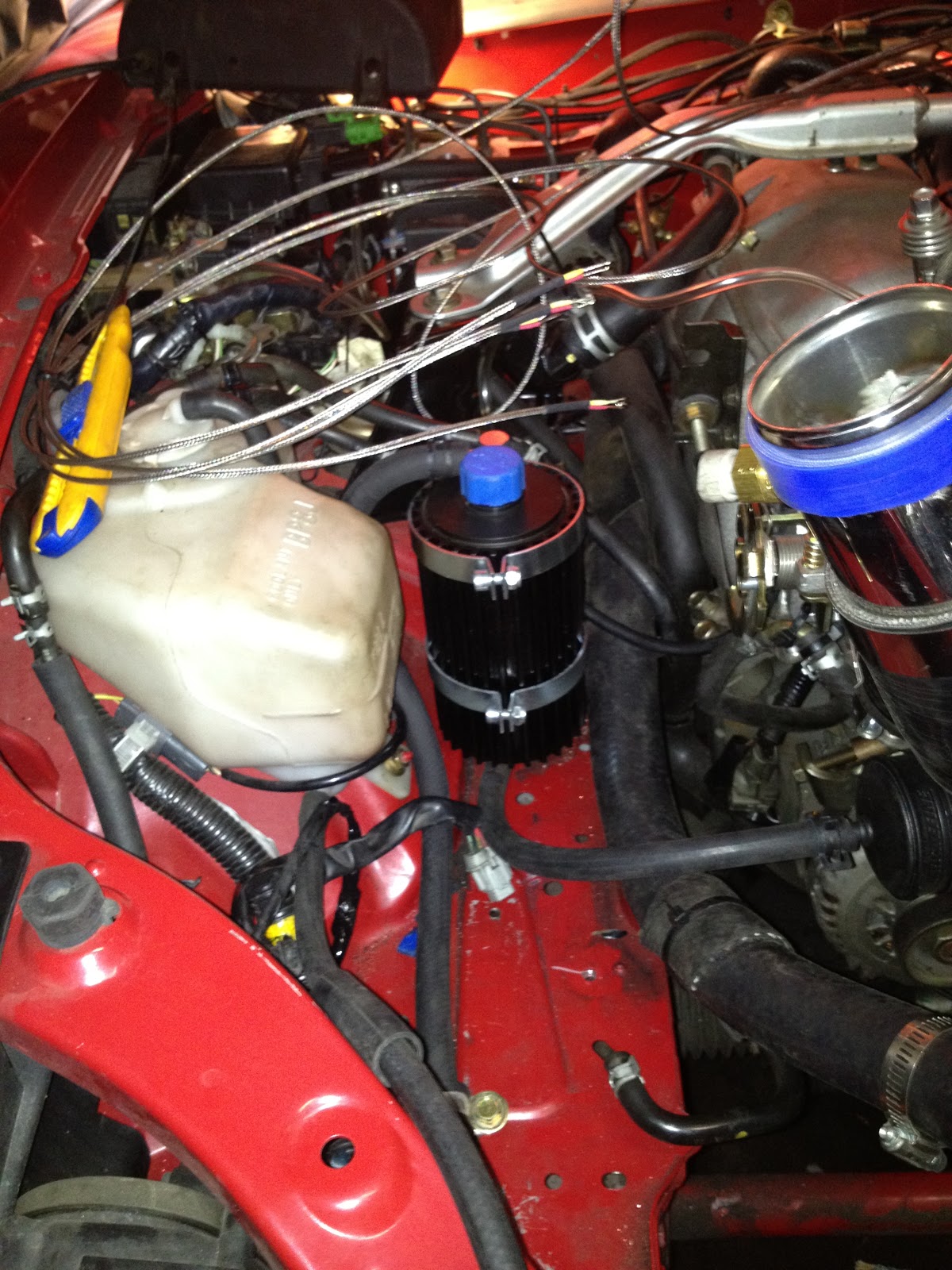 I wanted to mount the filter to the frame and not the engine.  The manual says it should be mounted between the reservoir and the oil inlet which made for a very tight bend on the line when mounted in front of the reservoir. I ended up tucking it under the TB.

The oil feed was routed across the front of the engine as if I didn't have enough mess going on there: 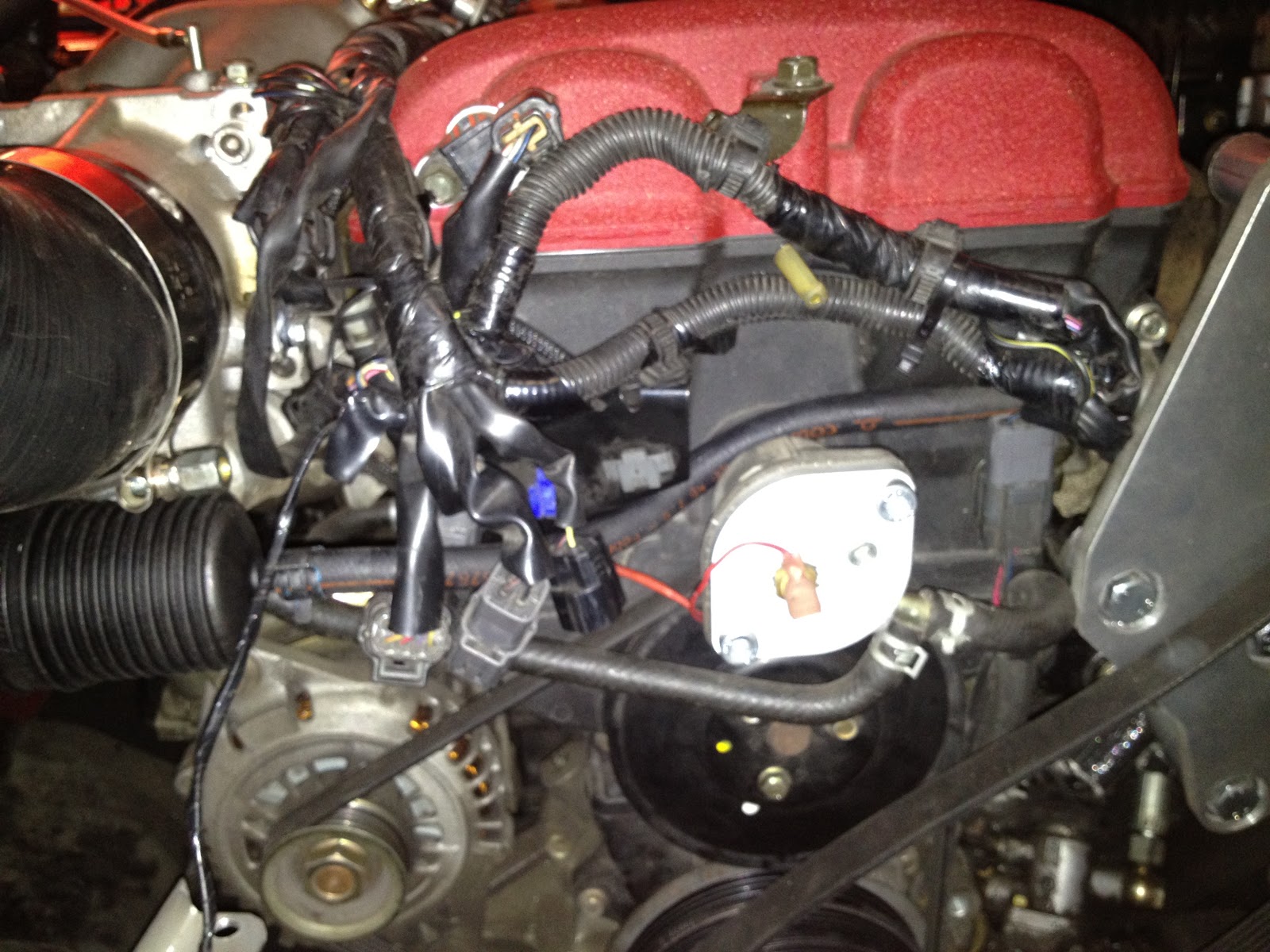 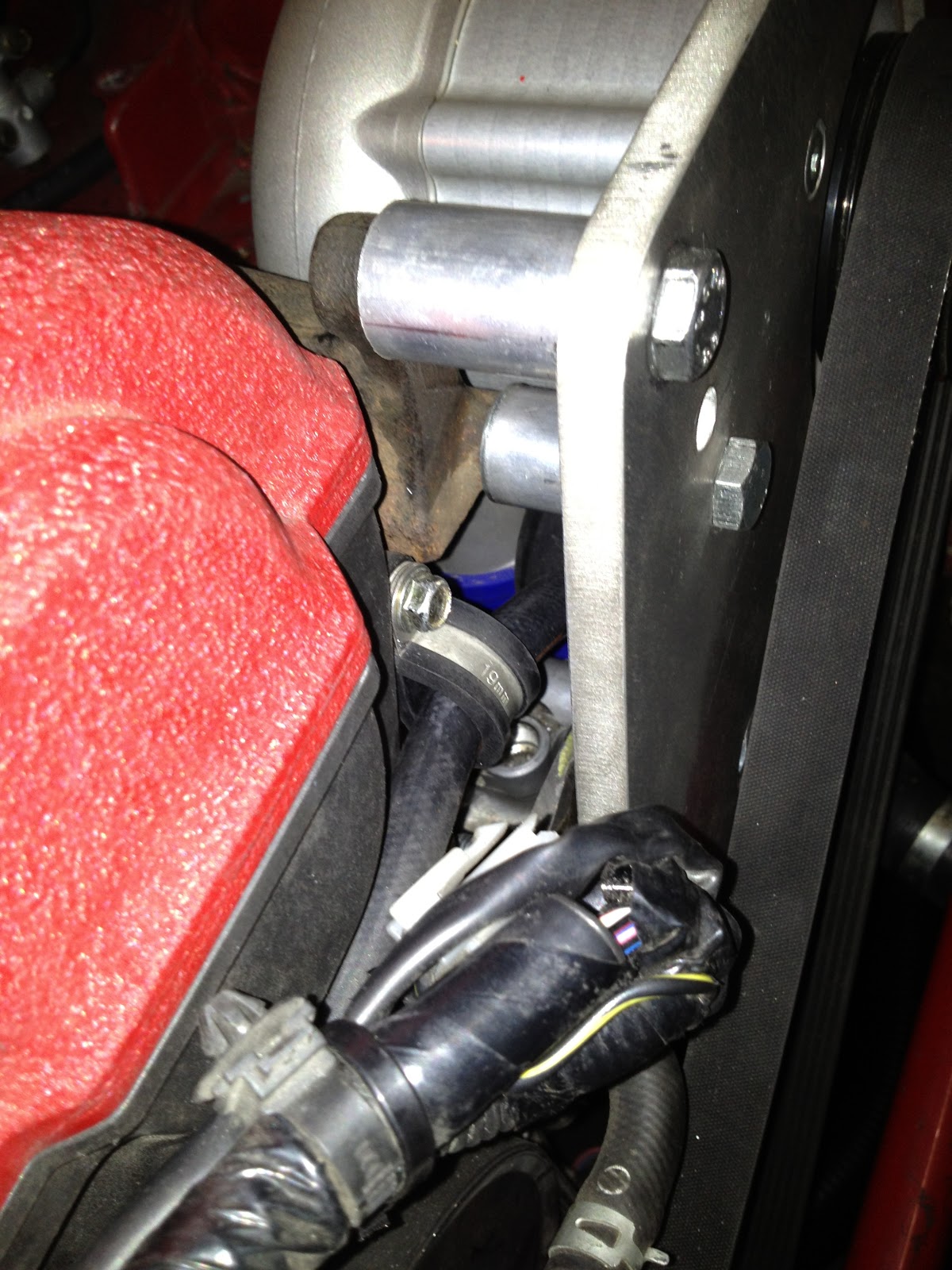 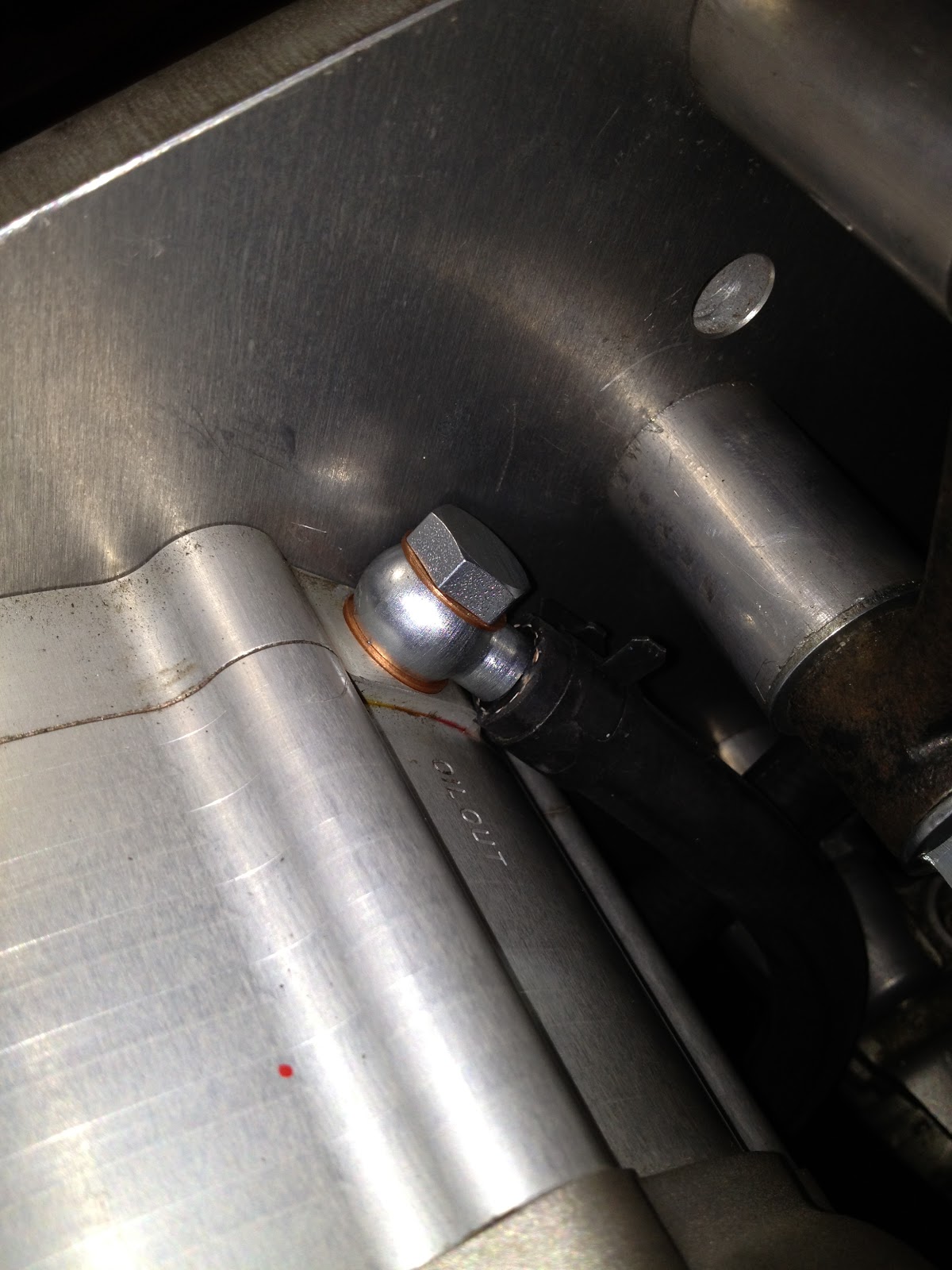 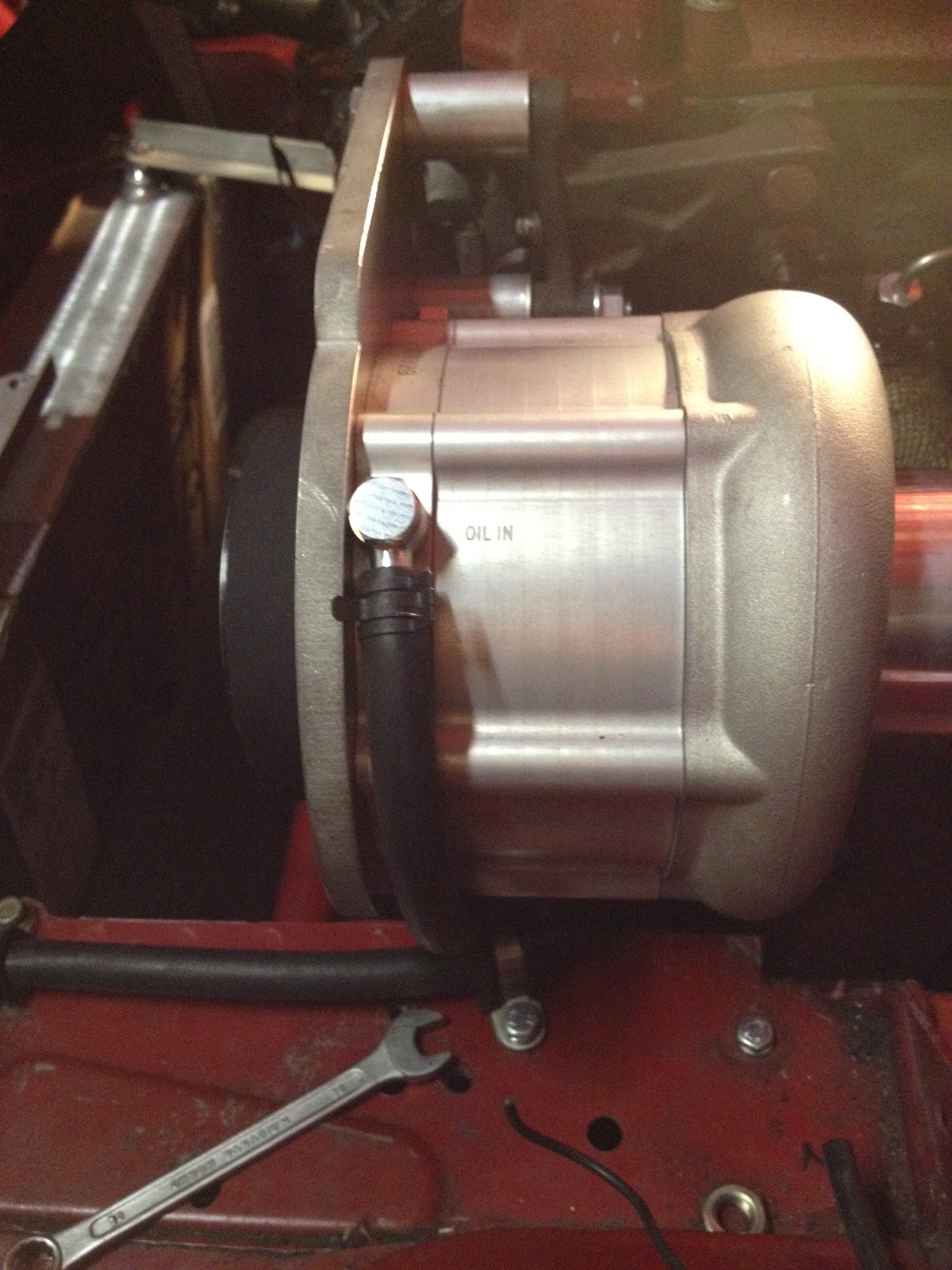 Oil lines from outlet to oilcooler secured with rubber clamps: 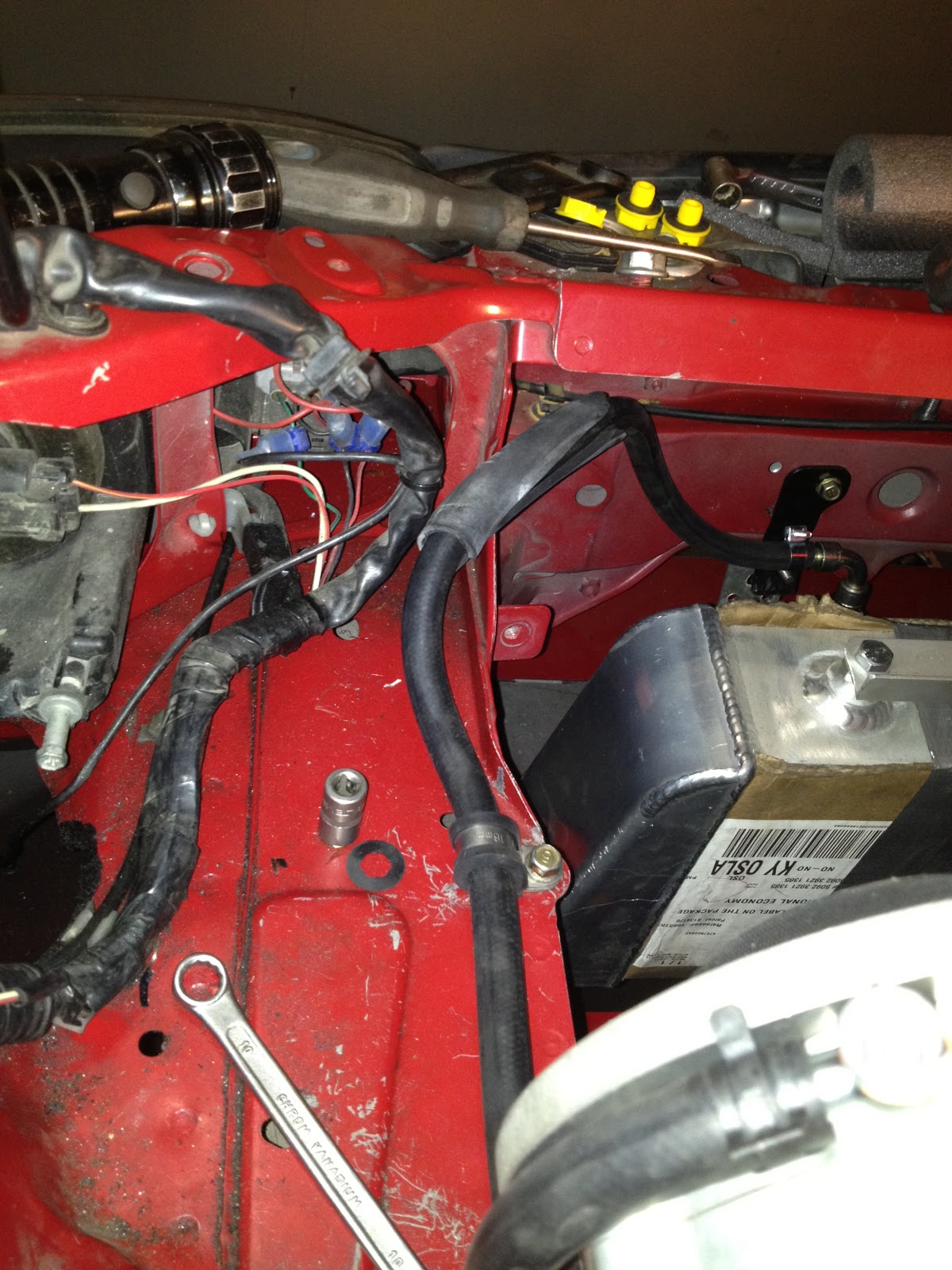 Oil exits the cooler and goes back to reservoir trough an opening to the the head lights area: 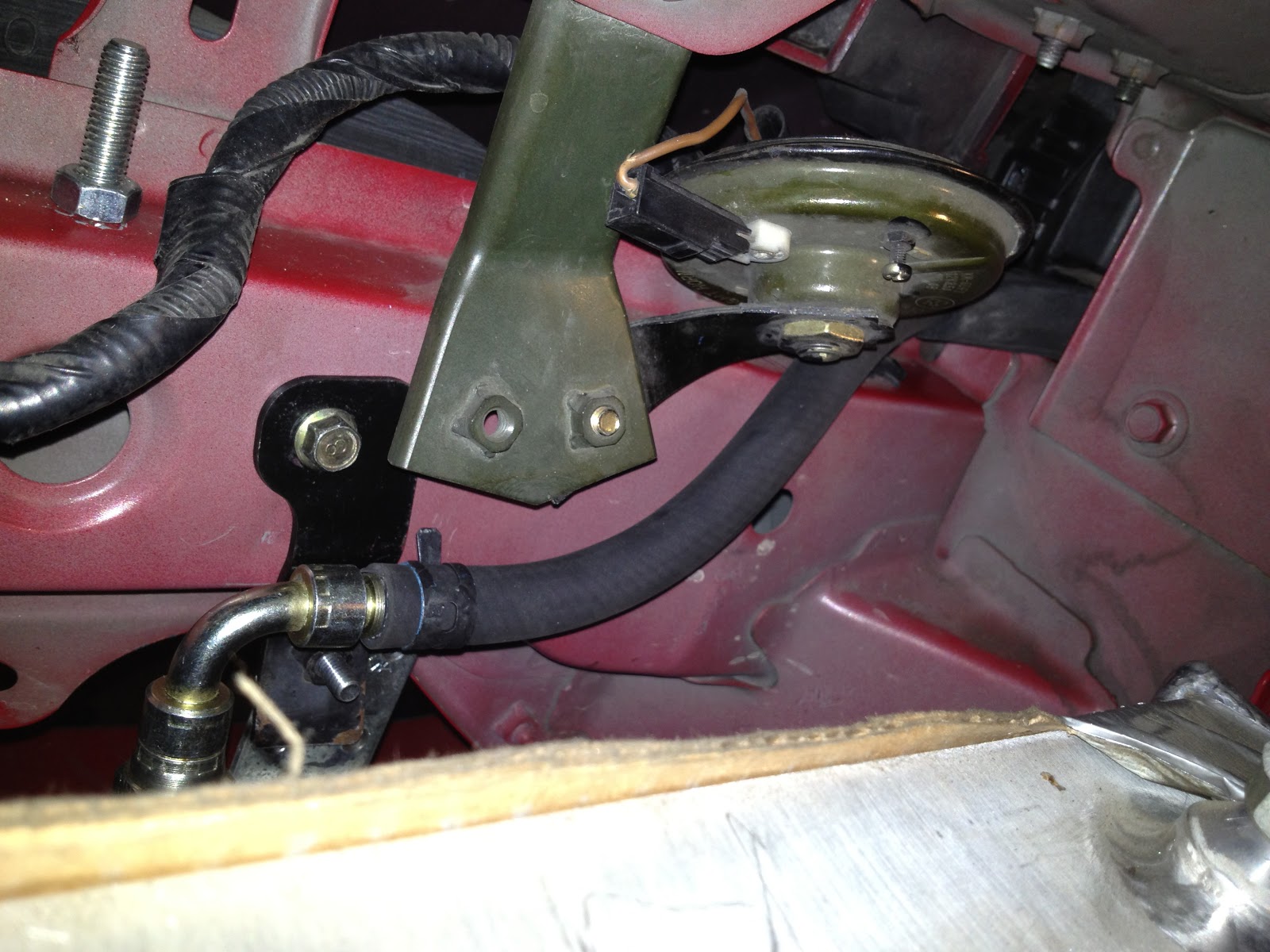 Priming the oil was messy thanks to not reading the manual thoroughly enough.  Air compressor needs < 1 bar, not 3+ bars. More stuff going on tomorrow. I hope to have the compressor pipe ready this weekend.

I now have everything on the car working mechanically. The last major custom part was fabricated on Saturday by Håvard @ my workshop doing his thing with the TIG welder. A 90 and 45 degree turned out to be a perfect fit requiering only one

I knew getting the pulleys to align properly would be a challenge and crucial for proper operation of the Rotrex. Misalignment can result in belt wear/failure and slippage.  Since I'm only using a 6-rib this must be spot on. I read in a