On October 11-16 I took my annual trip to one of the most awesome places in the world; The Nürburgring Nordschleife.
The date was picked to maximize driving on the track instead of attending the Oldtimer GP.
4 full days of touristenfarhten.

The trip down went smooth besides som road work trough Denmark.  I managed to get some sleep on the ferry to Hirtshals but not enough.
Pic of my car before entering the ferry. 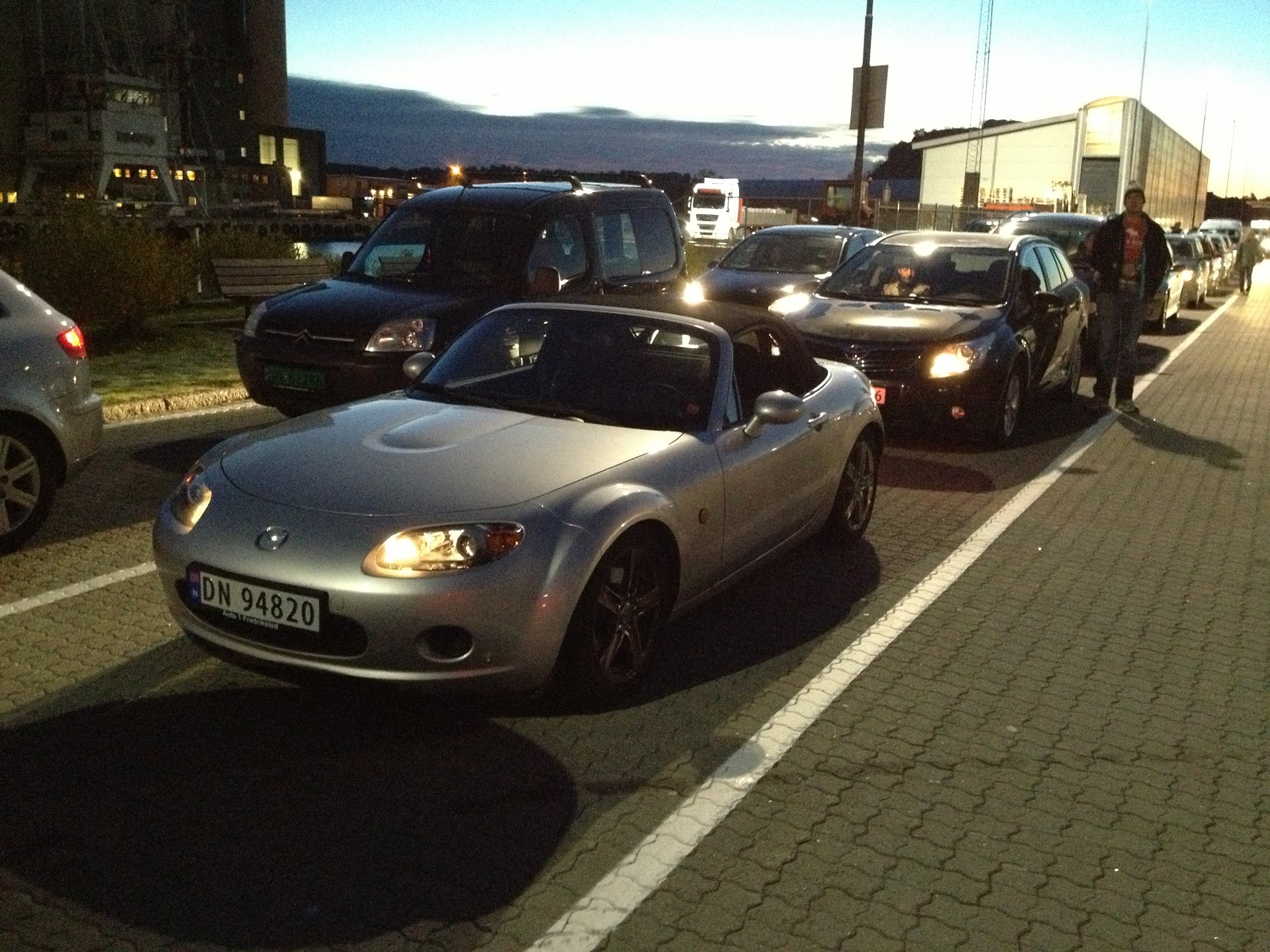 I arrived at Adenau around 2200, exhausted, but I managed some beers with the "Roooaring Monkey Crew" at Pinocchio before saying good nighzz...ZZZzzzz.


This time I stayed at the Blaue Ecke Ring hotel.  Prices this late in the season was reasonable and definitely worth it. 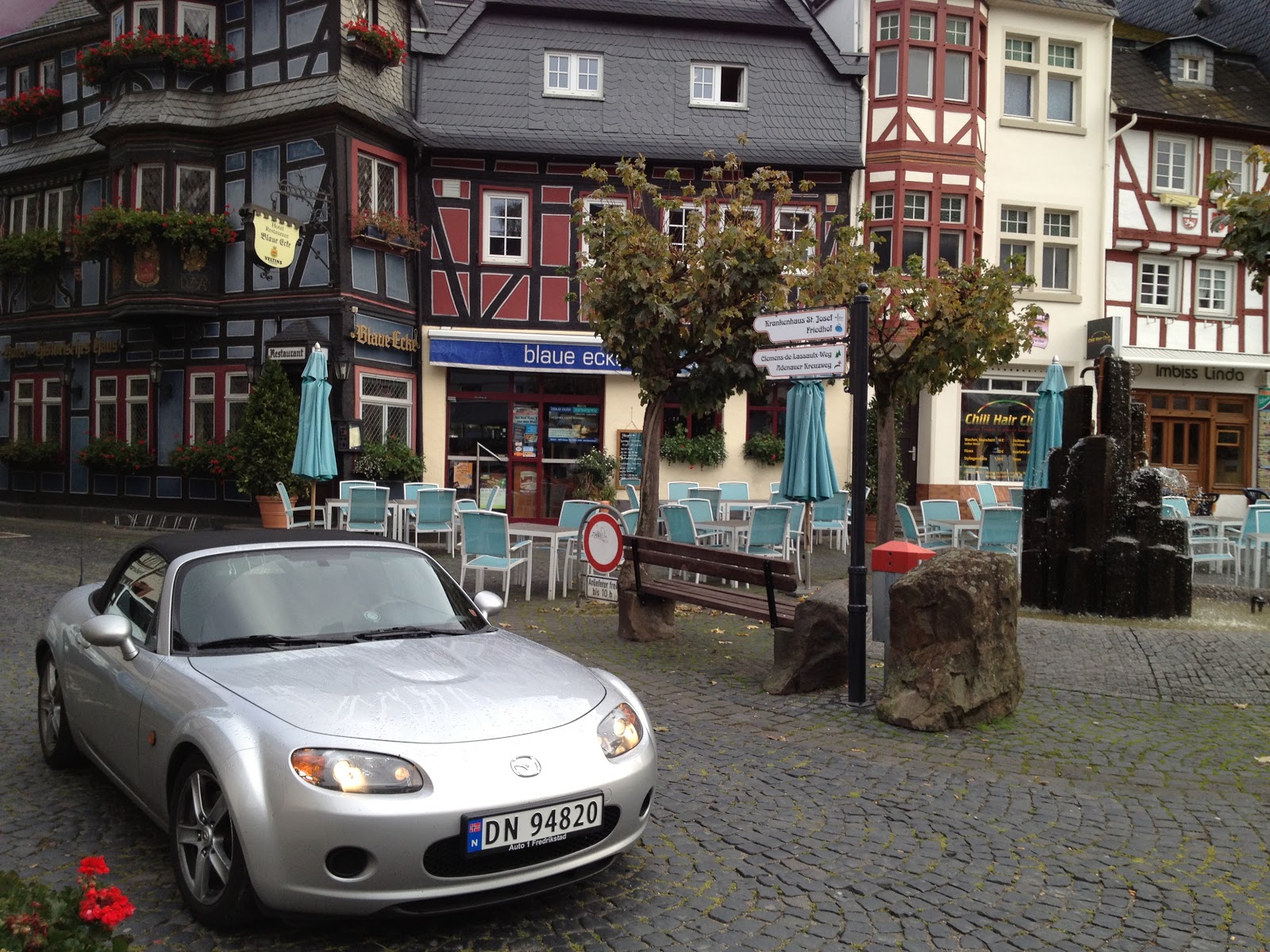 I woke up early the next day to be on the track when they opened at 10.  Grünehölle was unchanged from previous years.  Cramped but not as bad as under the OldtimerGP.  Lots of BMW and Porche as usual. 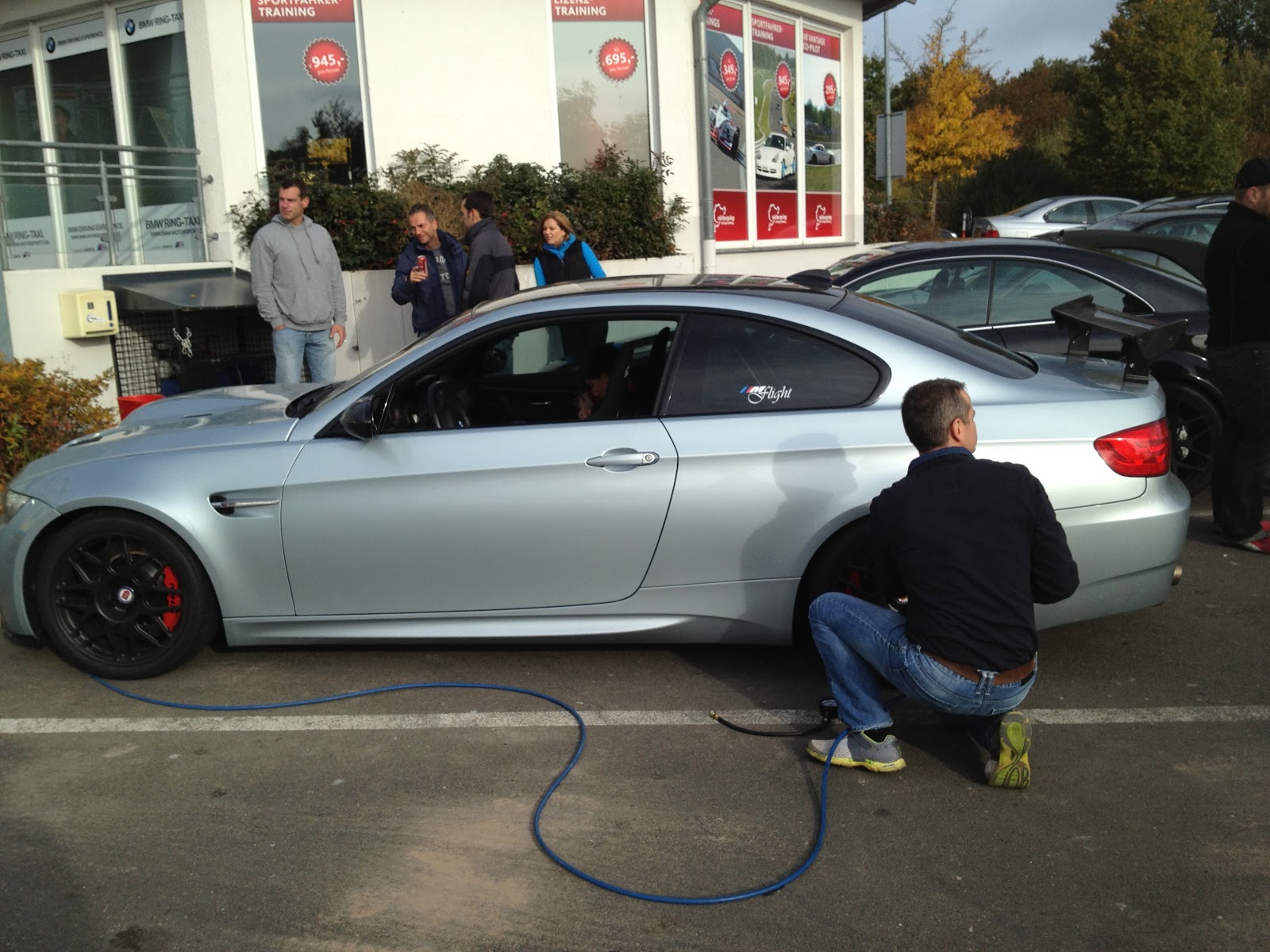 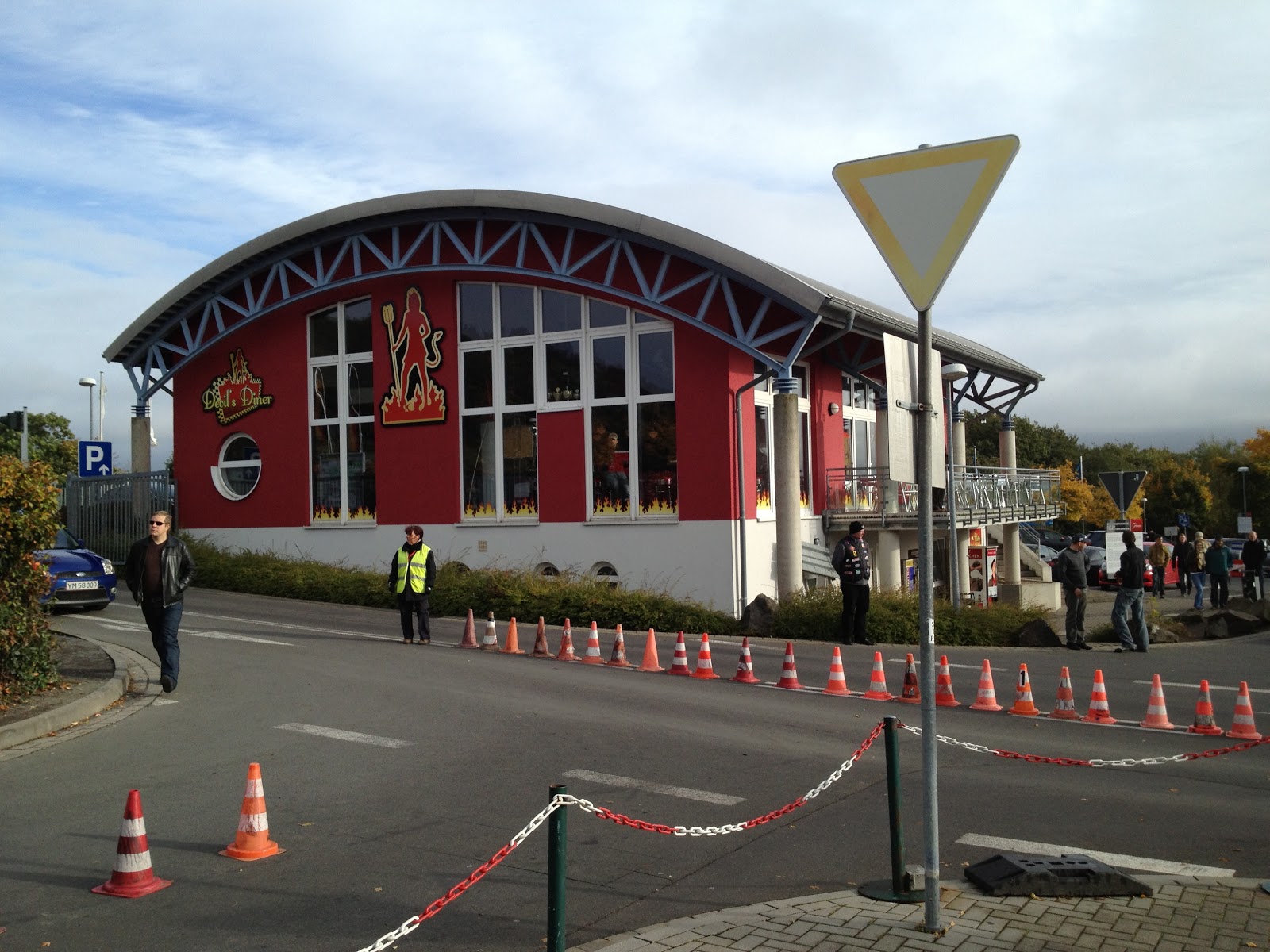 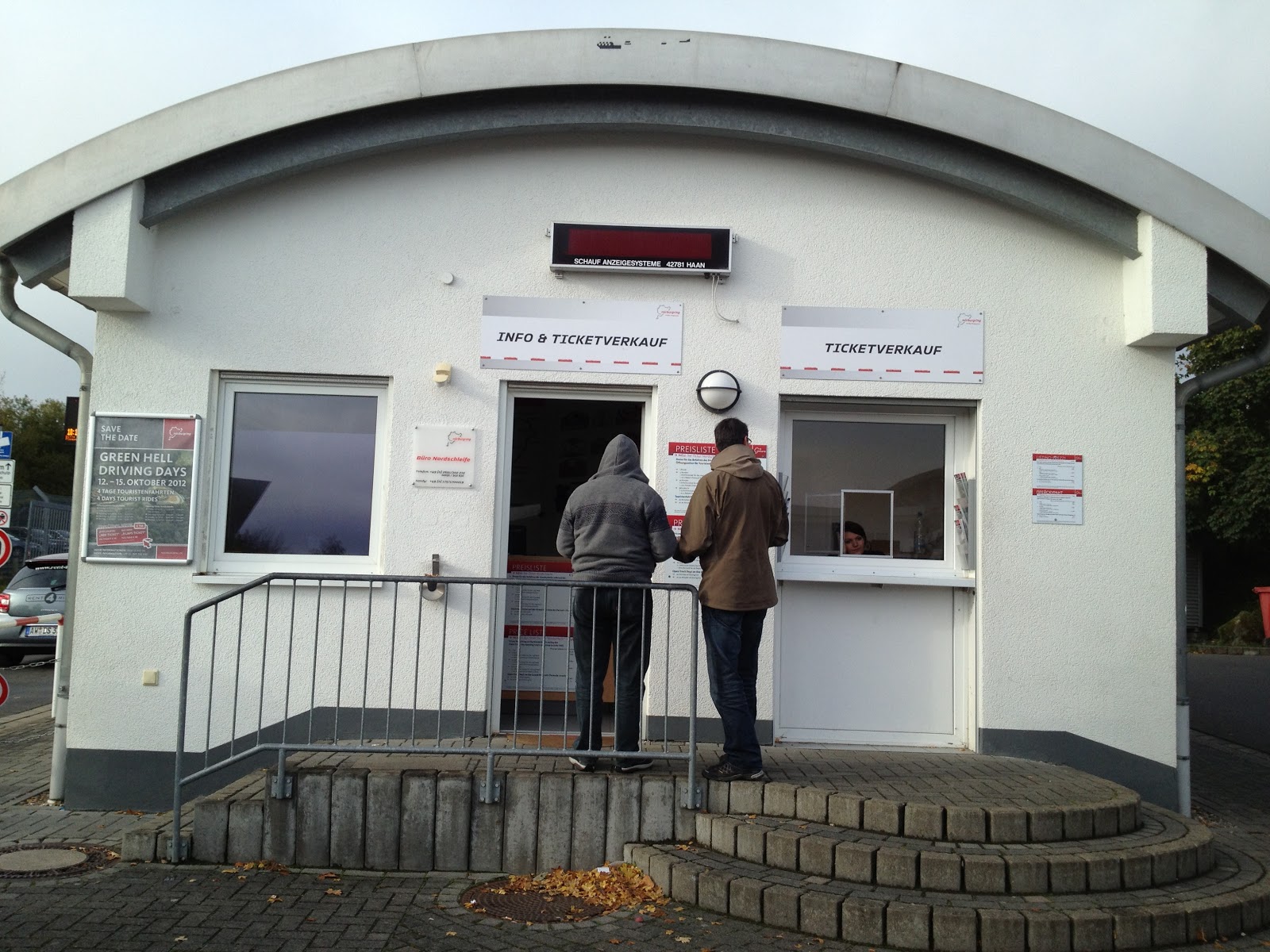 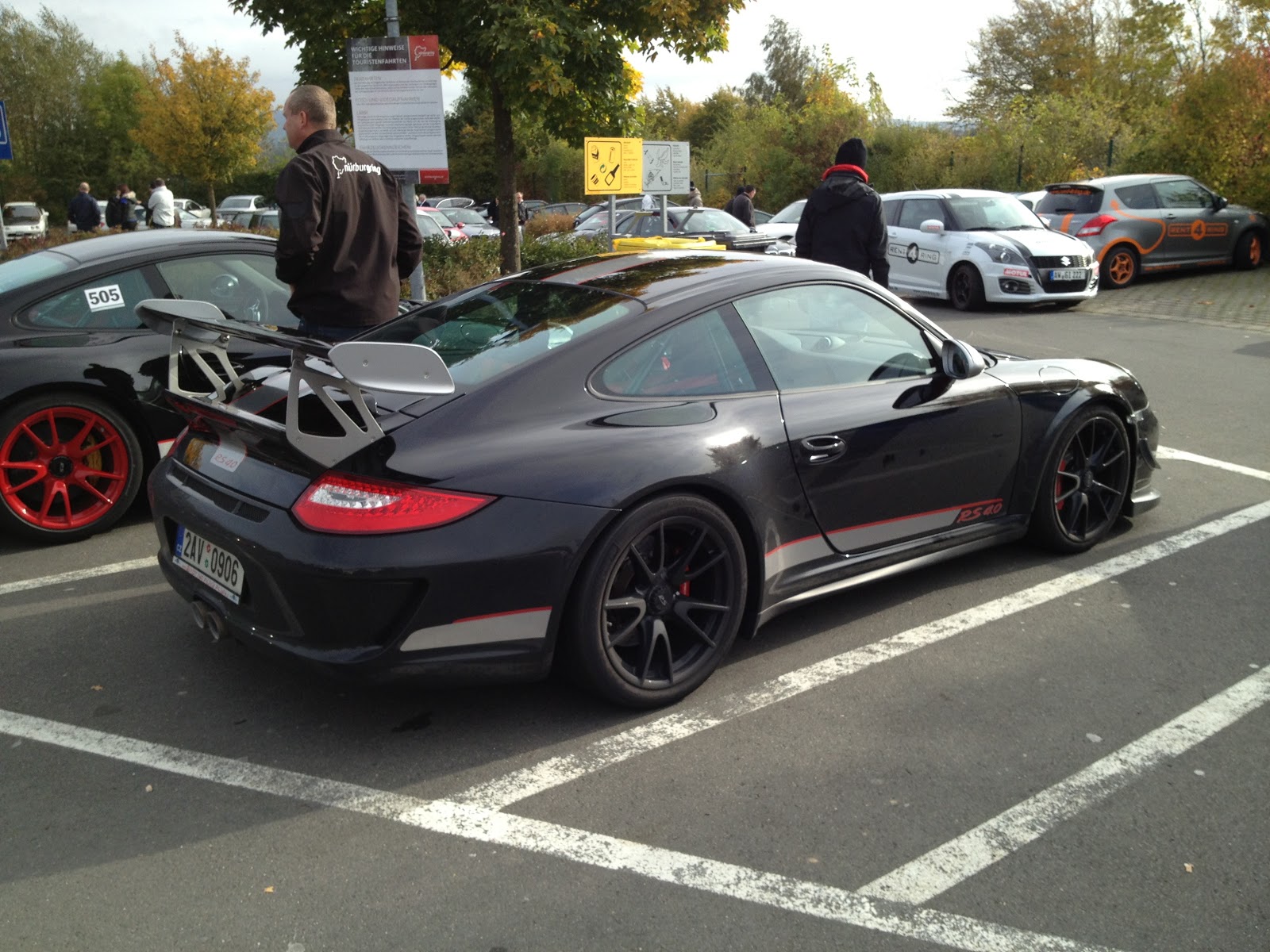 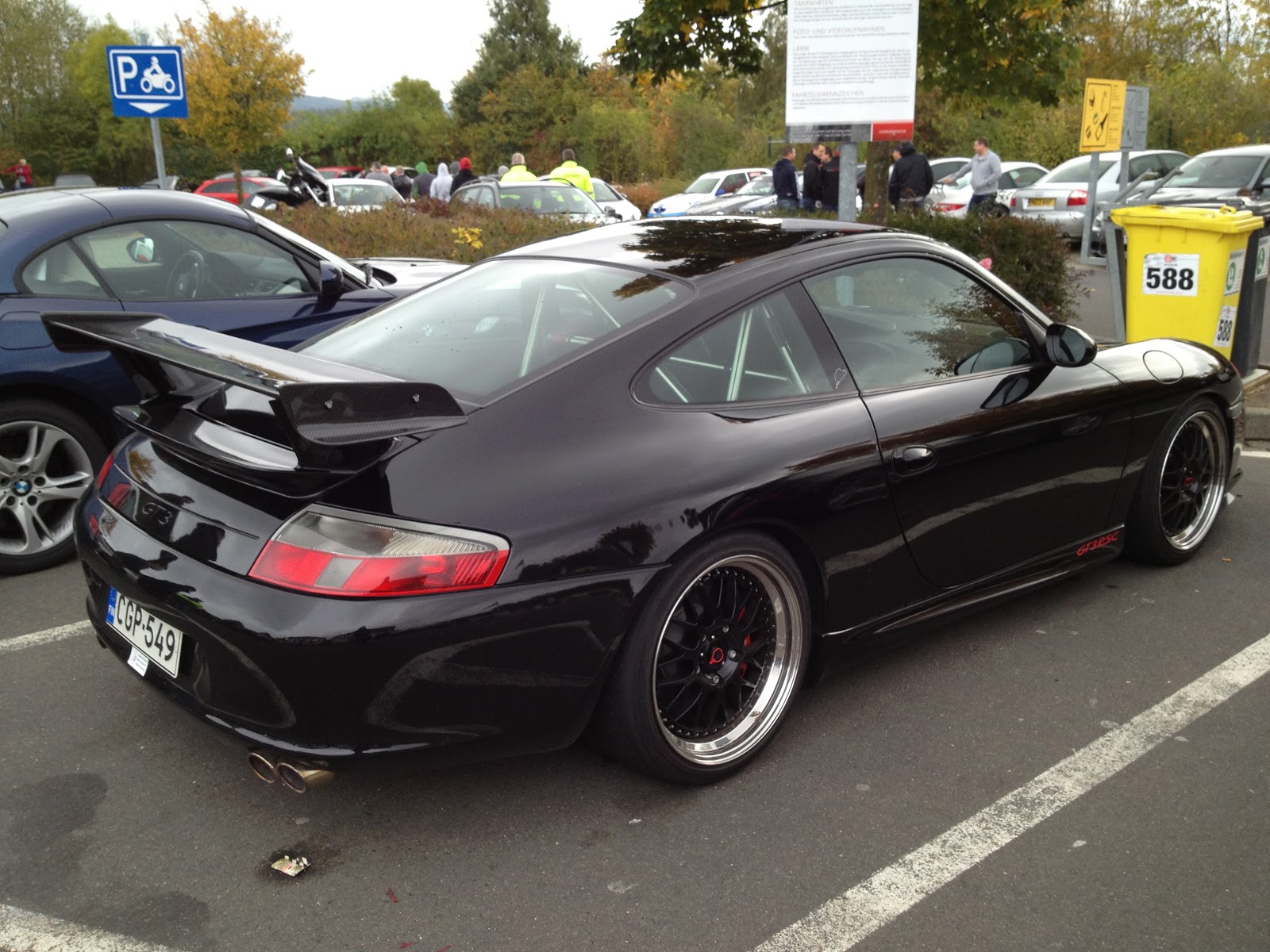 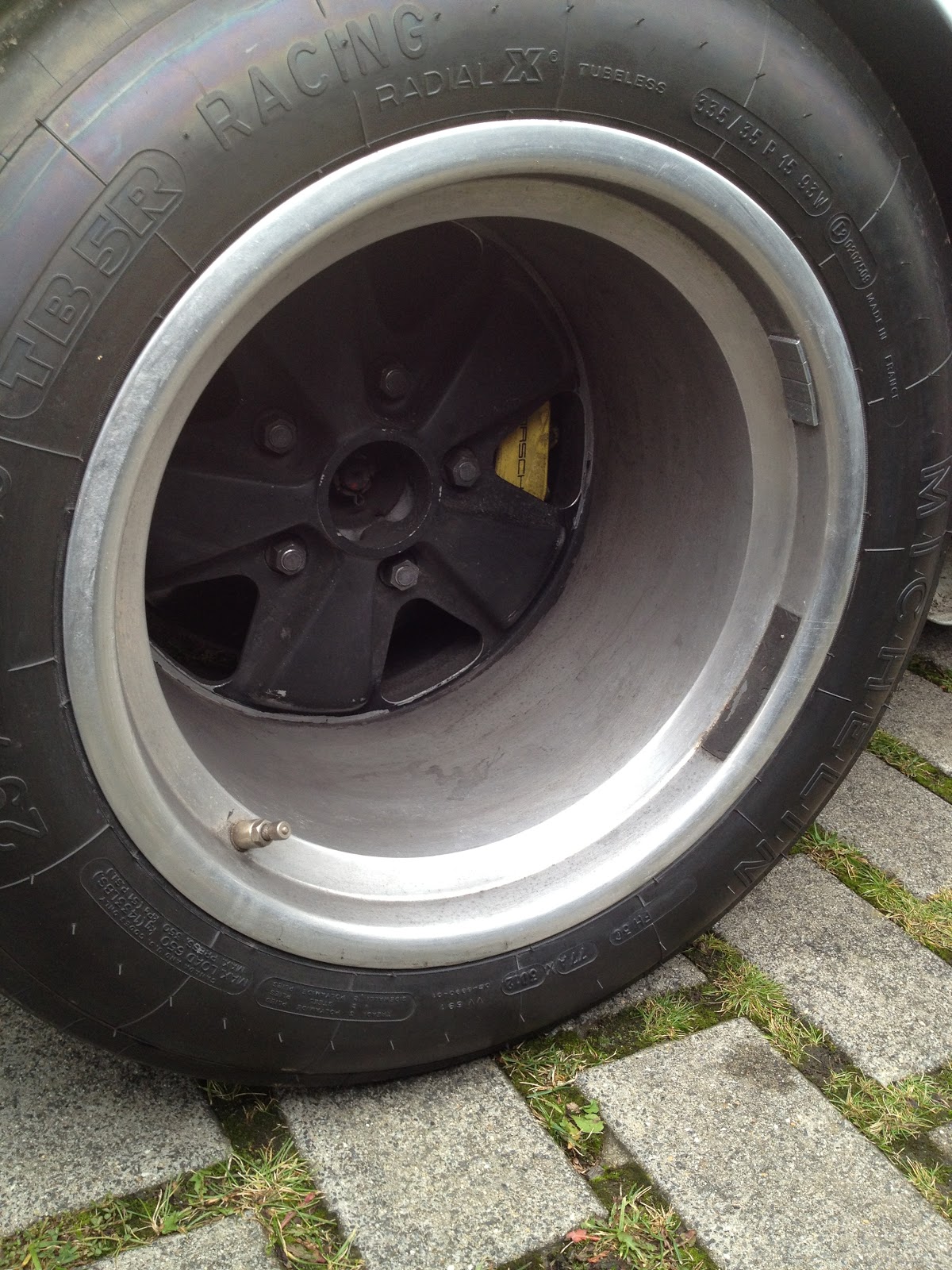 Also the amount of rentals seems to be increasing each year.  Mostly Suzuki Swift but there were also a lot of Scirocco , Citroen DS3 (crazy exhaust note) and some more exotic Artega GT and E9x M3.
I didn't see the Rent4ring NC rental though. It would have been interesting to see what they had done to the car to make i track ready. 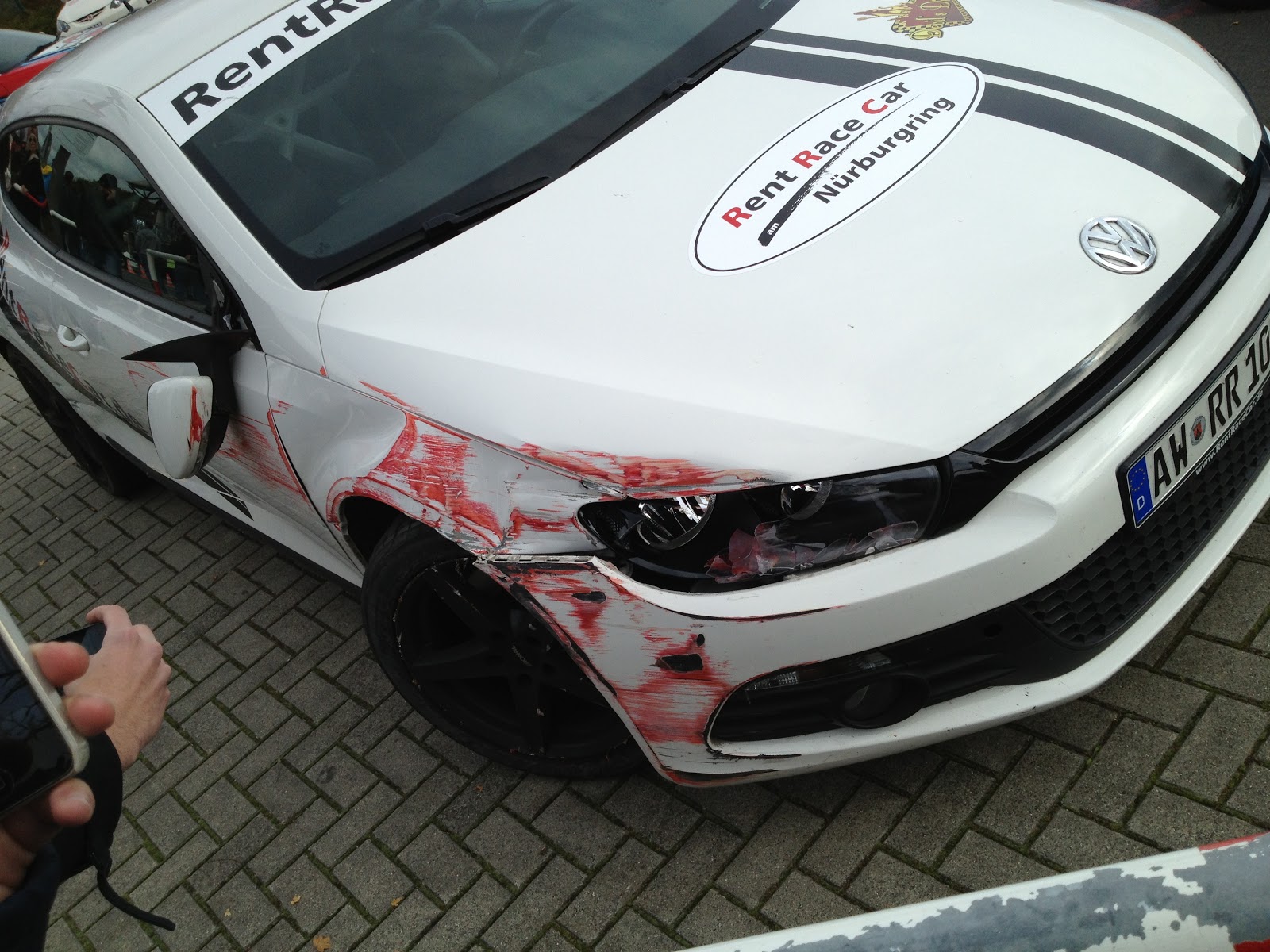 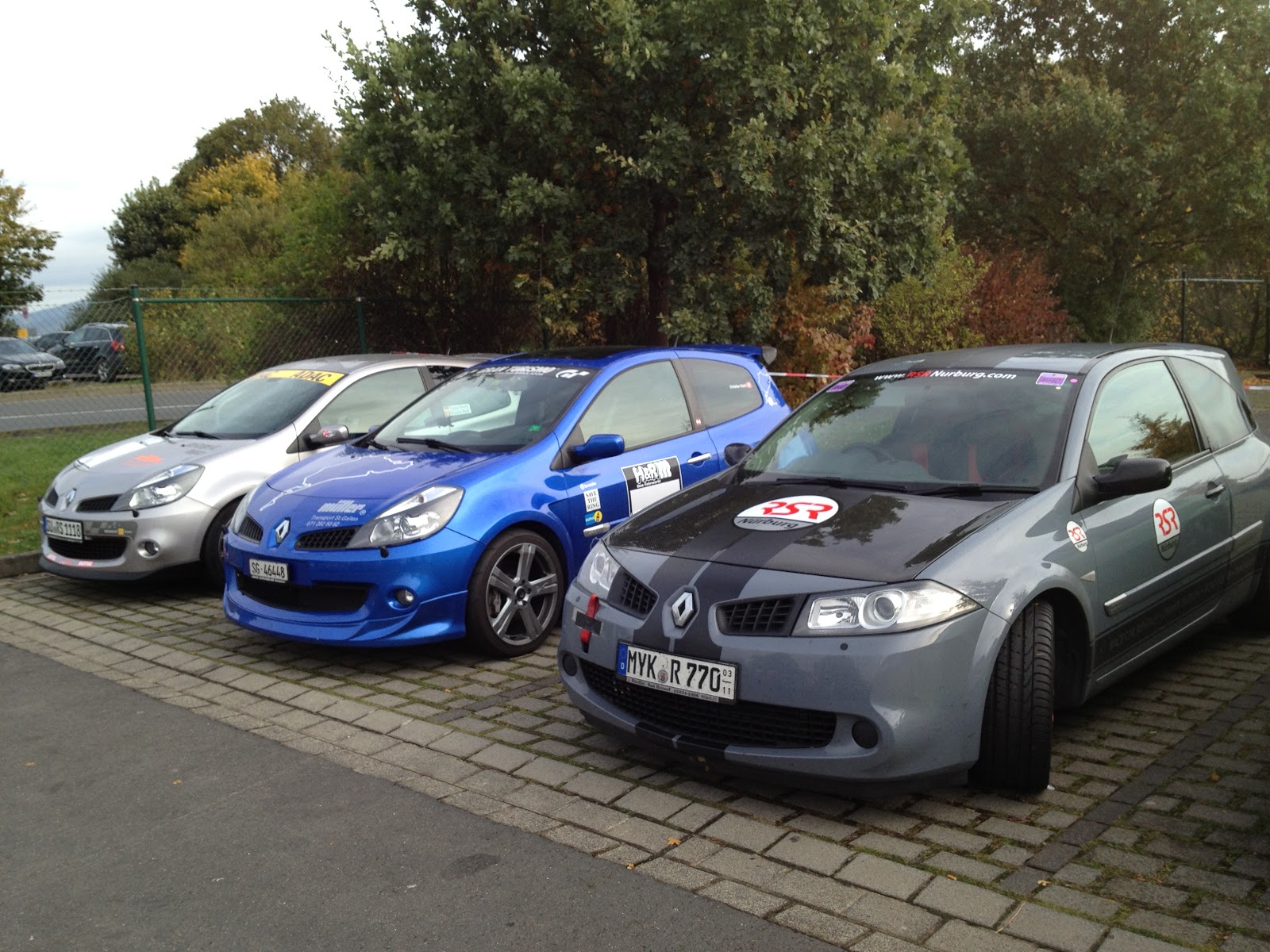 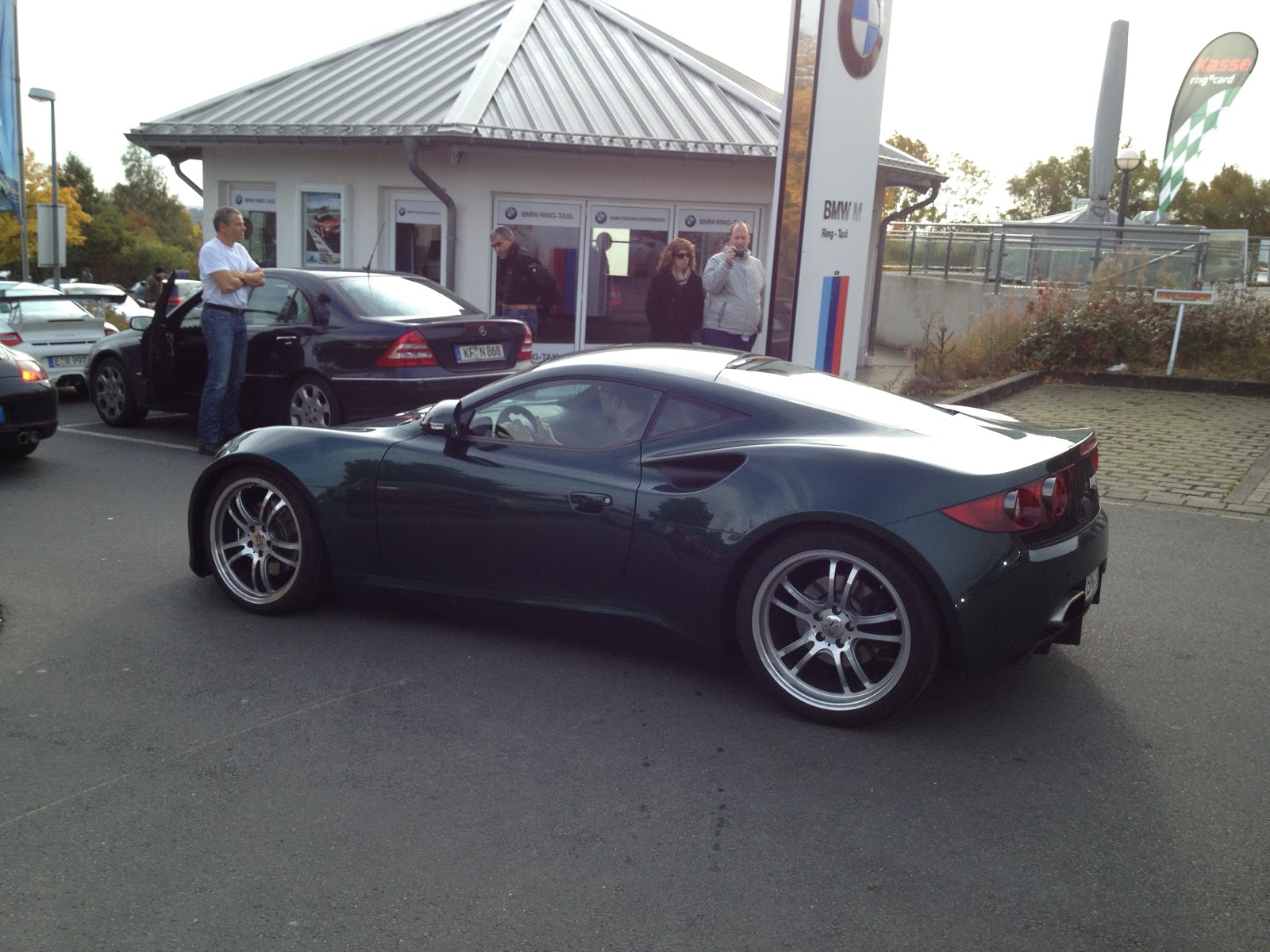 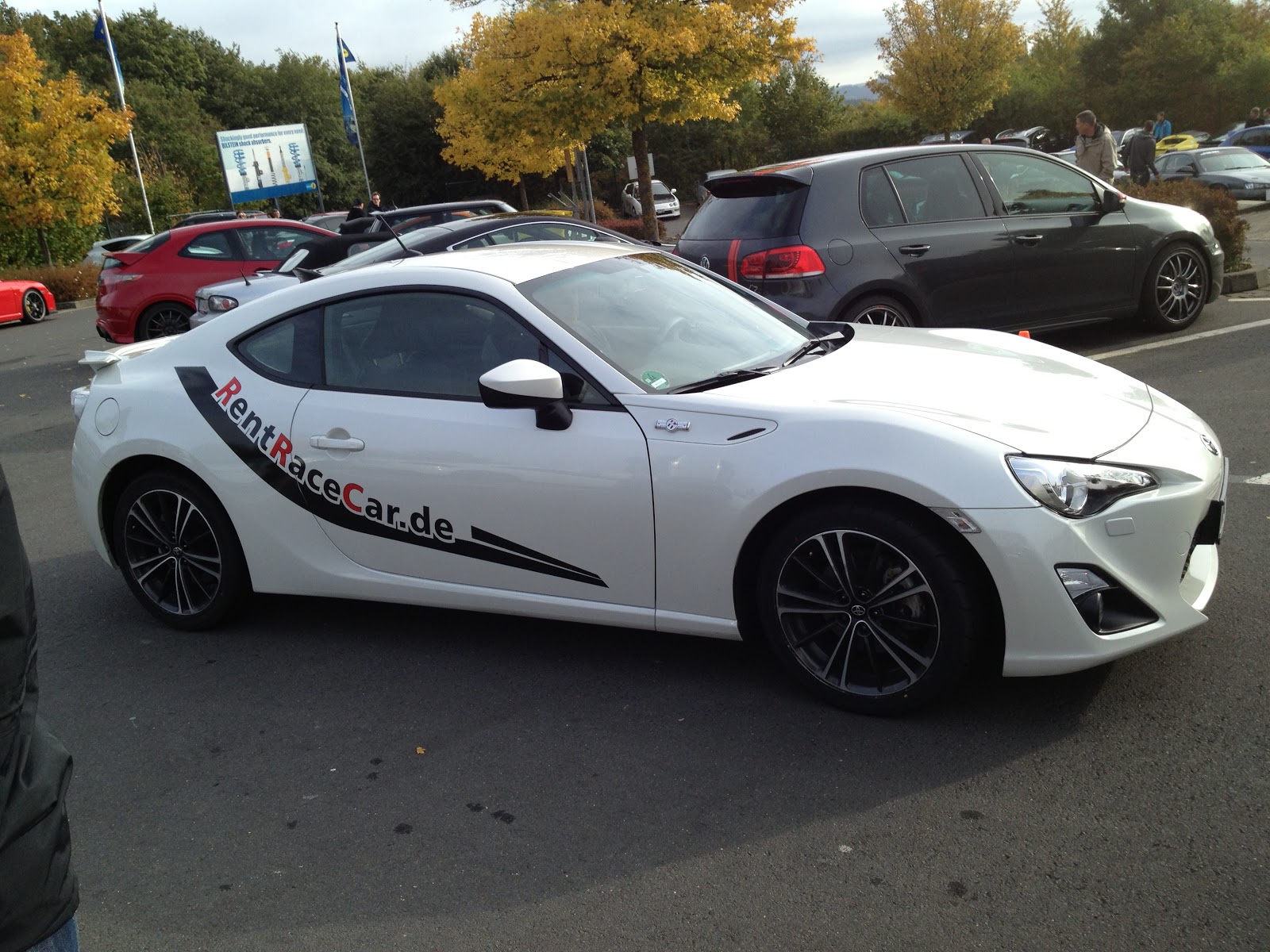 Driving the NC on track for the first time was a blast.  The biggest difference is the high speed stability and the more "safe" feeling of the car. The KW3 worked great.  I was a bit worried if the lower ride height would be a problem out of the carrousel or over curbs but no such thing.
I missed my 225 R888 until the rain started when the TCS and stock tires was the way to go.

My goal was a sub 9 min lap.  I did 8.47 with the N/A MSM on R888 last year but I knew that would be impossible on stock tires and 128 hp. Also the MSM got a very handy 4.1 rear + close ratio 6-speed that was very handy to keep the small pack of ponies right in the sweet spot. Not so with 5-speed and flat-on-its-face power band of the 1.8 NC.

I did a 9.07 the first day after getting up to speed on some slow warmup laps.  I knew there were 10 seconds to be gained on nailing some of the faster turns and I came close the next day with a 9.02,78 . Sadly the rain started after that and kept the track soaking wet the rest of the day and most part of the next as well.  Nordschleife in the rain is not a nice place imho.
The track almost dried up monday afternoon but there were still some critical patches that were damp and very slippery which lead to a best of 09.27 .

I took the long drive home on thursday and managed 212 km/t on gps on the Autobahn. Shortly after that there was a big "stau" that lasted for 2 hours where I nearly run out of gas due to some idiotic alternative route suggestions from the GPS that lead me into the German country side. Fun times....

Except for the bad weather on Sunday the trip was a total blast. I'm really glad I choose to maximize driving times instead of going during the Oldtimer GP as previous years.
I'll be back soon!

I'm upgrading the exhaust this winter to open up the airways for future upgrades and maybe even gain some power on the 1.8. I'm not upgrading the rear muffler as I believe it is superior in doing exactly that, muffling the sound.  I

There is no other car in the world that needs a lowering more than the MX-5 NC.  The tire to fender gap is just ridiculous: Rumors says Mazda had to raise the suspension after the final design to conform to new safety regulations or