I managed to slip my car jack off the crossmember while trying to get control of a oil leak and ended up destroying my radiator a while ago.  After logging temps during a trackday with the CW supercharger @ 12 psi I had no plans of upgrading the radiator as it didn't show any signs of not coping with the added heat.   I'm not a fan upgrading parts if there are no benefits but the CSF radiator from Goodwin is probably the same price as a OEM here in Norway. 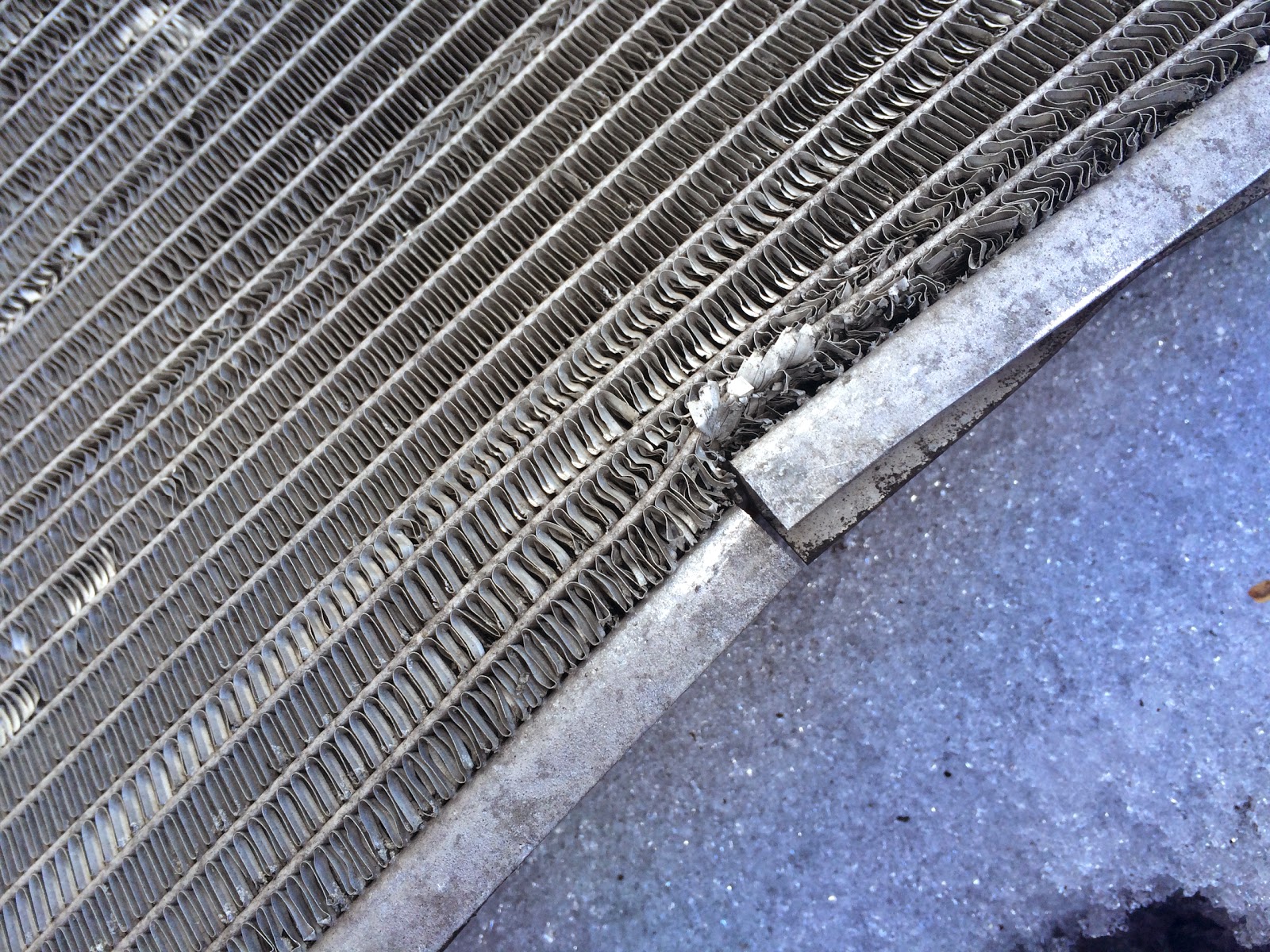 Compared to the new CSF radiator. I would say the thickness is about double the OEM. 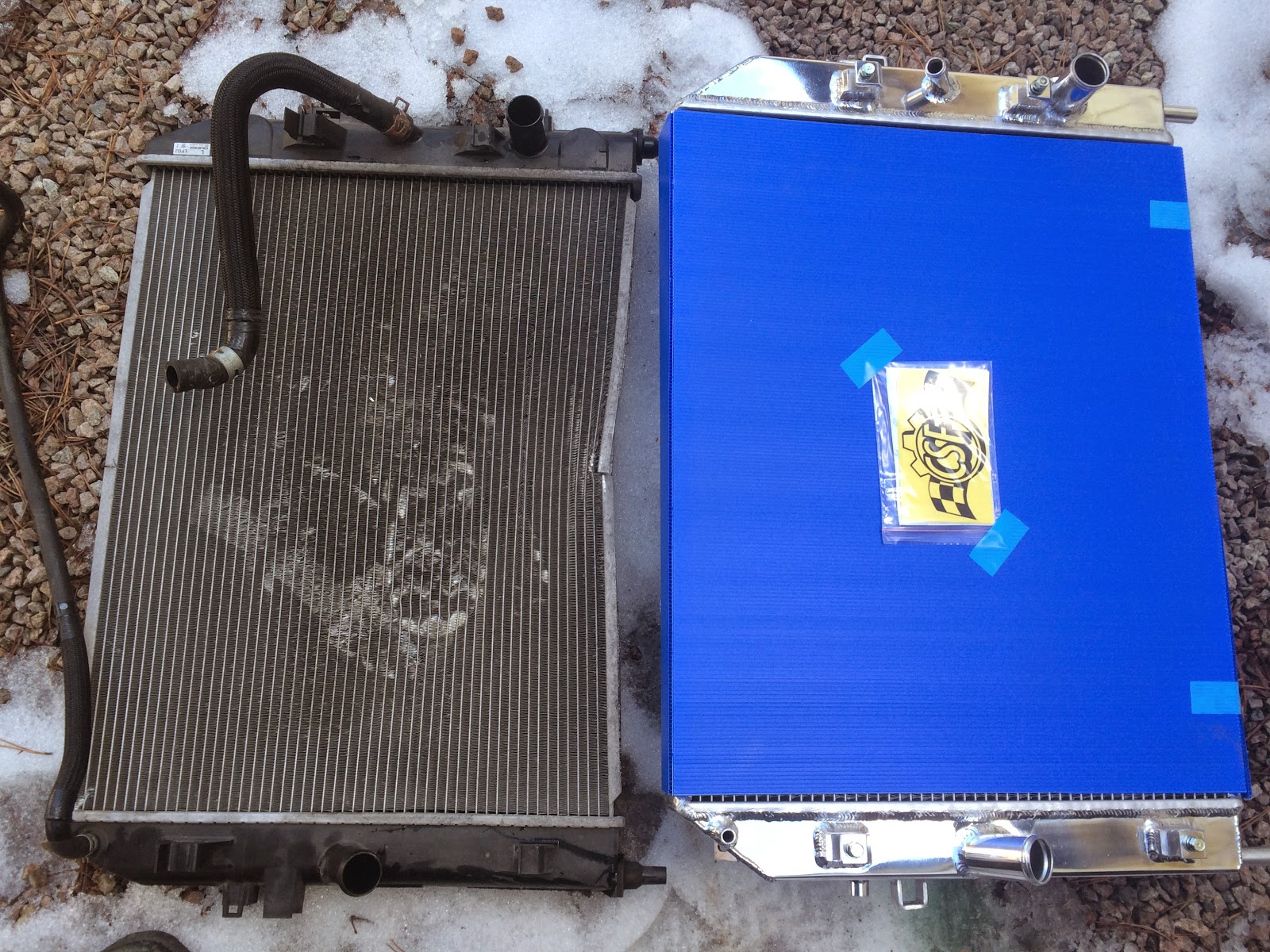 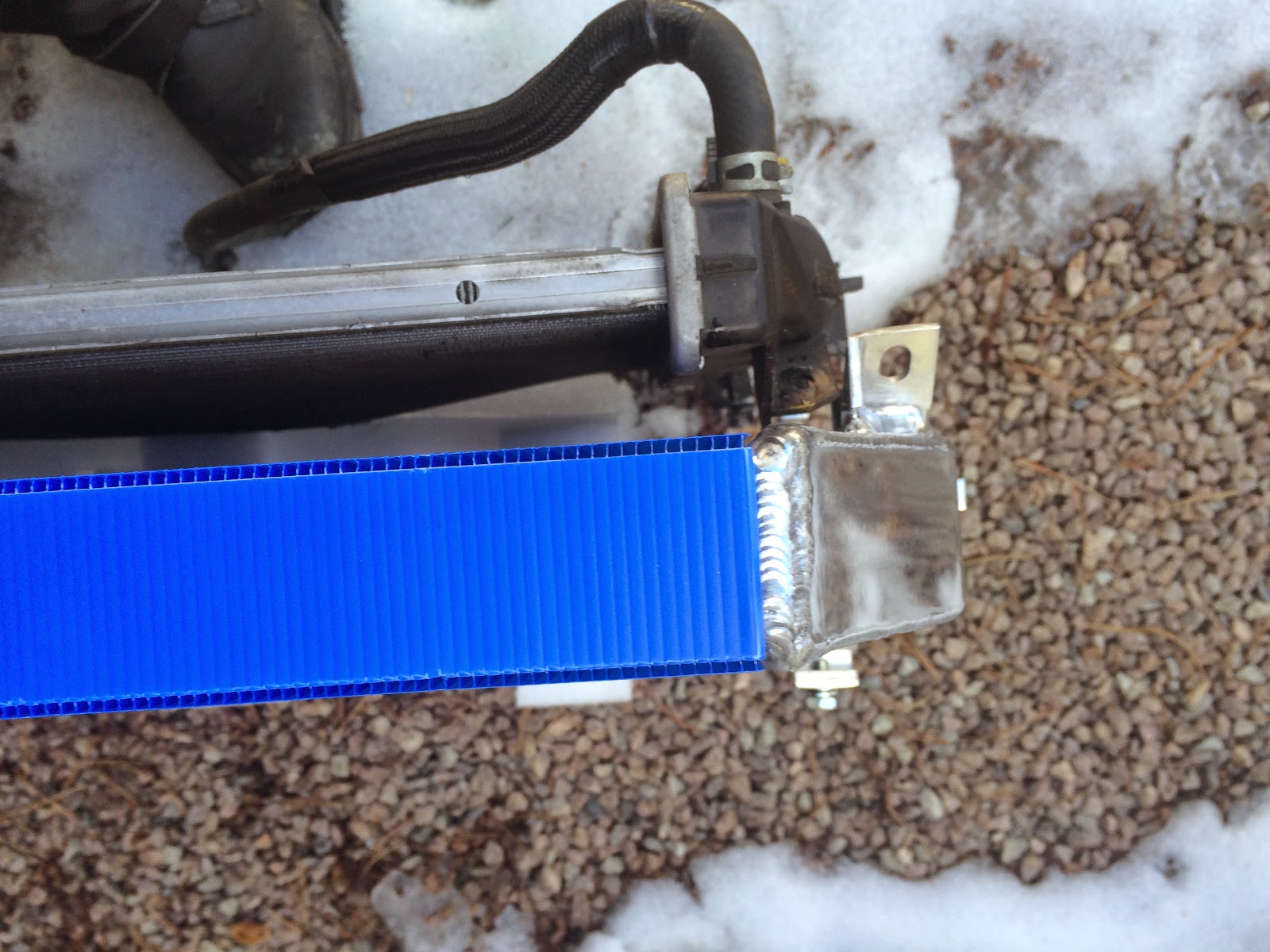 I don't like shiny stuff but the CSF radiator is extremely well made with all the small tabs and brackets. The "B-Tube" core is said to be very efficient. 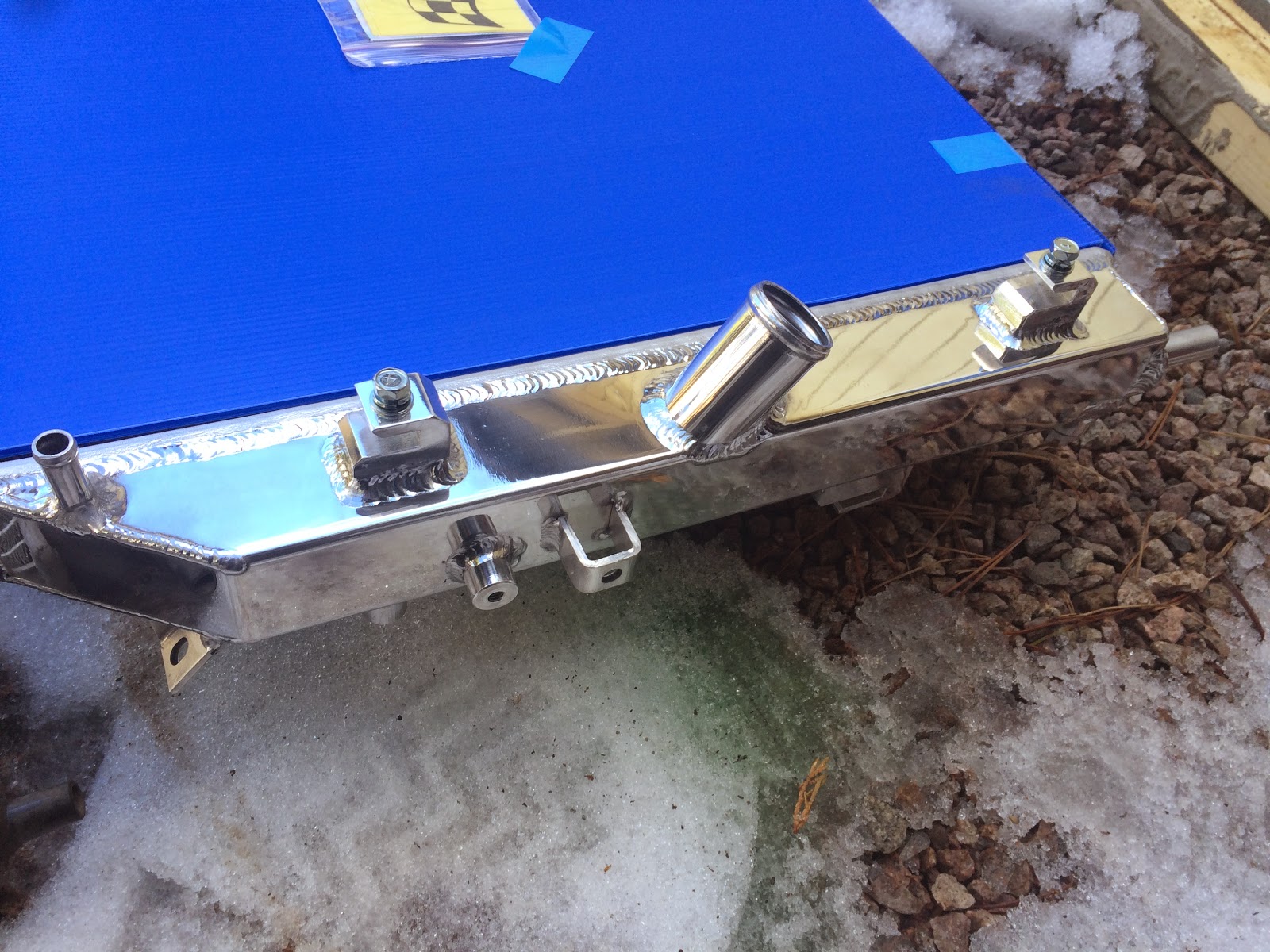 Very nice but it won't show because the radiator is completely buried in the front of the car.
I did the mistake of trying to get it out from the top (NA and NB....) but the right way to do it is from the underside. The plastic clamp that holds the lower coolant pipe to the fan shroud is almost impossible to get loose. Unless someone tells you to slide the ******* tabs in the opposite direction...  Don't get me started on how to remove the battery tray ducting without ripping the thing out in anger (impossible). I used AGES to replace the rad.
About the "required" Mazda FL22 Coolant:
I did some research since Mazda here in Norway probably would charge me more than weapon grade Whiskey.
It turns out it's just a green 55/45 premixed ethylene glycol without silicates: http://www.mazdas247.com/forum/showthread.php?122883-What-is-FL22-antifreeze
For us Scandinavians that means the RED one from Biltema.no  , not the green one which is propylene based boat stuff.
The only thing I don't like about this product is the added weight which I already have with the SC, 2.5, rollbar etc.

I decided to upgrade my fuel pump for several reasons. - I was not able to keep target AFR with the SC above 11 psi regardless of MAF scaling and other tricks on the stock ECU - After seeing what E85 did to my

While doing researching on the MZR/Duratec I4 engine i collected some data from different sources for the most common variants of the MZR L engine used in the MX-5 (factory and engine swap). I was especially interested in the rod ratio which says