I decided to upgrade my fuel pump for several reasons.
- I was not able to keep target AFR with the SC above 11 psi regardless of MAF scaling and other tricks on the stock ECU
- After seeing what E85 did to my engine internals I wanted to replace the in-tank fuel filter.

Again I did the mistake of thinking that the pump was located under the rear window like the previous generation MX-5. It's not.  You only need to remove the large plastic cover behind the seats. 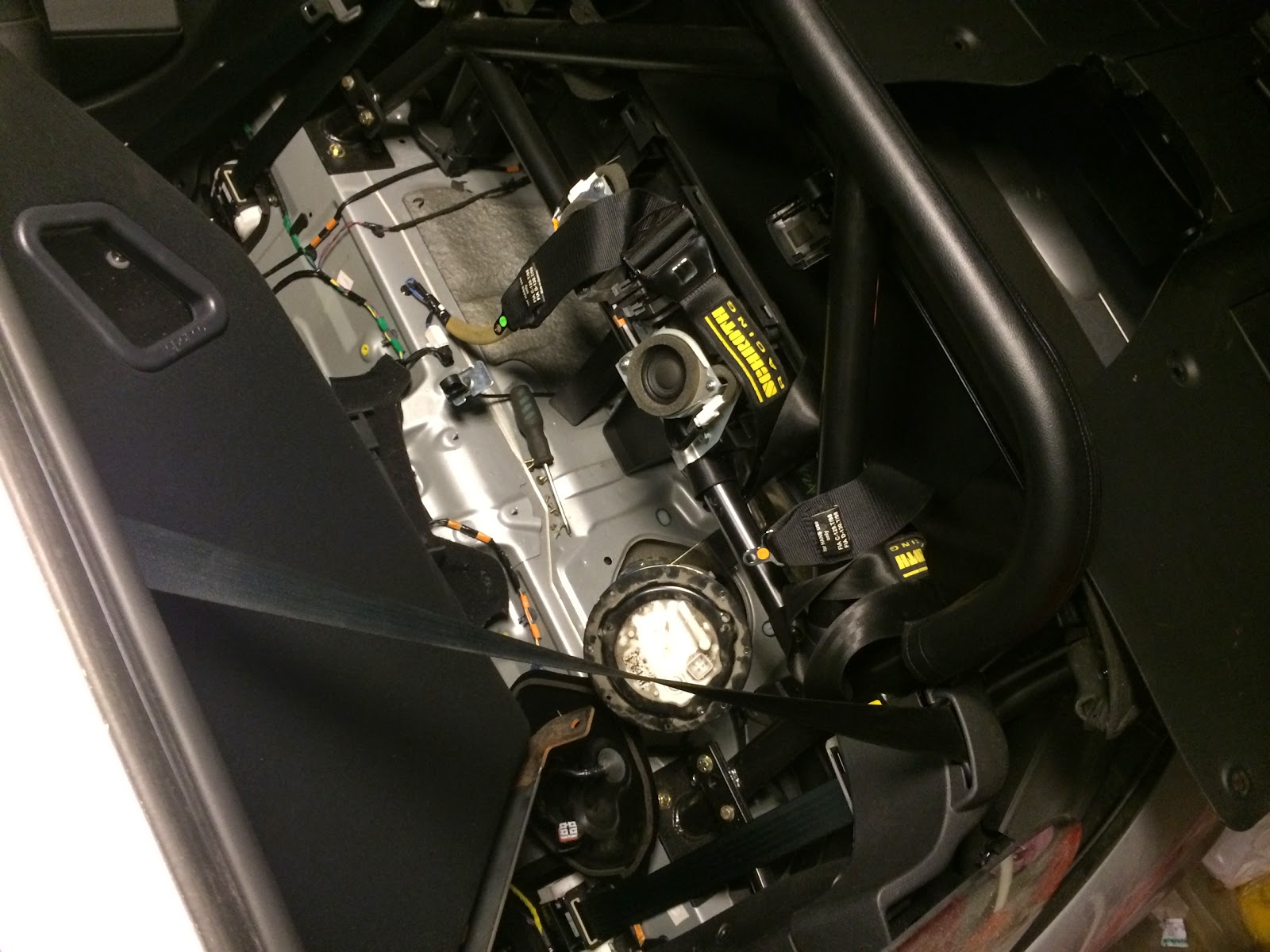 However the six screws holding the pump assembly is as flimsy as the NA/NB and are easily stripped if not using the exactly correct sized screwdriver.

The pump, filter, fuel gauge sending unit and pressure regulator are all housed inside the white cylinder. Be careful not to brake the sending unit. 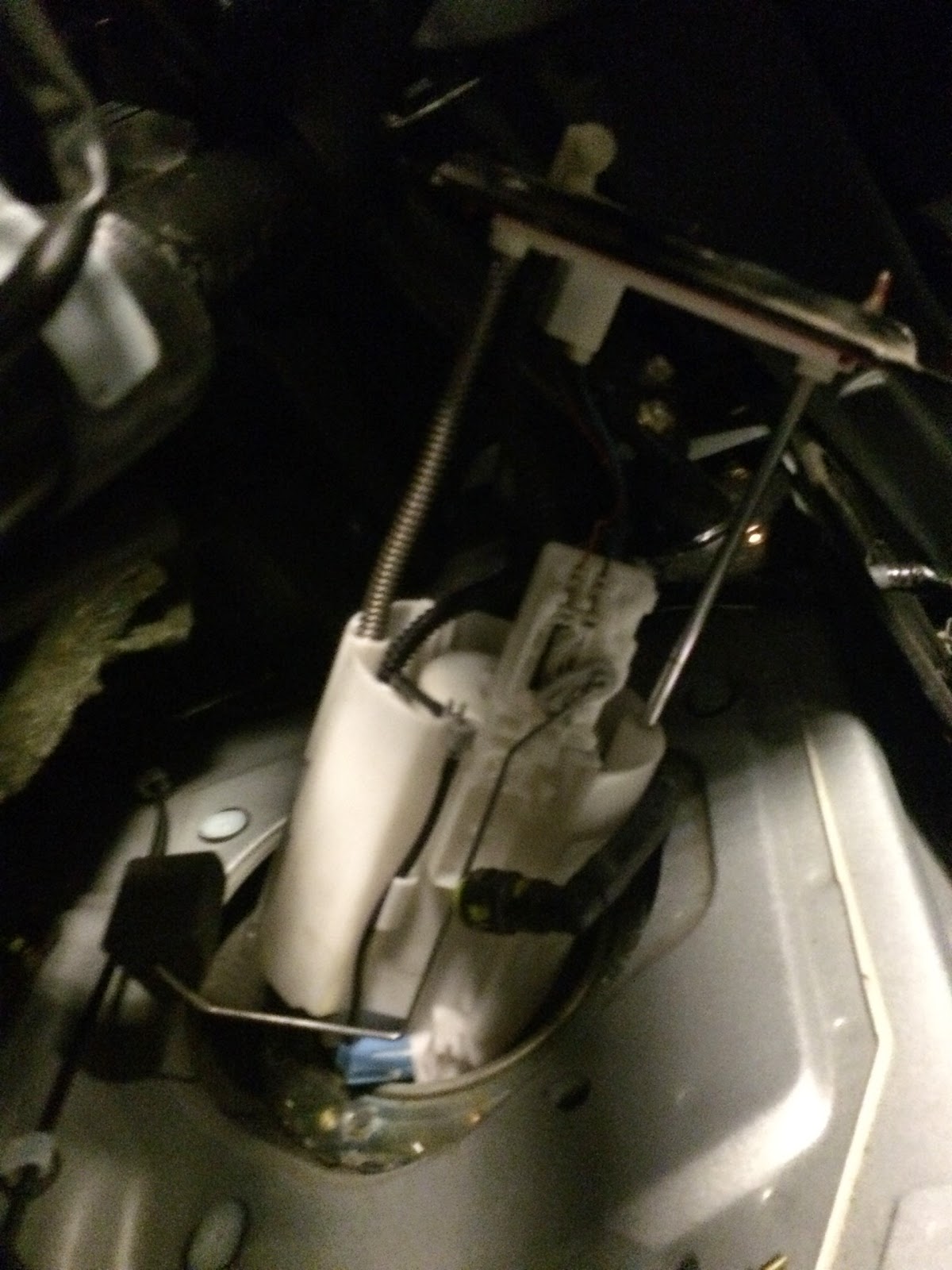 The filter had seen better days. It's hard to tell if it was clogged or not but based on the dark discoloration it looks like the same messy E85 deposits I found in my engine. 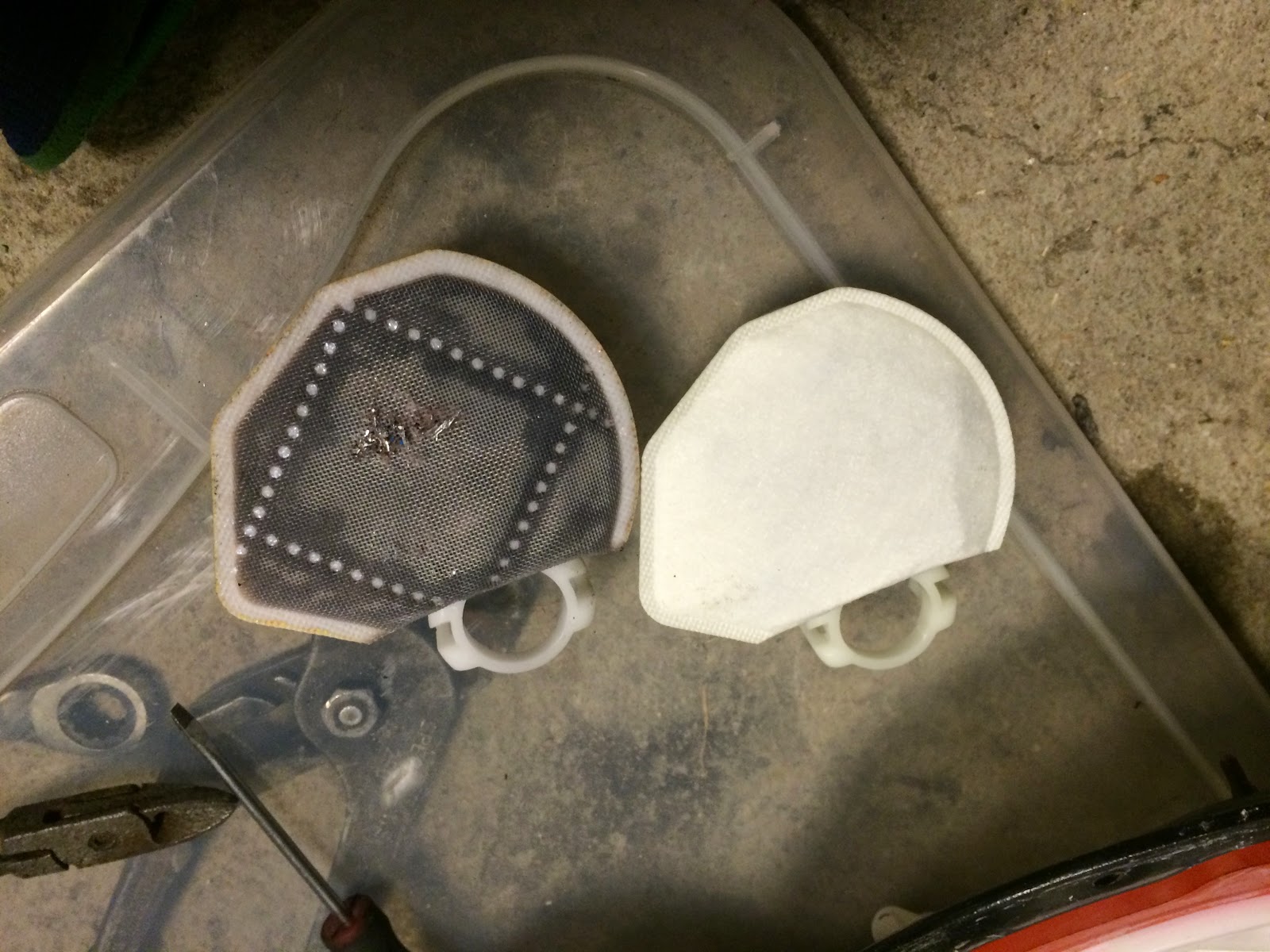 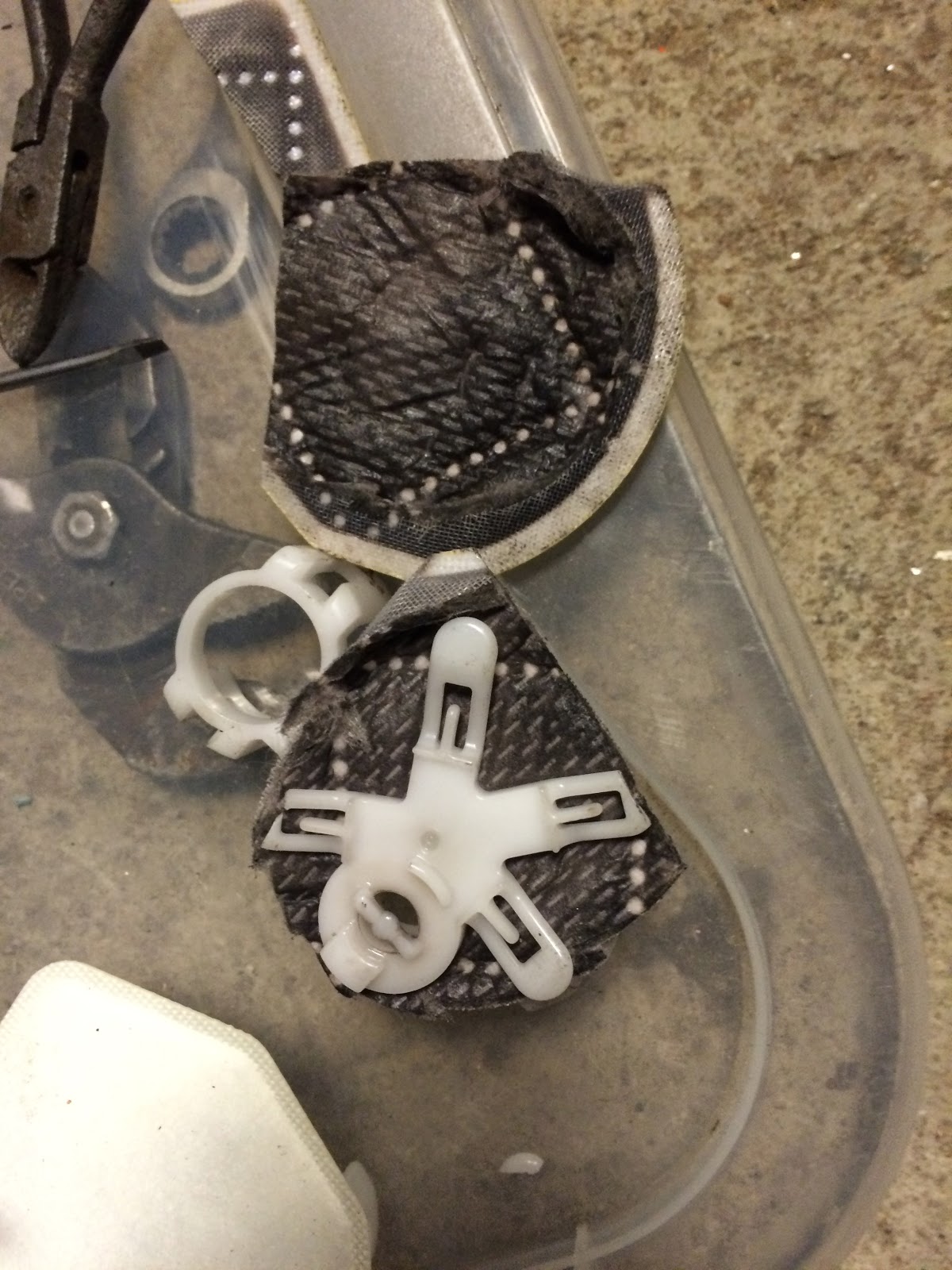 When I was ordering the new filter I was a little bit surprised that the NC only had this small sock instead of a proper external filter like previous gen.  It turns out that there is a non replaceable filter embedded inside walls of the pump housing. I have seen it mentioned as the secondary filter in the FSM but could not find it in the parts catalogue due to it listed as "pump assembly" or something.
I really hope it is not clogged. 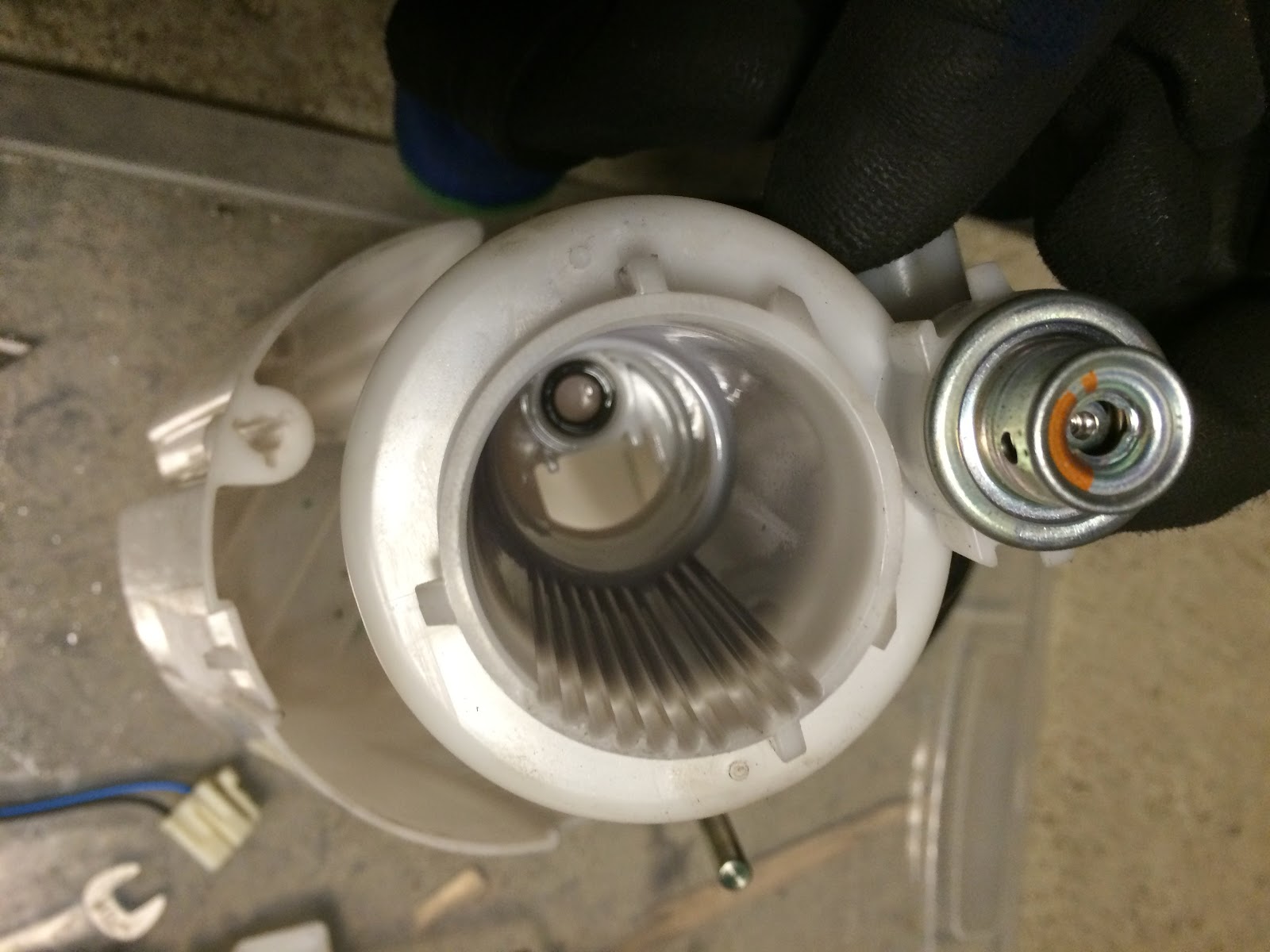 New vs. old pump.  Looks the same. Hopefully it is not a rebranded OEM pump...  I reused the white collar and the O-ring since it was stuck inside the pump housing. 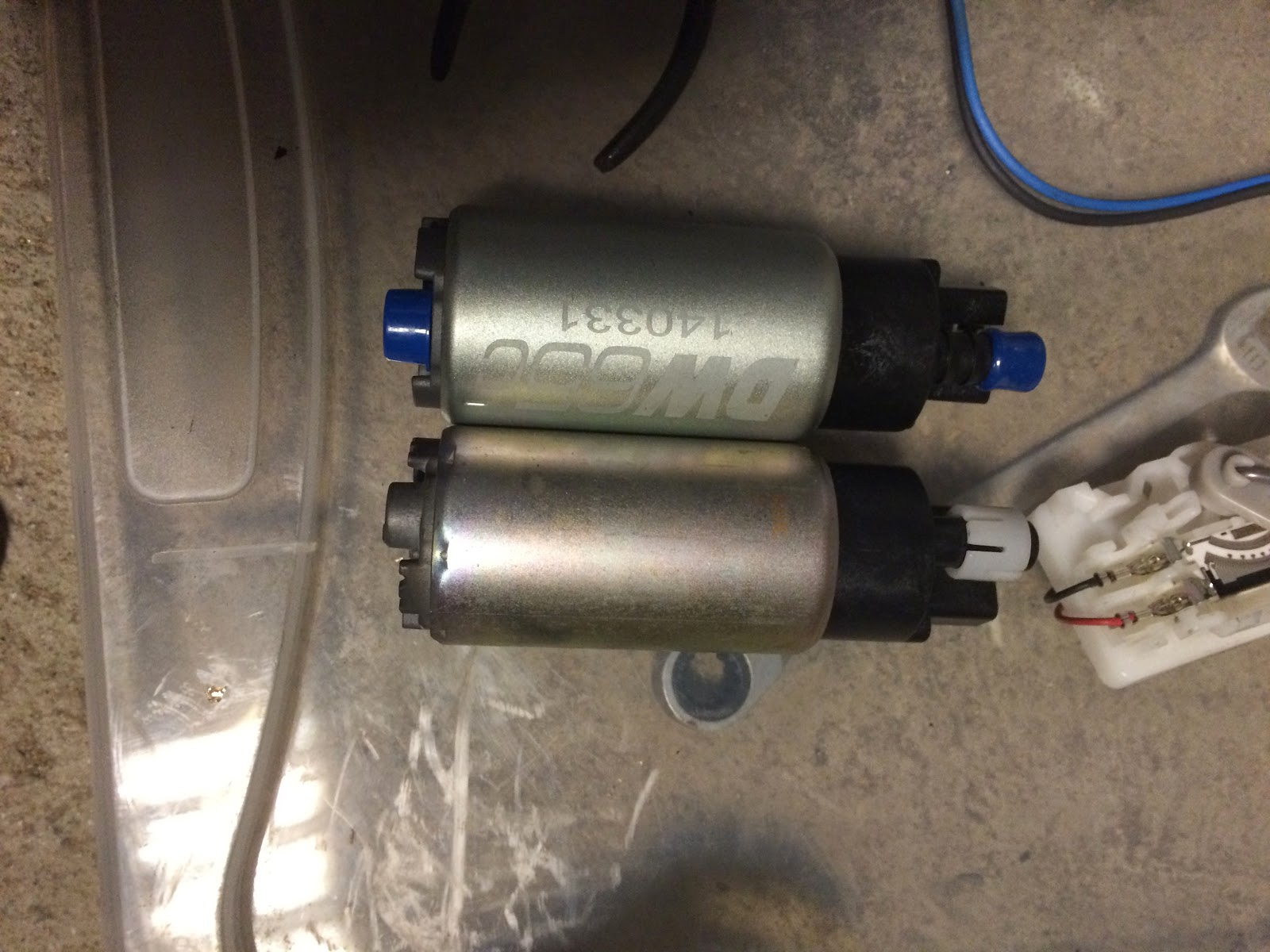 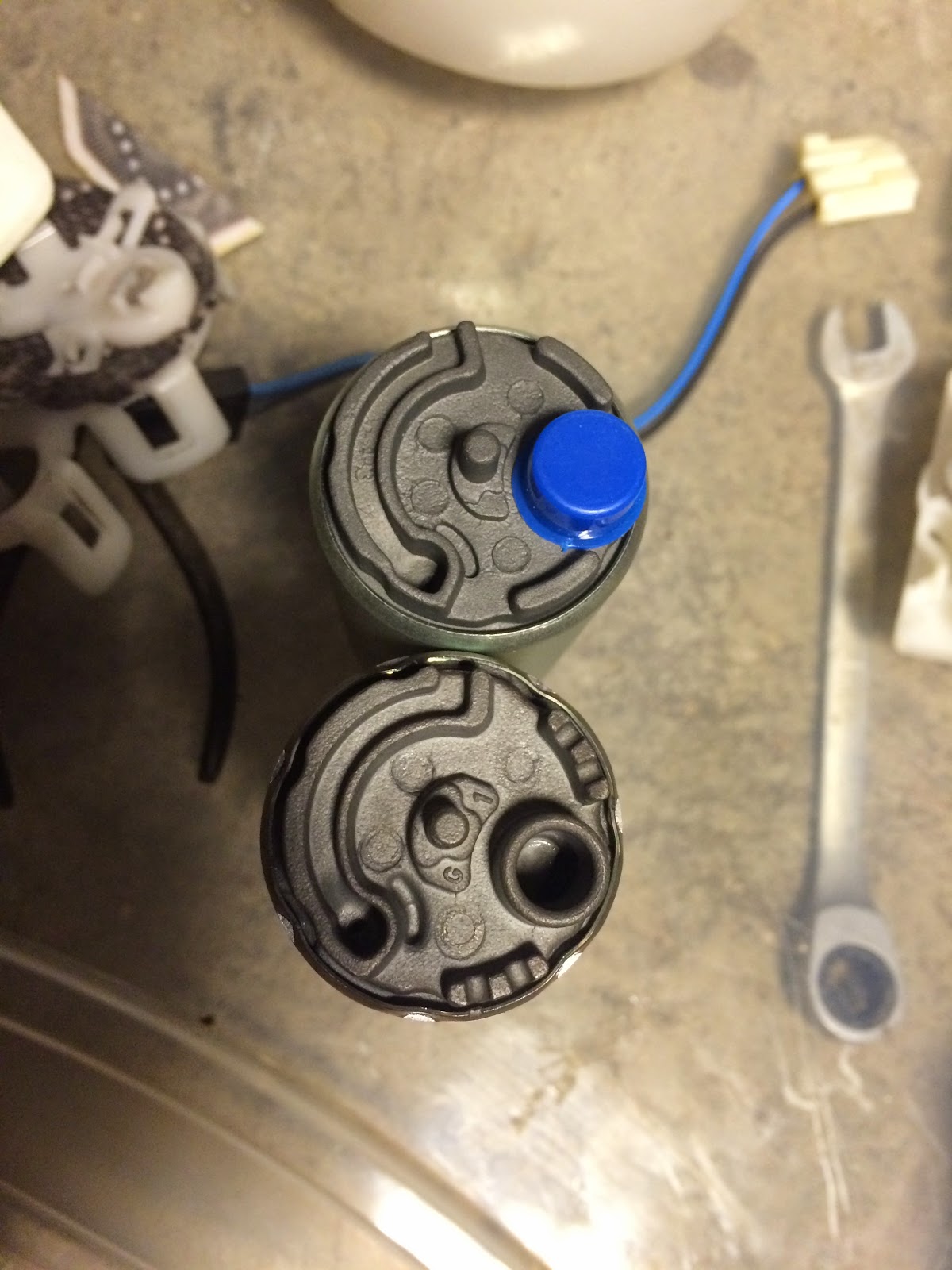 Before I started I emptied the tank for E85 by hardwiring the fuel pump.  I found a nice writeup on m.net http://forum.miata.net/vb/showthread.php?t=571983
I just stuck the plastic fuel line going to the rail into a can and shortened the fuel pump relay with a piece of wire with the ignition off. About 4 C air temp so fumes going kabooom was not a problem. 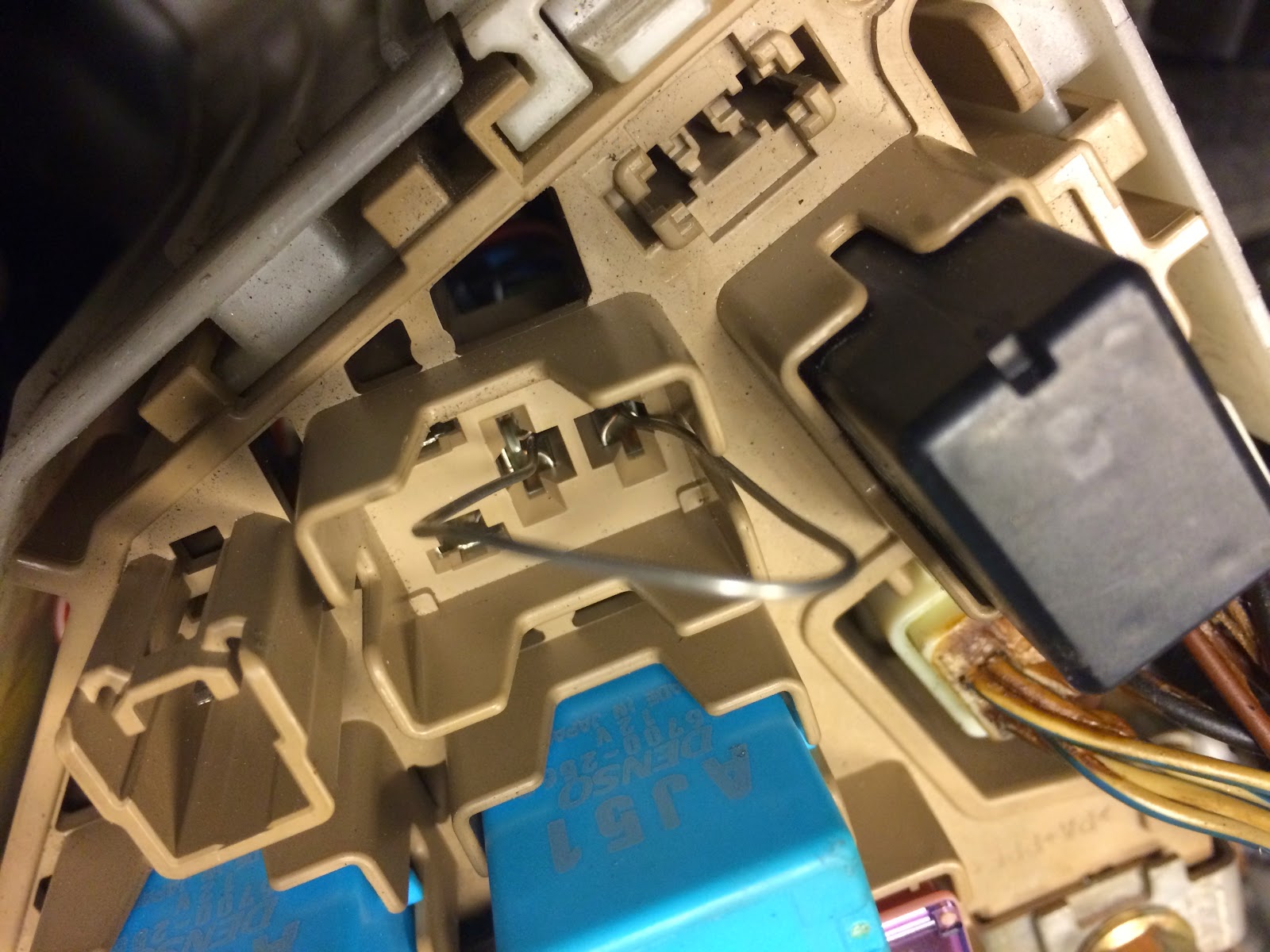 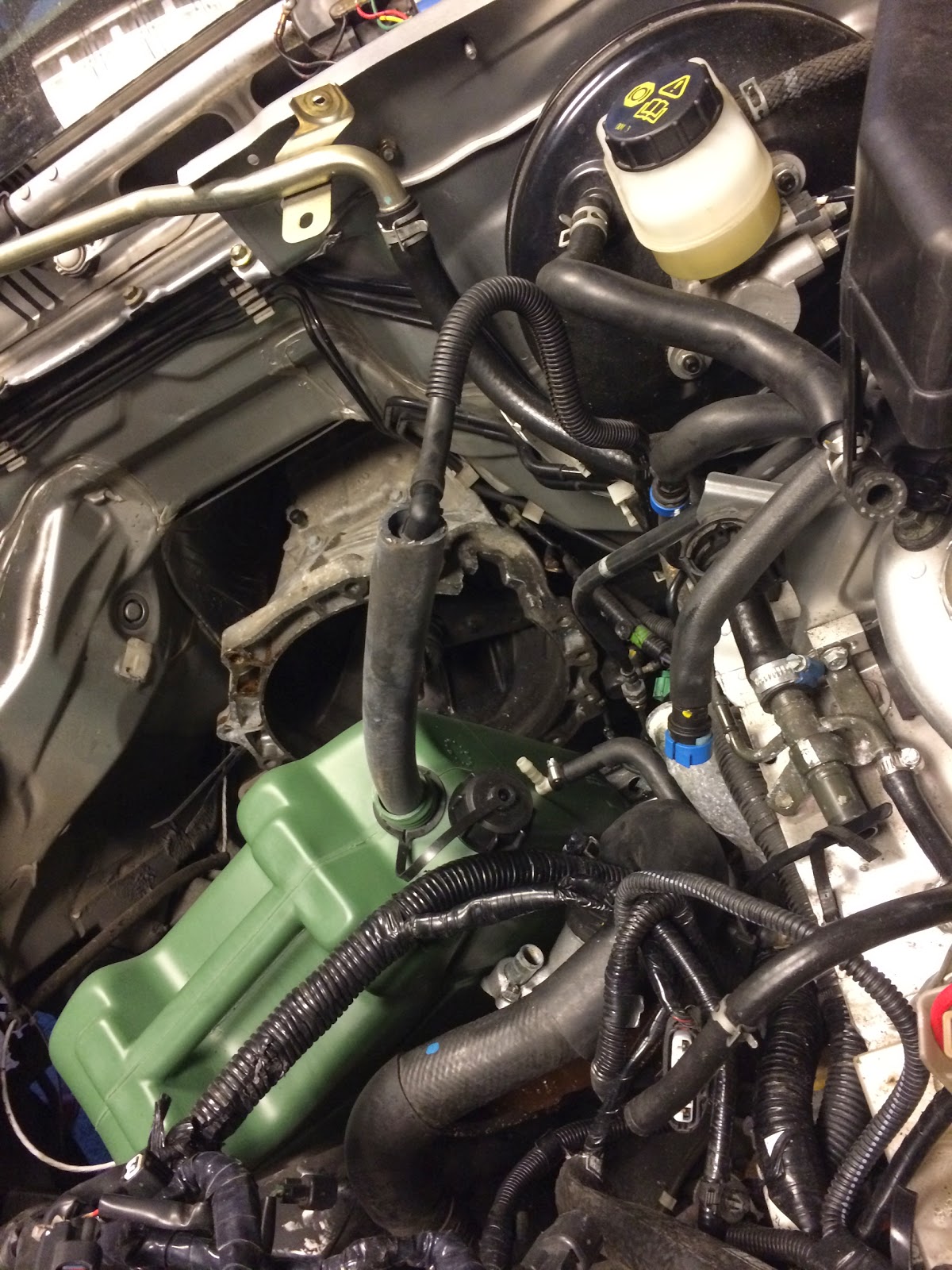 I hope this solves the fuel pressure problems I have been having since the fuel demands with the 2.5 and SC will be much higher.  I have had great success using the ID1000 injectors on a dead-end/return-less fuel system before on my MSM so that should not be a problem.

I bought a brake ducting kit from gw ages ago but never installed it due to the reservoirs on the KW3 suspension interfering with the inlet of the ducts.  After experiencing serious brake fade on the first track day this year I wanted to

I managed to slip my car jack off the crossmember while trying to get control of a oil leak and ended up destroying my radiator a while ago.  After logging temps during a trackday with the CW supercharger @ 12 psi I had no plans