I attended a VACN trackday last weekend which was no fun at all.
In my third session I suddenly noticed white/blue smoke in my rear window when I got past 4K on the first straight. It was not tire smoke...  I was puzzled since the engine pulled like normal and there was no sign of smoke on the previous pass nor when I parked the car.
I immediately parked in the pits and let it cool down while I packed my stuff.
When I got it on the road home it ran normal until passing 4K where it would lay down thick blue smoke. It did not seem to smoke when flooring it until I let go of the pedal (vacuum).

When I got it home I crossed my fingers and hoped it was the PCV on the engine block that was stuck open. No. It worked perfect.
Next test was to put both vent/pcv tubes into a coke bottle to see if they where working:

Lots of smoke coming out of the valve cover vent. I don't know what is normal but much at idle is probably very wrong.  Looks to be a lot of pressure in the crank case.

Next up was a compression test. I bought a simple kit from Biltema.no 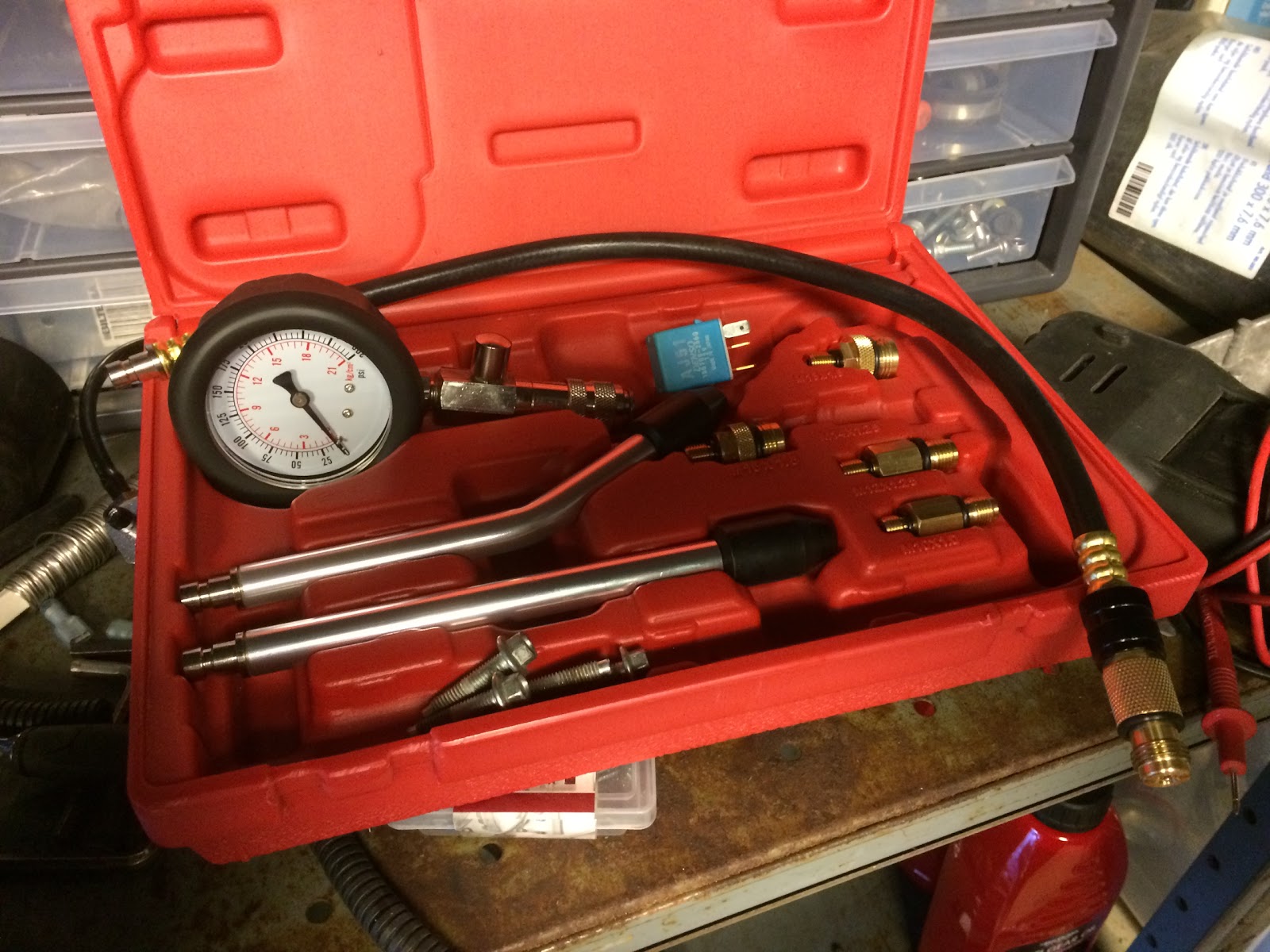 I used the method as described in the FSM by removing plugs, coils, fuel relay and holding the accelerator pedal to the floor while cranking 8+ times. 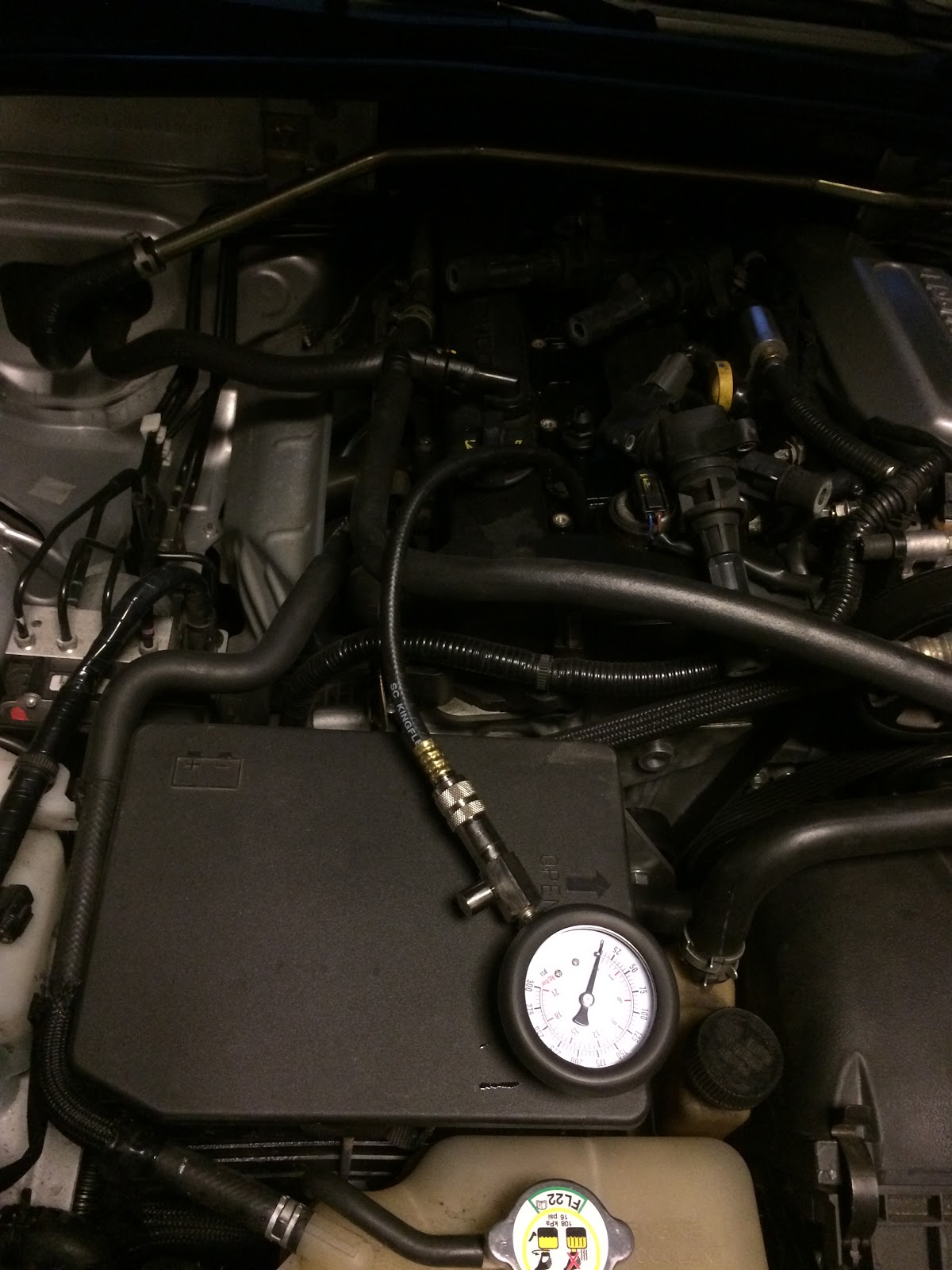 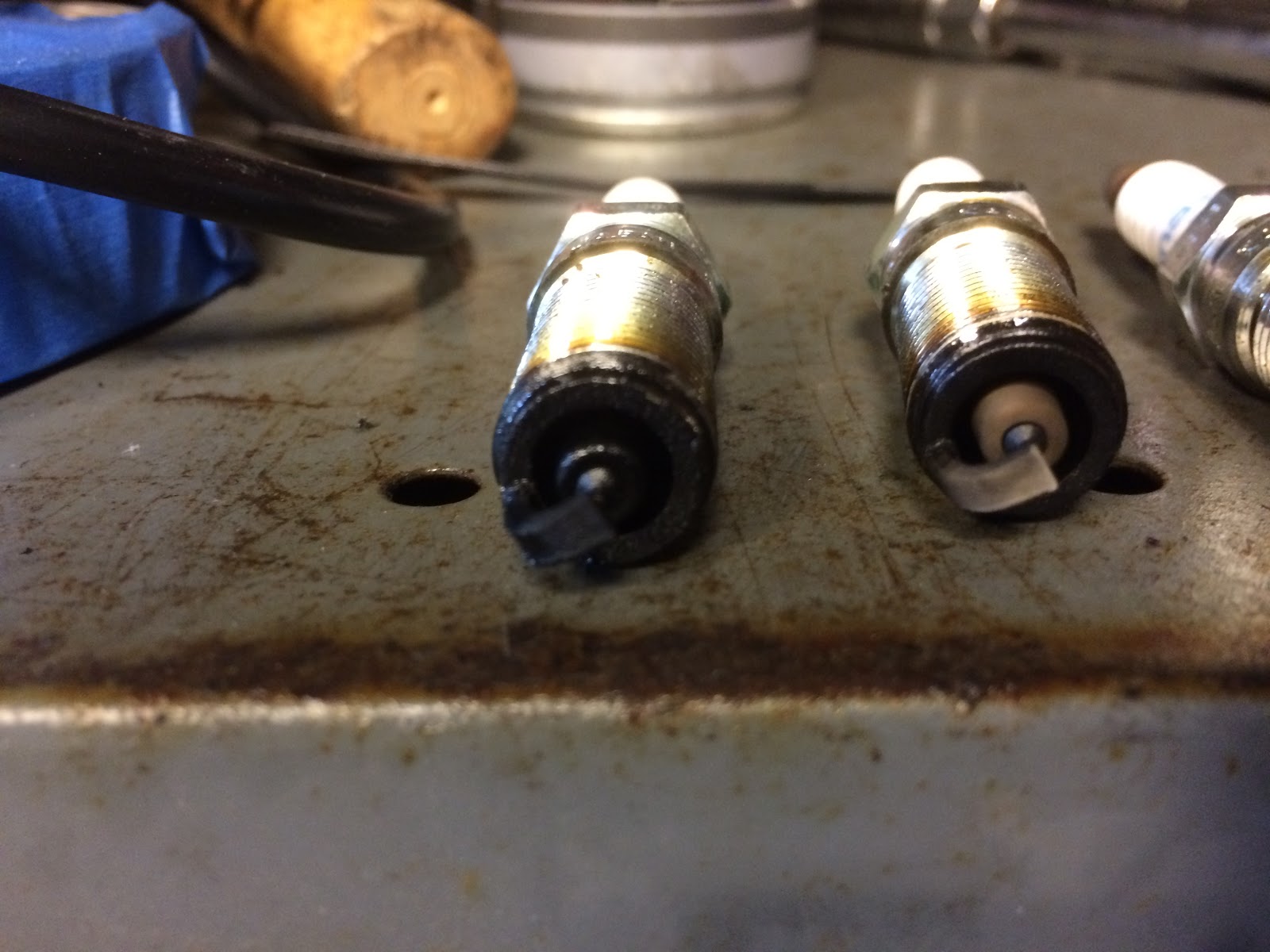 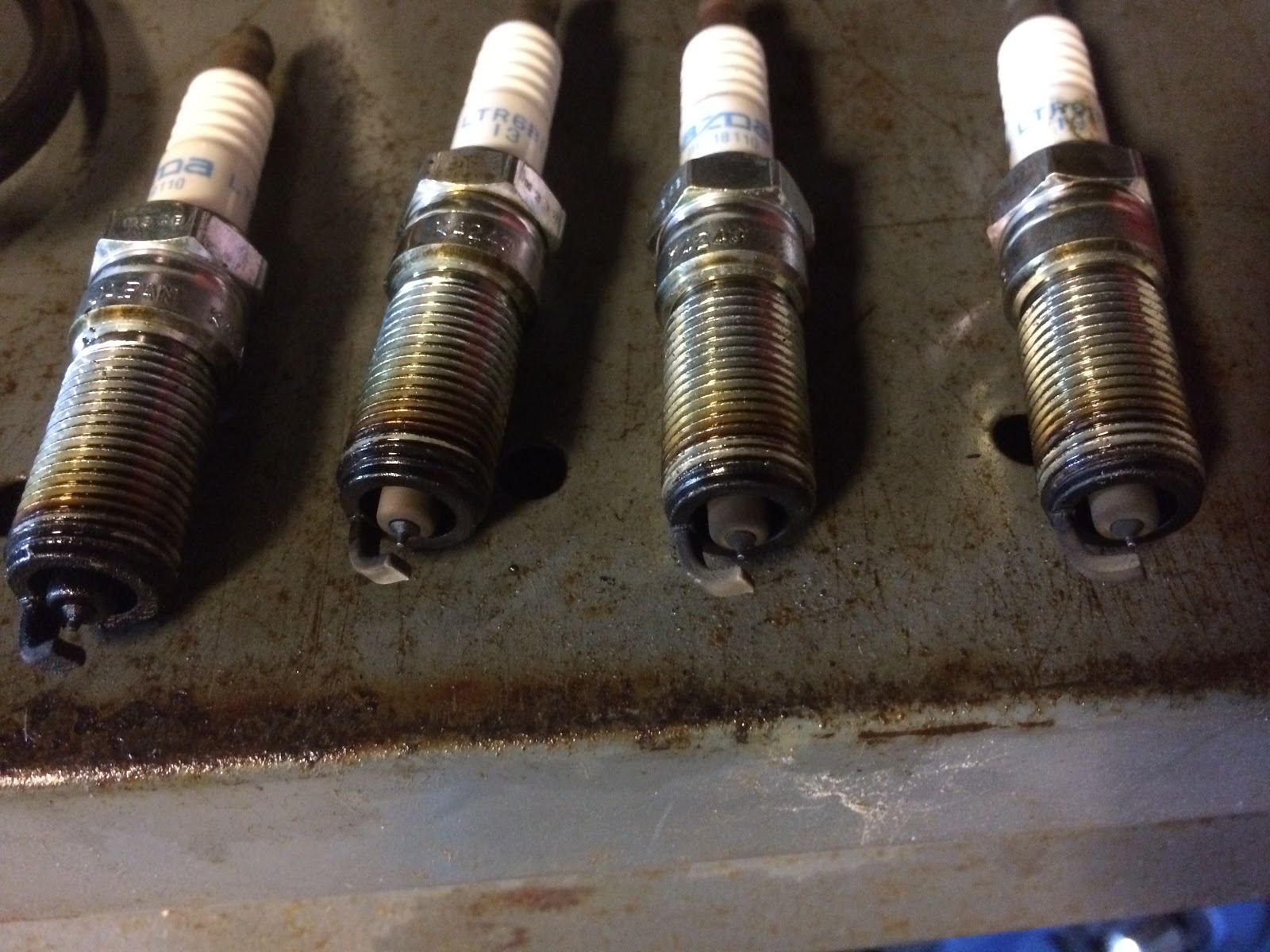 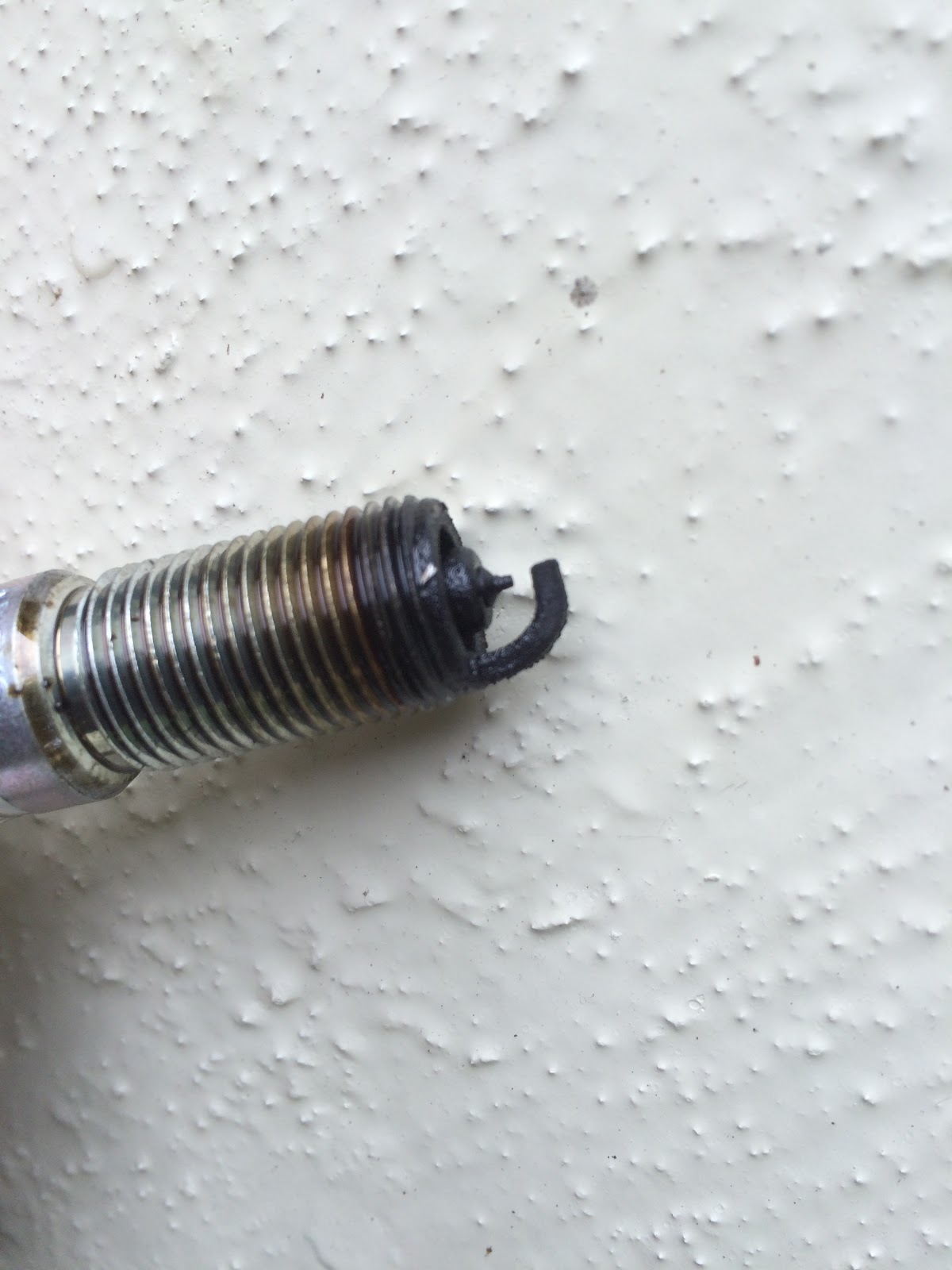 The only explanation I have right now is that I have been running probably at lest 1 liter more engine oil than I should due to using the markings on the stock 2.5l dip stick.  It turns out this wont work with the MX-5 oil pan.  I thought that the dip stick is not measuring the amount of oil but the distance from the crank/block to the oil. According to the internet it should be at the bottom marking when full. F***.  I didn't know this before I read it on m.net some days before the last trackday. It was at the correct level when it started smoking so it might be the damage was already done earlier.

If someone reads this and have a 2.0/1.8 engine on a stand it would be interesting to measure how far out the dip stick protrudes out of the block like on the picture below. L5/2.5l is 39.1 mm. 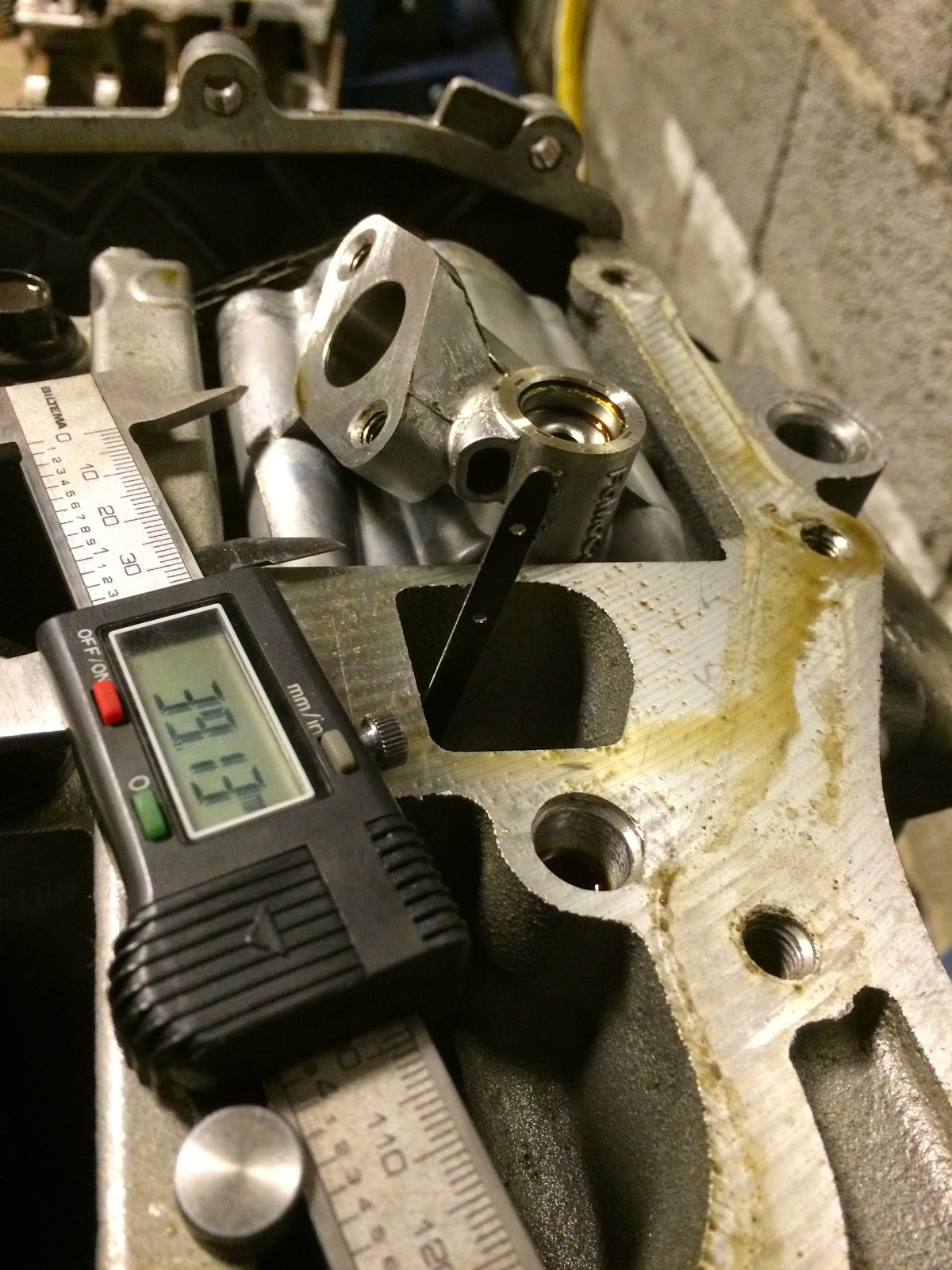 I will know more when I get the engine out. Burnt valves or knocking is very unlikely as I have been driving a lot with a dash logger both on track and longer trips on the road.  No knock and 11.5-11.1 AFR at  WOT with 8-9 psi max from the blower. Coolant temps have been 95-102 C.

Well.  I hope the bores and pistons are ok.  I have been reading up on the effects of overfilling engine oil and don't know what to believe.  I certainly need to check all clearances, bearings, seals incase the oil has been foamed and aerated the oil.  I will send the head to a pro for testing + maybe some small alterations. Hopefully this has robbed a lot of horsepower.  I was 20ish hp down on power compared to some similar setups and this might be it.  I was lucky this didn't happen when I was 1000 km away at the Nürburgring.

During the first two weeks of august me and some friends had a fantastic trip to the Nürburgring. This was my 5th visit to the Ring and the longest and most eventful so far. Some of the highlights: - 4 hour VLN race on

After this winters power upgrades the poor stock brakes are struggling to keep up .  After about 5 laps in attack mode they'll start fading and act non consistent.  It got a lot better with brake ducts but whatever pads and brake fluid I use