I took a closer look at the pistons after disassembly in my earlier engine rebuild part 1 post.

After a quick session with the brake cleaner on the piston domes there are indeed signs of detonation: 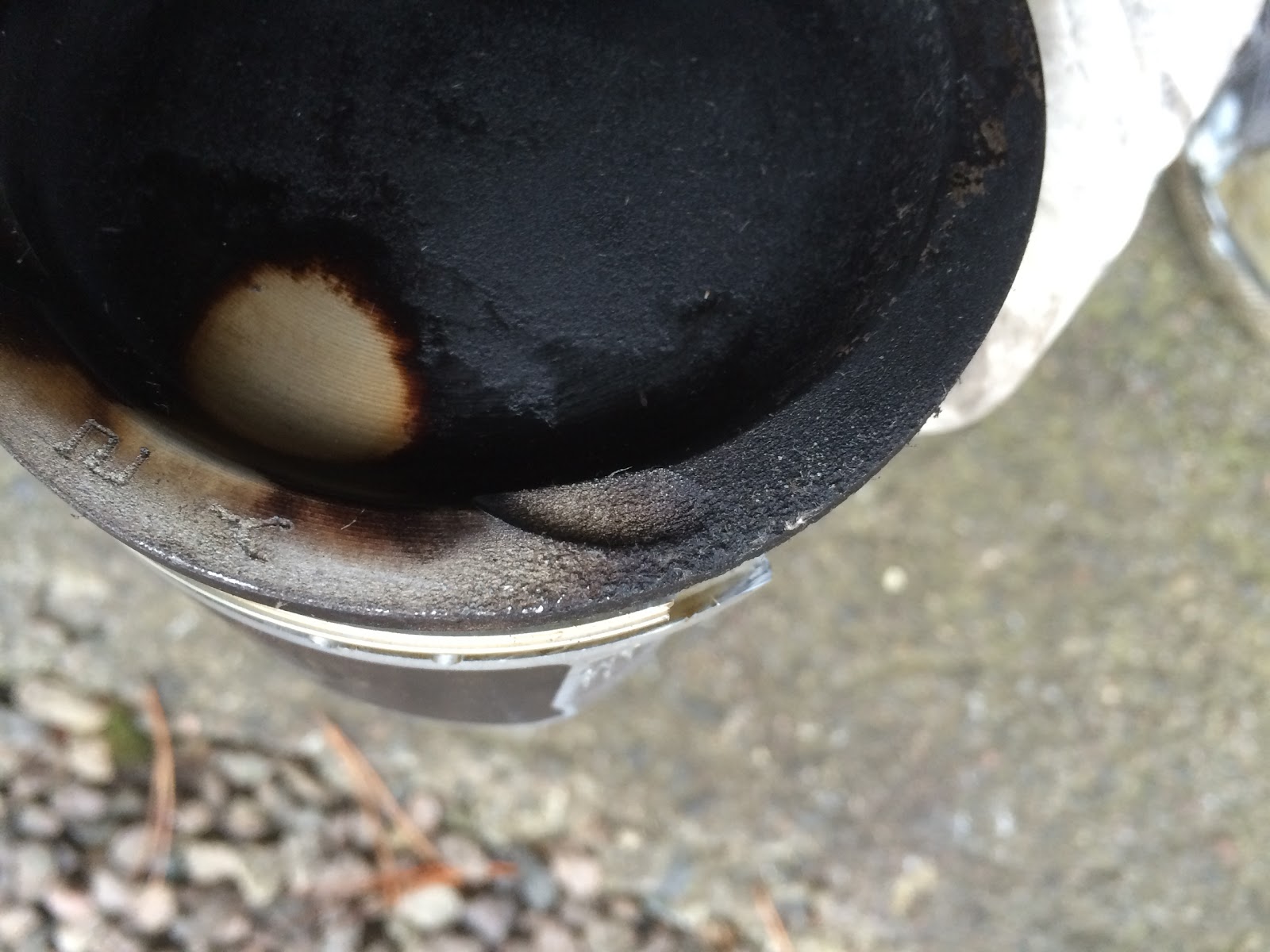 I wrote there was no sign of knock in my previous rebuild post but the pistons was simply so full of soot and carbon buildup that I missed it.  Piston #3 and #4 have the same eroded markings on the edge of intake side of the piston.
#2. was fine. 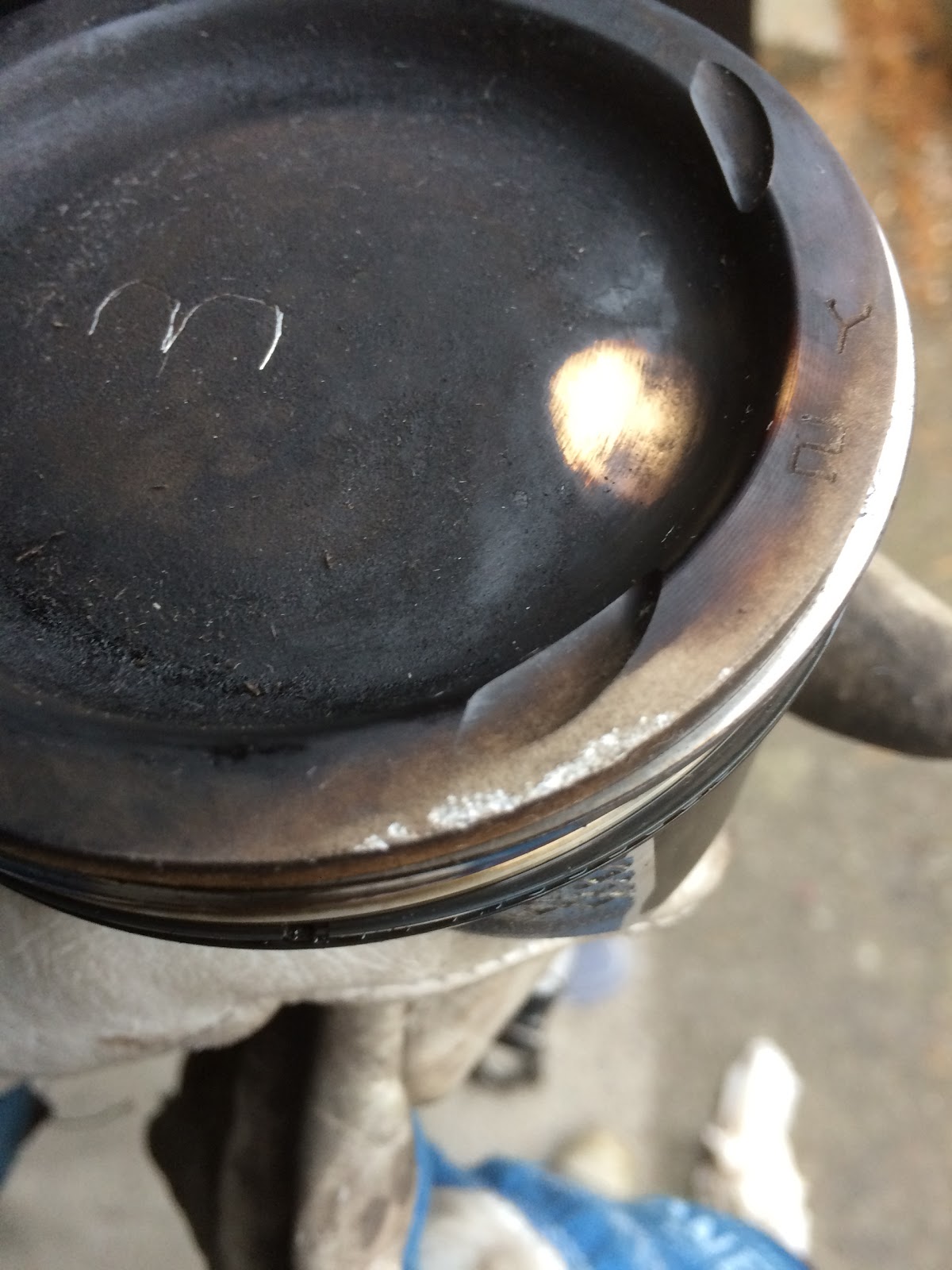 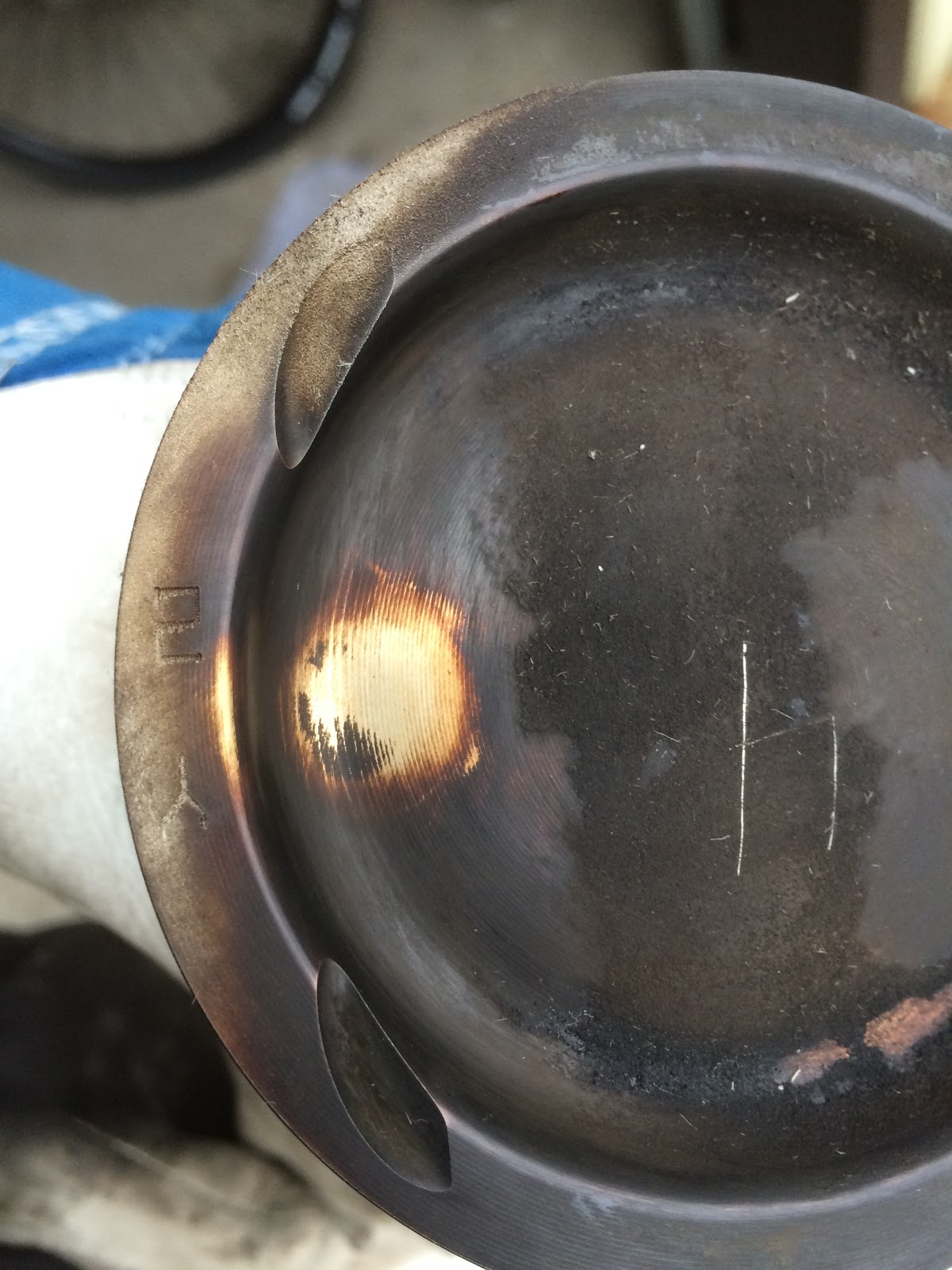 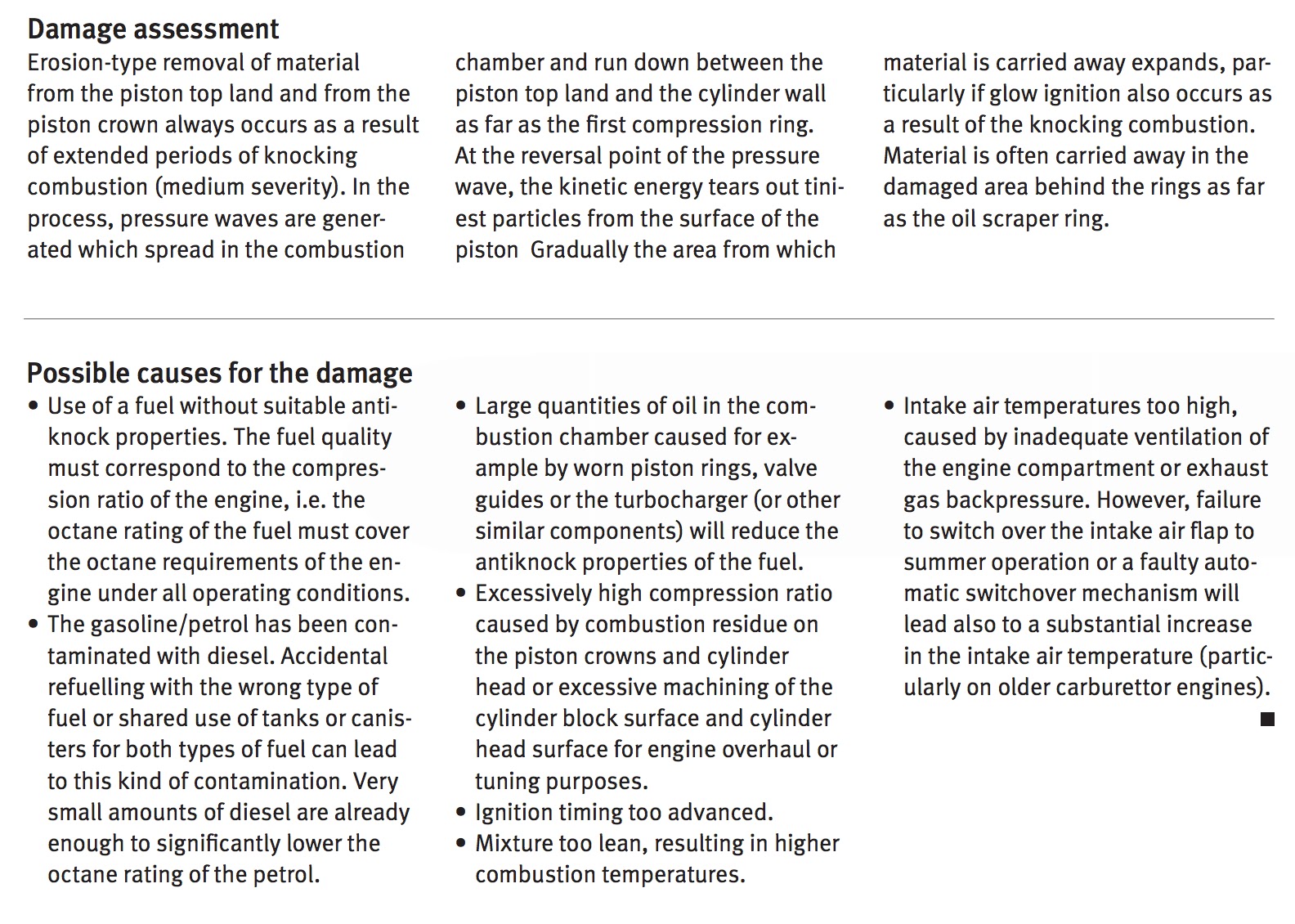 Looking at the possible causes above:

The Oil in the combustion chamber scenario kind of explains it all. At least for me.
I never once thought it was the oil level that was wrong since I used the L5 dipstick that came with the engine. In hindsight all the symptoms with excessive crank case pressure, oil in the intake, leaks from the valve cover etc. was there from day one. Face-palm.  The only thing I haven't figured out is the white spot on the pistons.  They are the same on all of them.  No sign of any detonation or eroding in the spots.  That could have happened on the way home from the track when there was 0 compression on #1 and extreme blowby.

Some pictures of the failed ring land. It looks like it has been moving a lot: 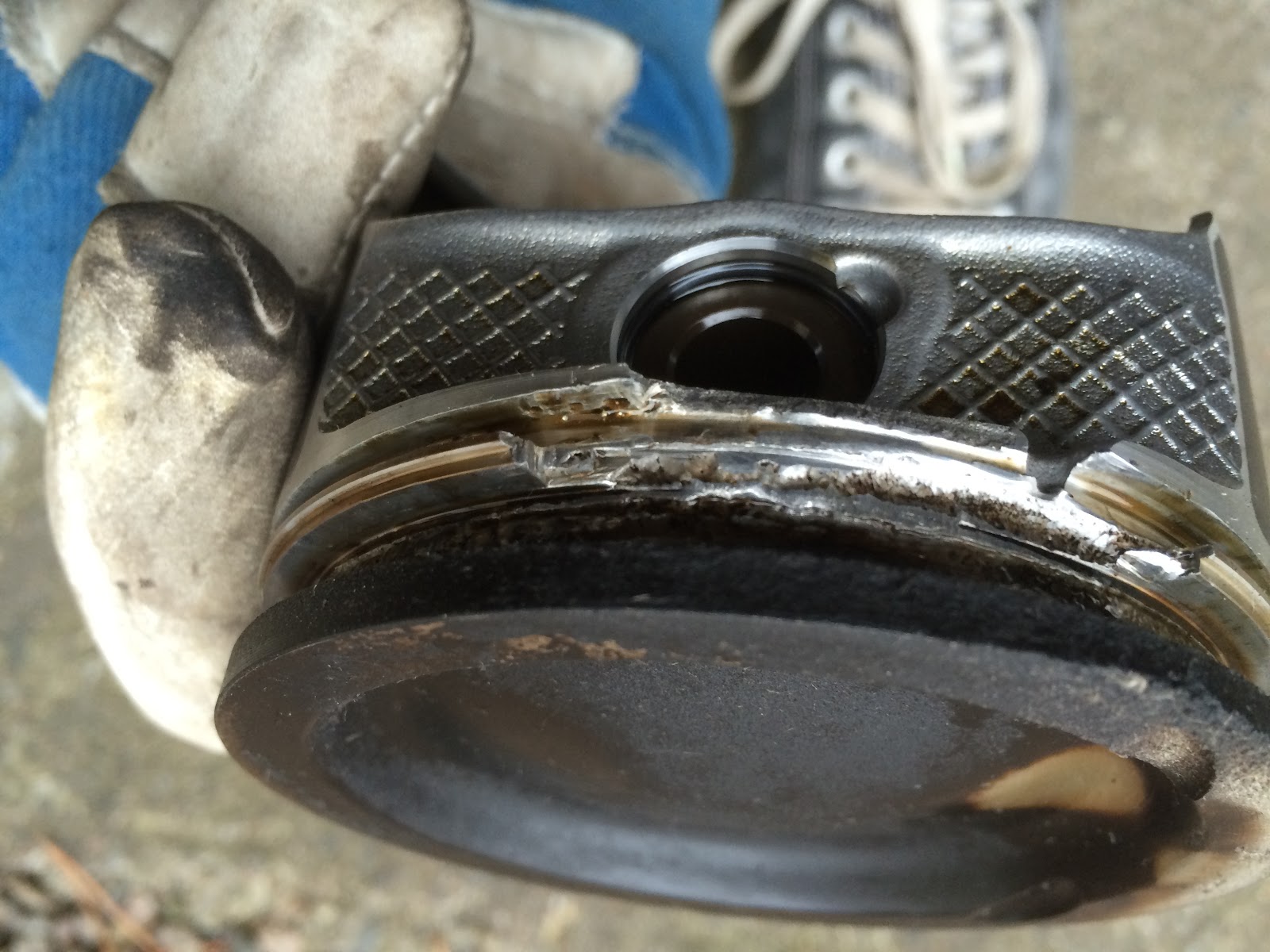 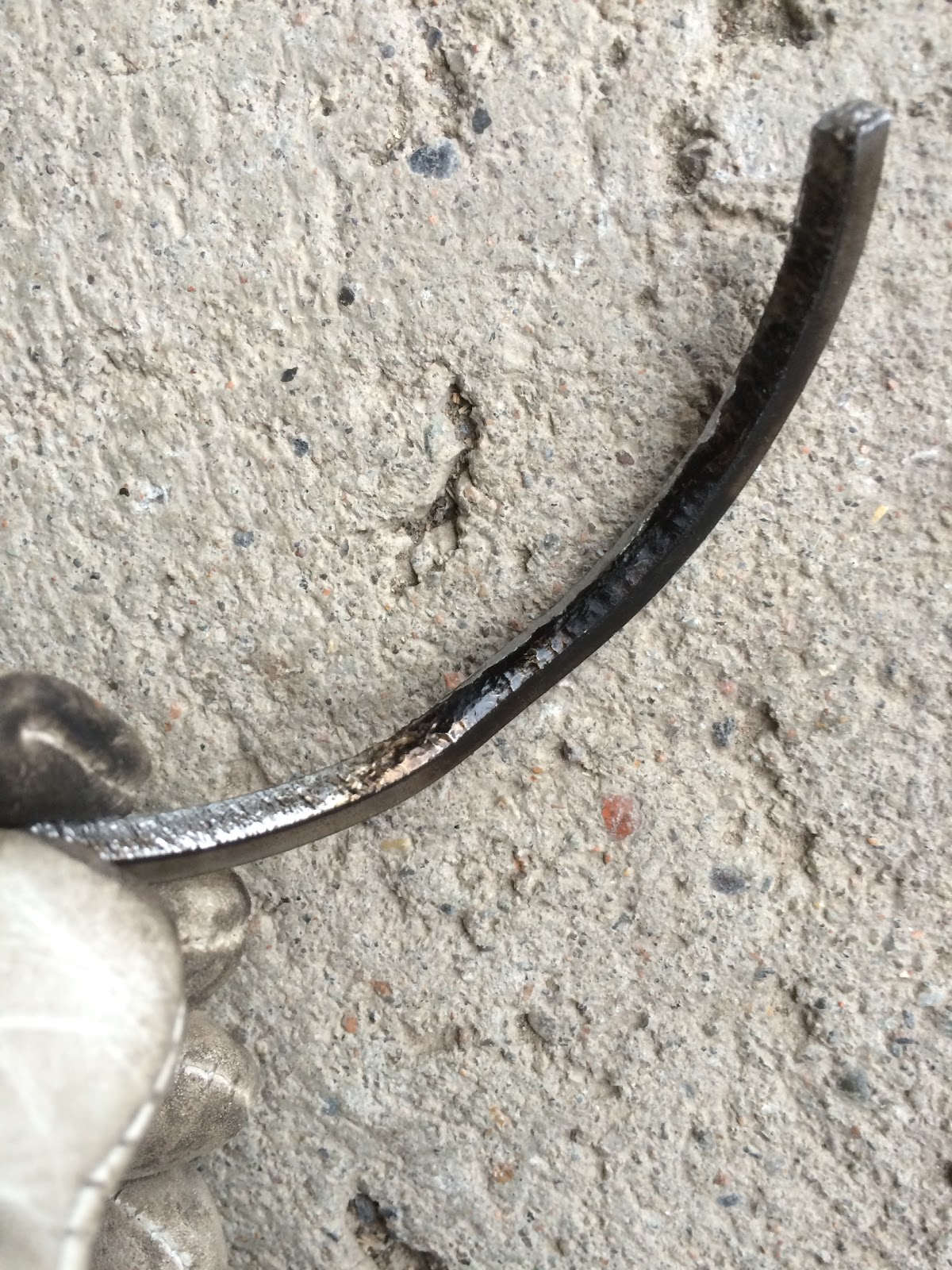 The MX-5 NC cooling system can be a bit hard to fully understand unless you have had the engine out.  Lots of hoses going everywhere and some important parts are hidden in the crowded engine bay. I didn't find a diagram in the FSM

Since I need new pistons in my non voluntary engine rebuild I'm considering upping the compression ratio to extract more power. But how much more HP can I expect by going from stock 9.7:1 CR to 11:1 CR which is the