The gap should be

The process is pretty straight forward as described in the FSM 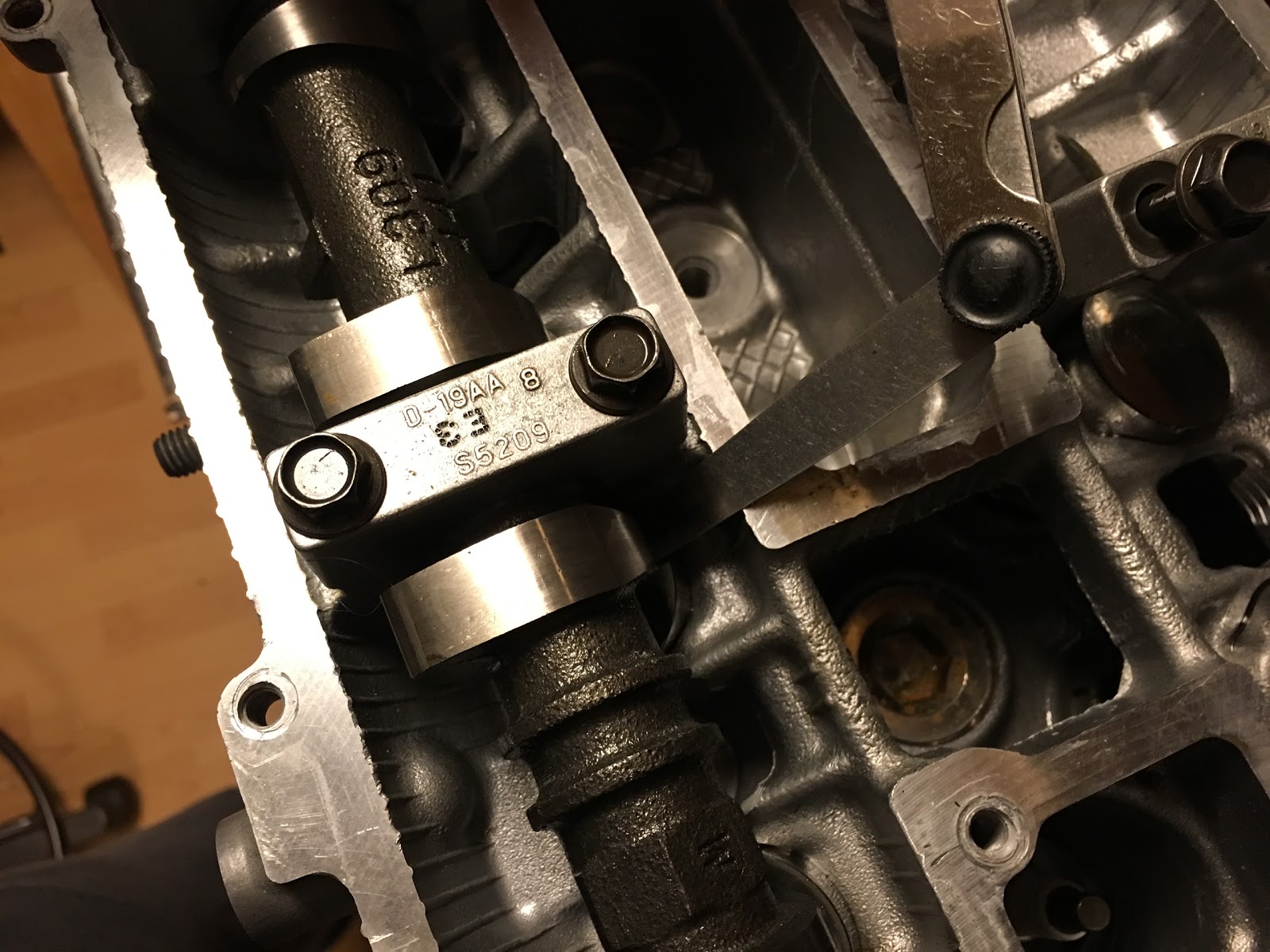 I was already on the low side after installing a 2.0 intake cam and was off on 3 buckets and very close on several others.

I had to put everything in a google sheet as I ended up juggling 32 buckets including 16 left over after my 1.8 engine.
The new values colored green,blue and red was found using the formula described in the FSM:


I only need 3 new shims after swapping buckets all over the place.
The part numbers for the buckets are listed as one partnumber (1F2012300B ) on www.onlinemazdaparts.com but there is actually one partnumber per size as described here  under  12966 "DISC,ADJUSTING"
Just out of curiosity I checked the part numbers for the valve springs and intake cam on the L5, NC1 and NC2 engines since NC2 supposedly has springs that can take more RPM:
So, if you want to rev the L5 or NC1 past 7K the springs from a NC2 will be a cheap upgrade.

Progress, although things are going slow. - Crank oil holes deburred. Took a lot of work to polish after deburr. No pics. - I received the bearings. The old ones were marked with an unknown id that differed slightly for each bearing. Cyl#,uppper(

Finally my crank arrived.  Actually the same day I showed up early in the morning and held a little speech regarding customer satisfaction. They used two months and all that was needed was polishing. I bet it happend the same day I ruined the