I just realised I haven't made an update here since spring.

Short story : The 2016 season has been a disaster with less than 2h behind the wheel and what feels like 1000h in the engine bay.

I got the engine assembled and in the car some time around end of May after waiting for the dowel pins and some other parts I had forgot.  I verified that the pistons wouldn't hit the valves after 2mm shave with some cheese :) 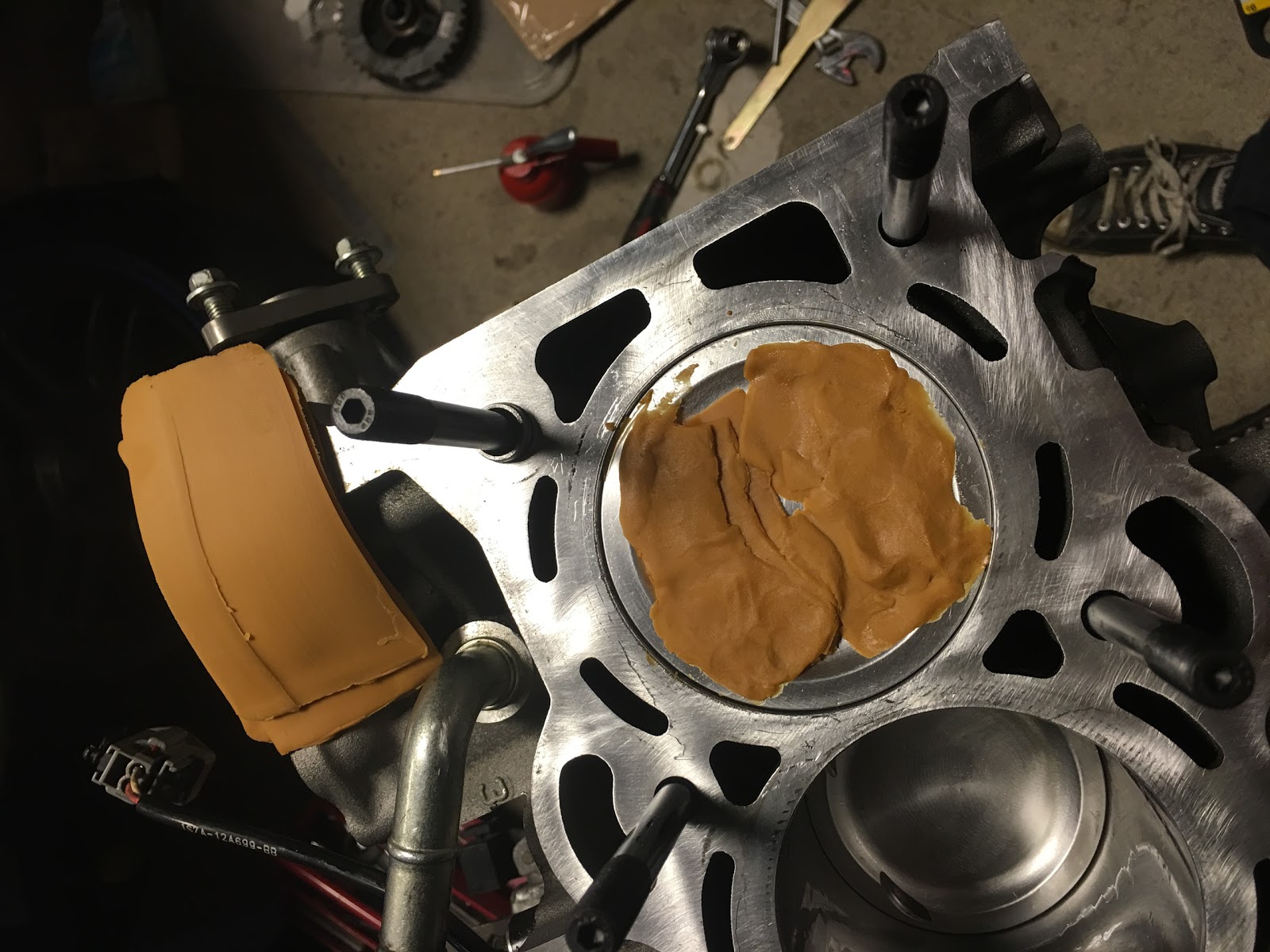 Assembly was uneventful except when I dropped one of the ARP nuts down into the engine cooling channels. By share luck I was able to fish it out inside the block with a magnet. 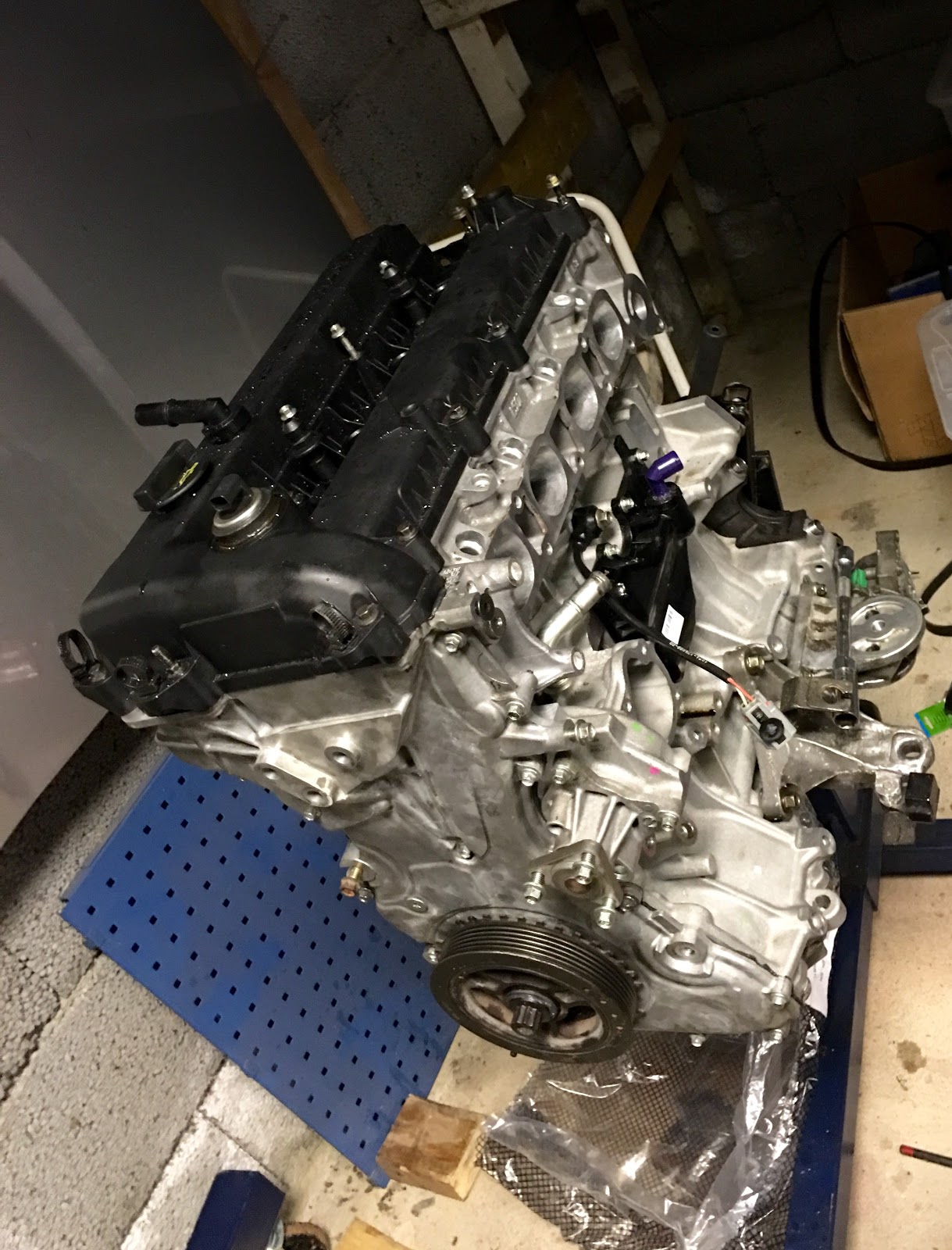 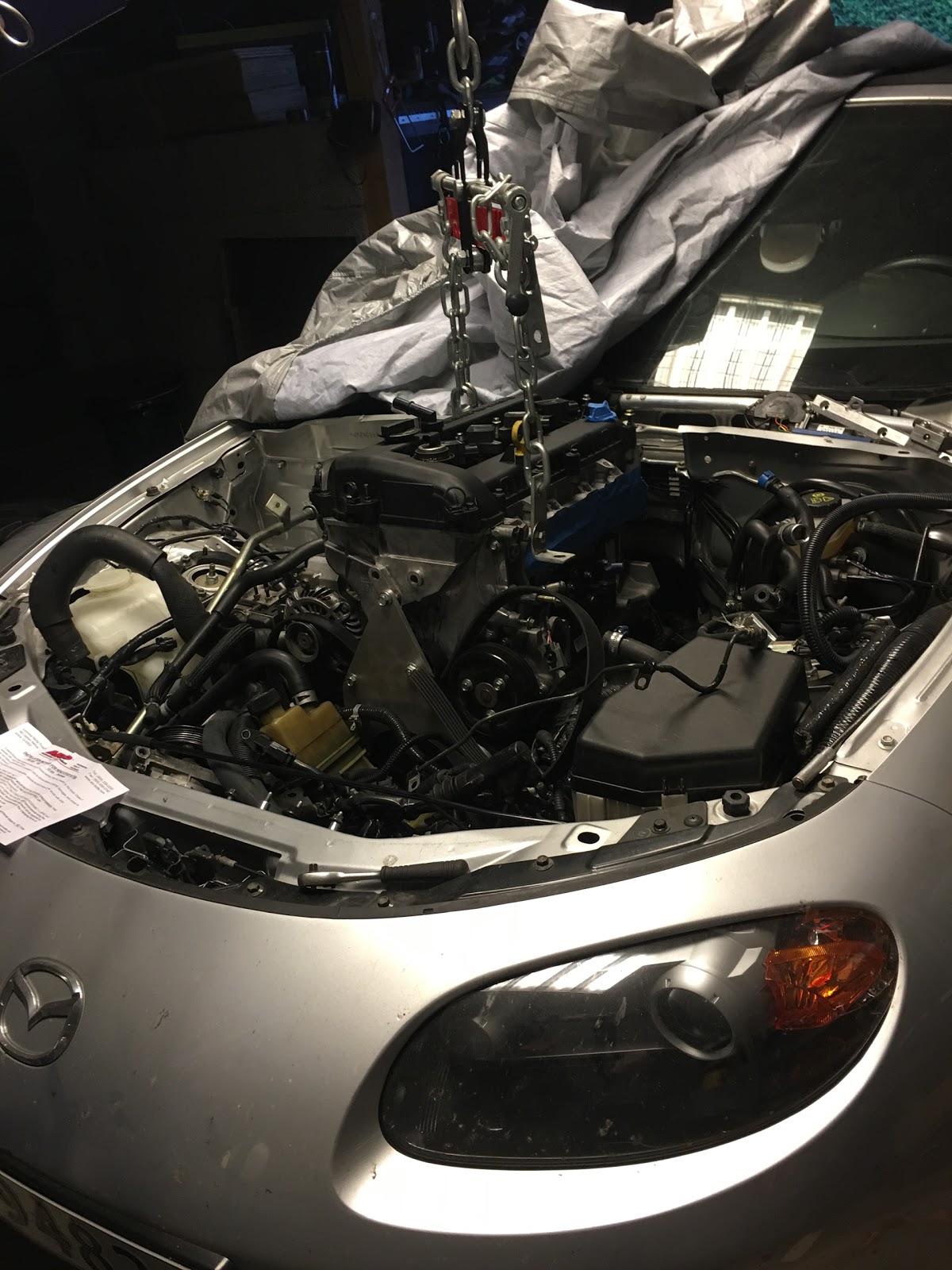 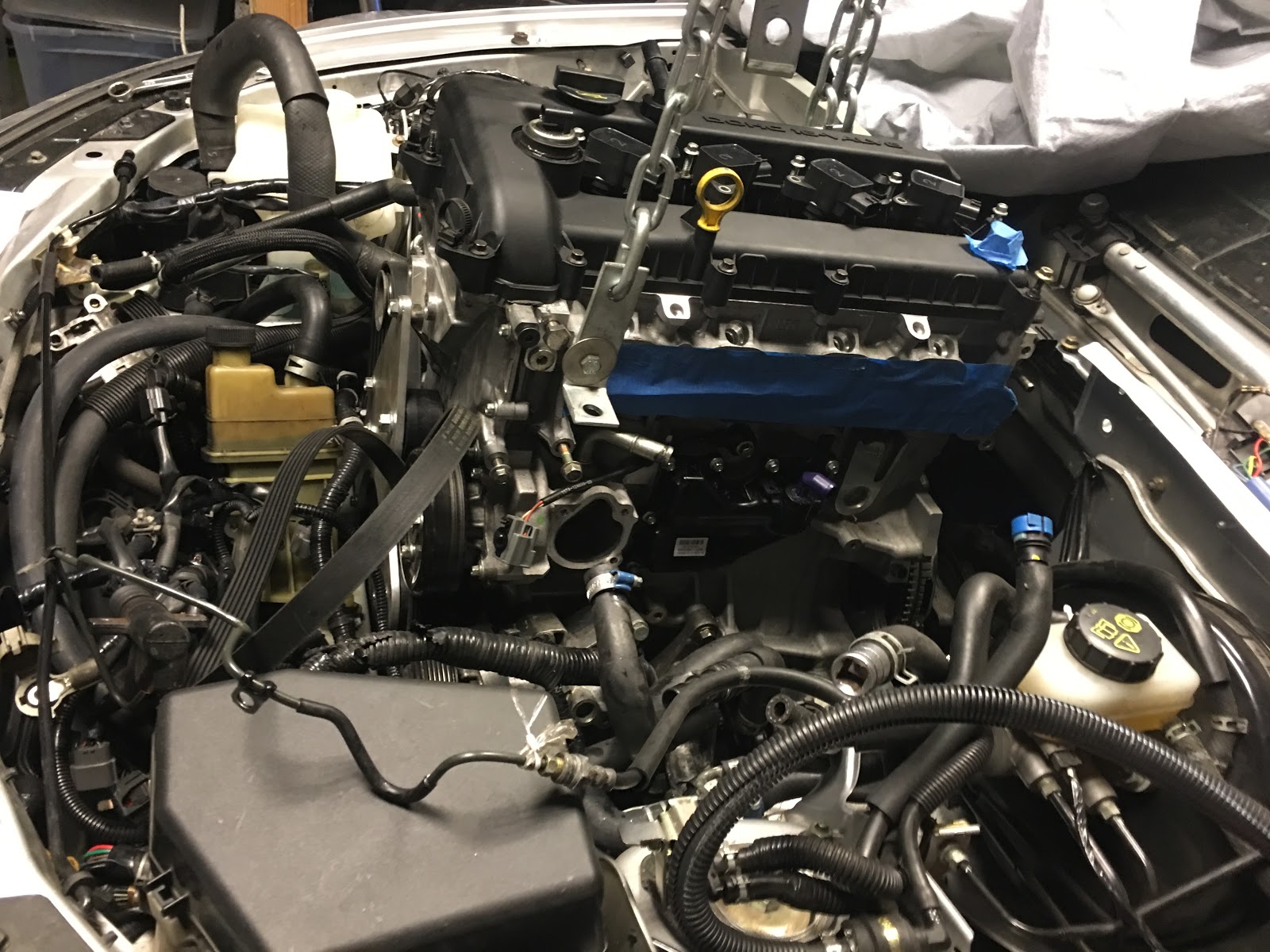 During assembly I noticed that Mazda has two sizes of oil filters for the MZR: 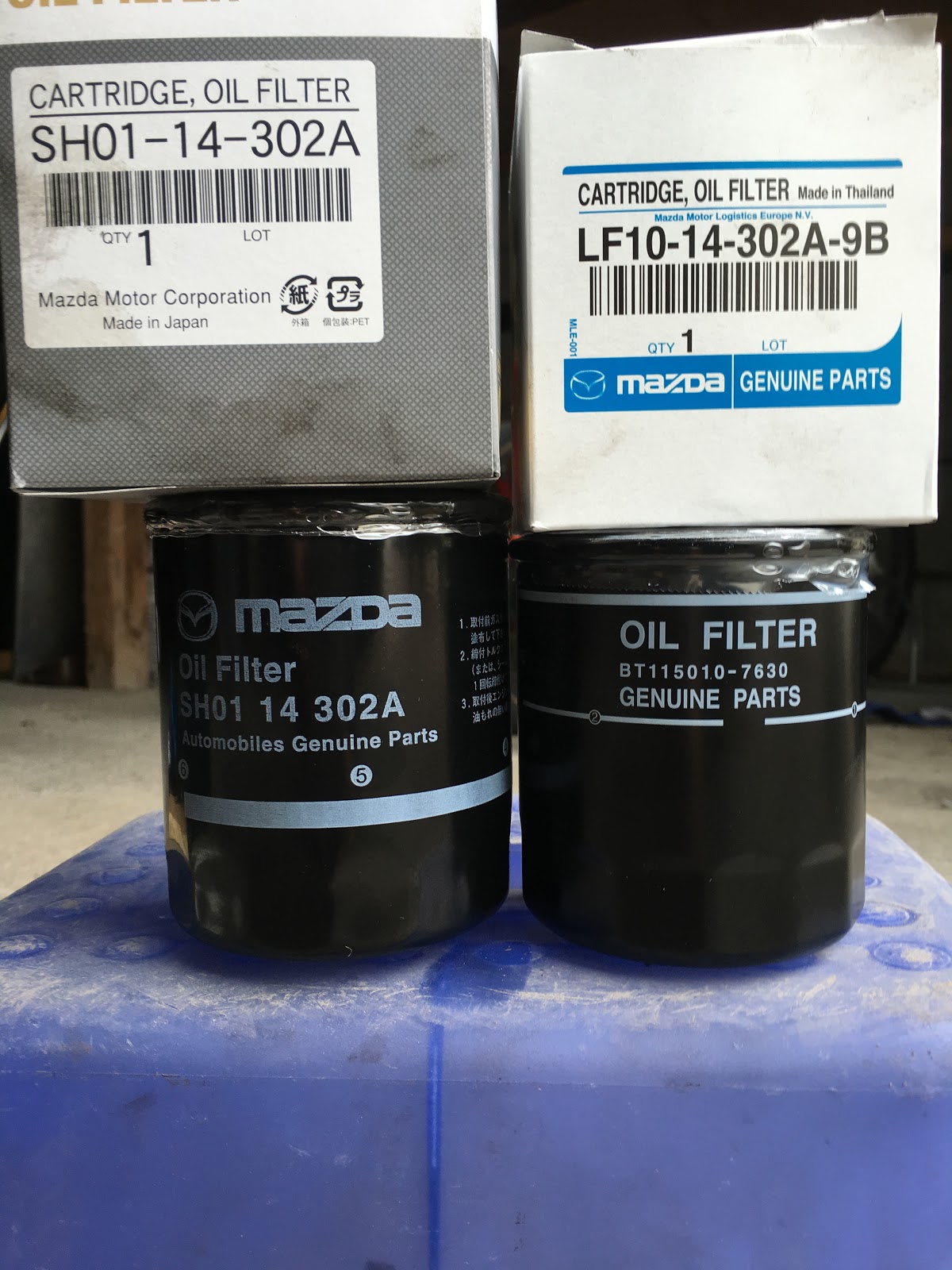 The shop doing the head had for some reason surfaced the intake flange. With a hammer it seams as it is nowhere near being straight anymore.  Big thanks to Locktite 510 for fixing this. 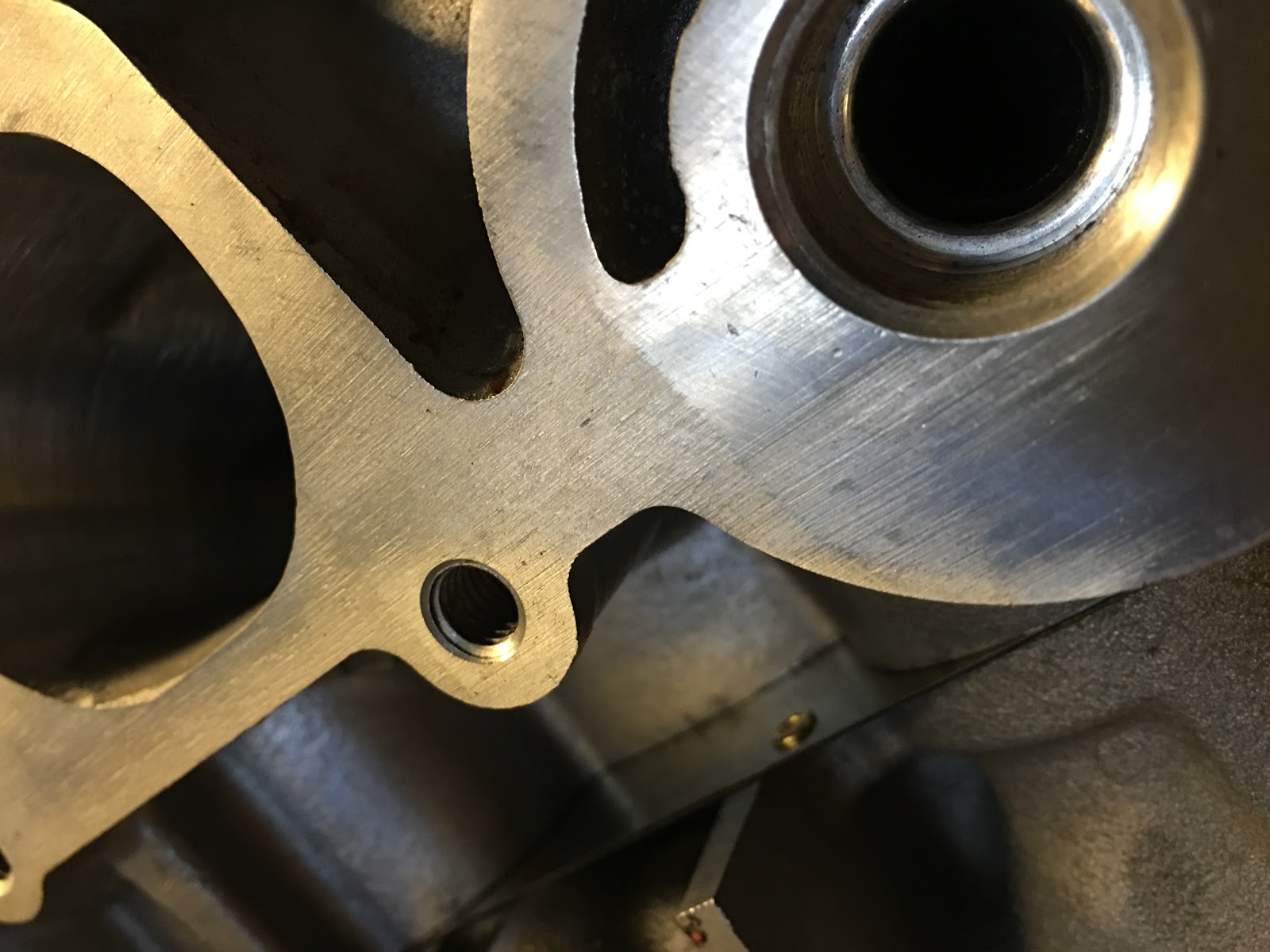 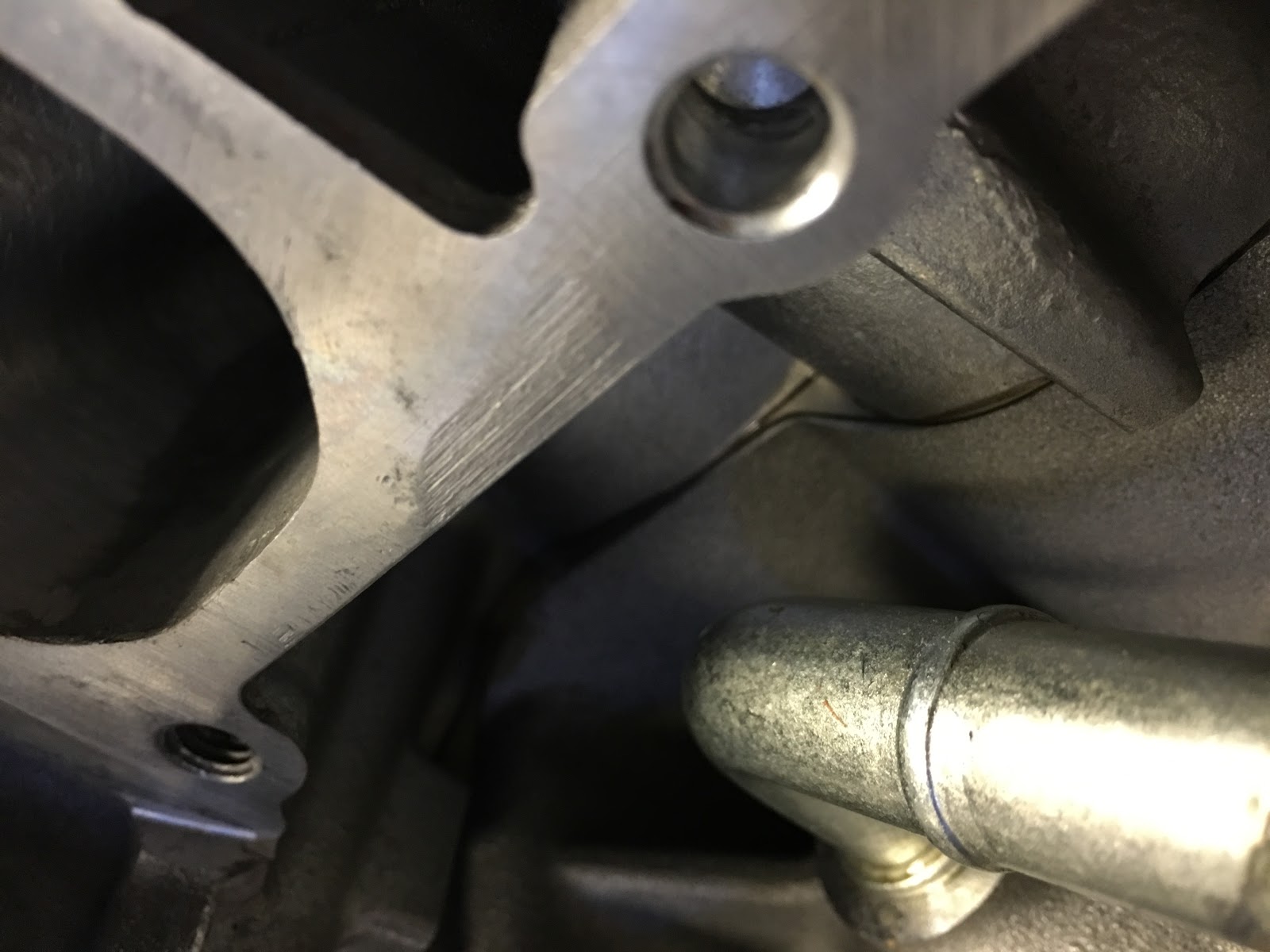 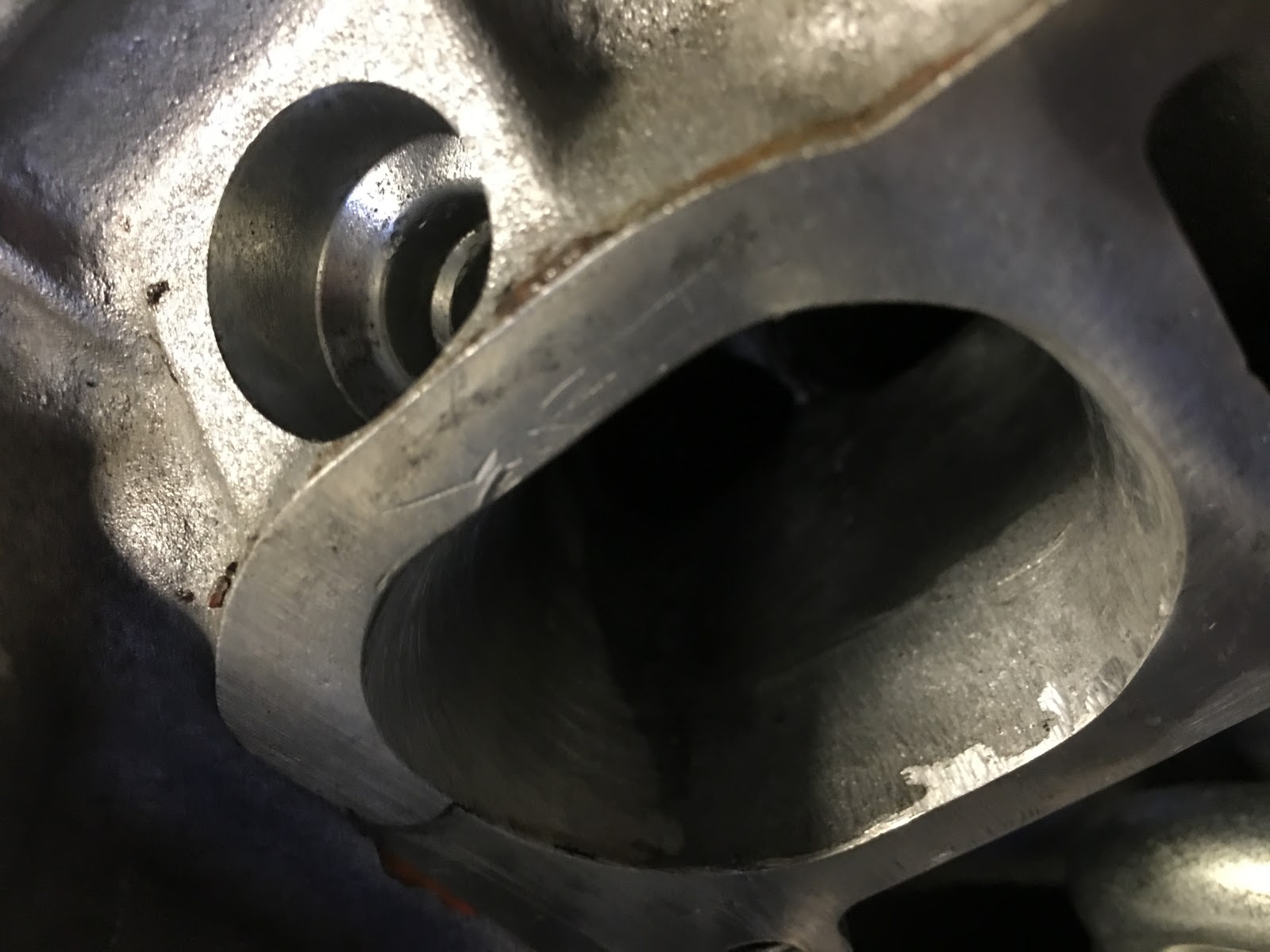 First startup was a misty affair. It was burning oil like crazy.  I did two short trips smoking down the whole neighbourhood.  No breakin procedure in the world would fix this.  I was pretty sure it was the valve seals or some kind of crack in the head as the compression test shoved an even 245 psi on all cylinders.
So I got the head off.  It turns out removing the head from an NC (with SC at least) is 80% of the job of actually hoisting the engine out. Everything is connected to the head... 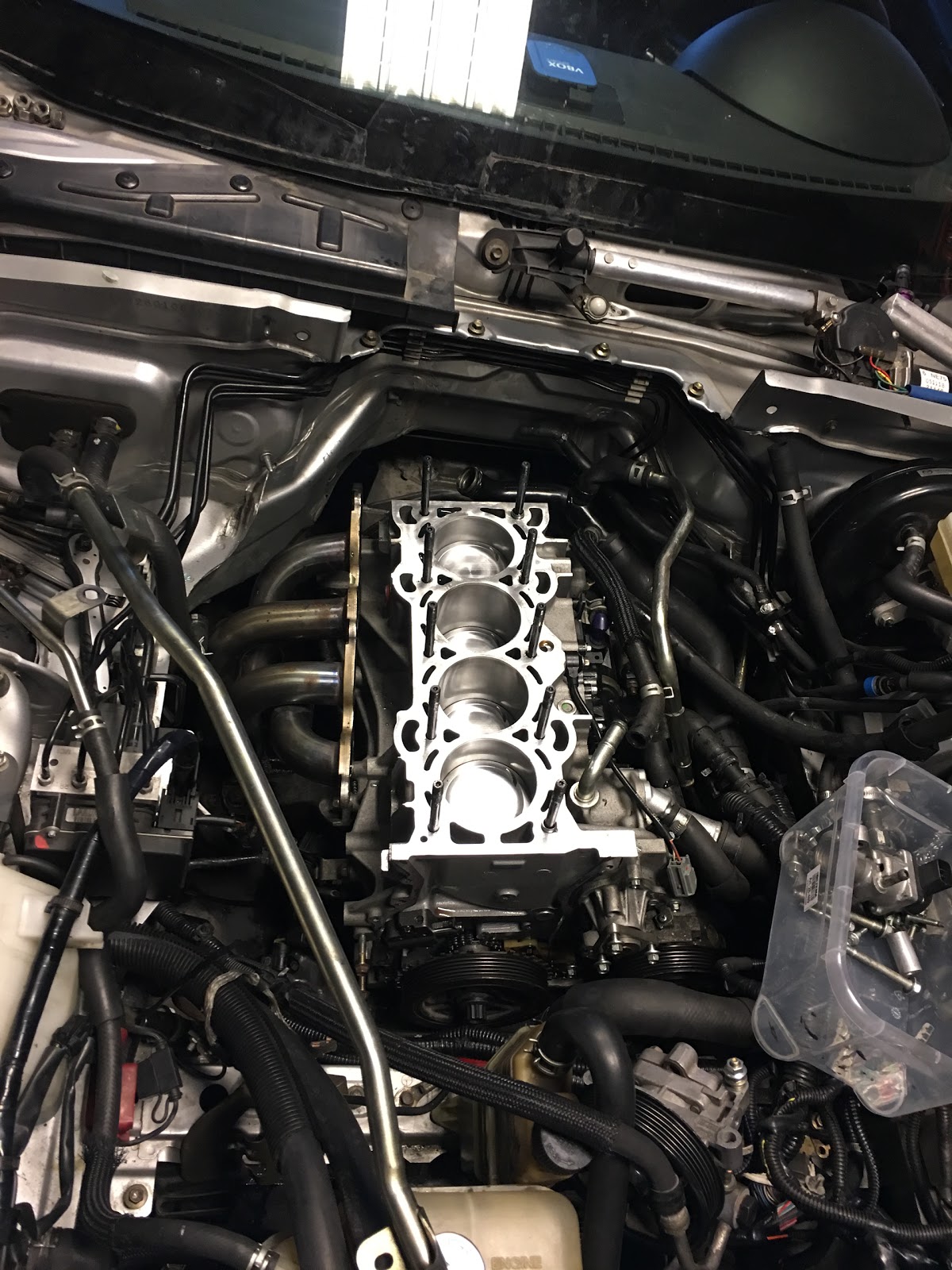 I found nothing wrong with the head. I noticed there was a lot of oil in the exhaust channels though.
Since I was going abroad pretty much the whole summer I was in a hurry and got everything together again. Reused the head gasket, had extra diamond washers,  used break in oil and went for a longer drive at night.  Exactly the same. Burning oil like crazy. 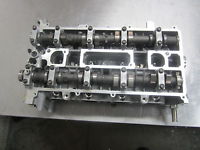 I then had a otherwise fantastic summer visiting Goodwood festival of speed, Gothenburg, Sicily.

When I was back from my last week of vacation in August I suddenly understood what I had done wrong...
The oil rings was .. eh.. lets just say , installed wrong. This was actually good news and lead to engine rebuild part 2.5 this summer.  As usual waiting for parts took ages, new ring packs, gaskets, washers etc. 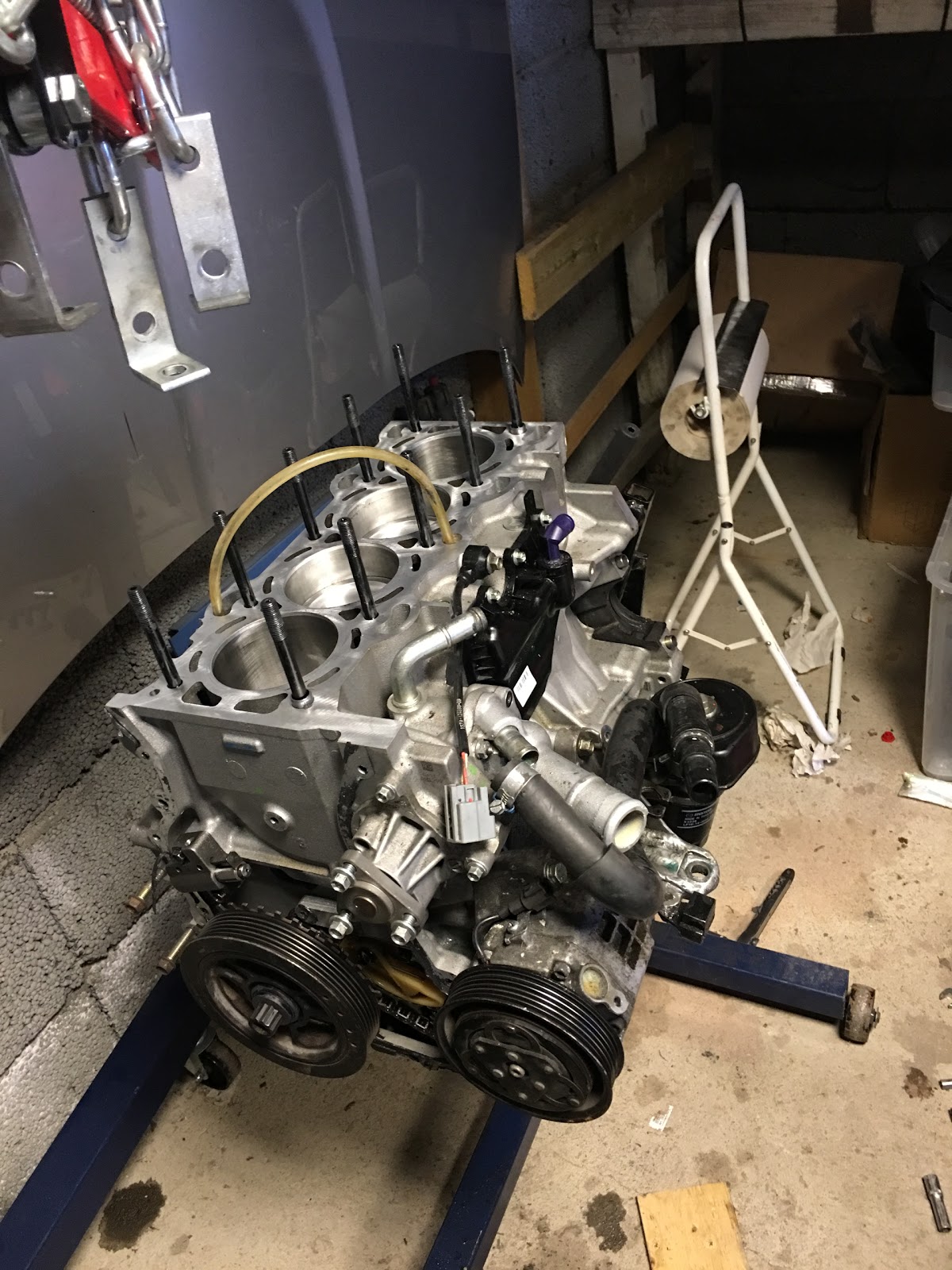 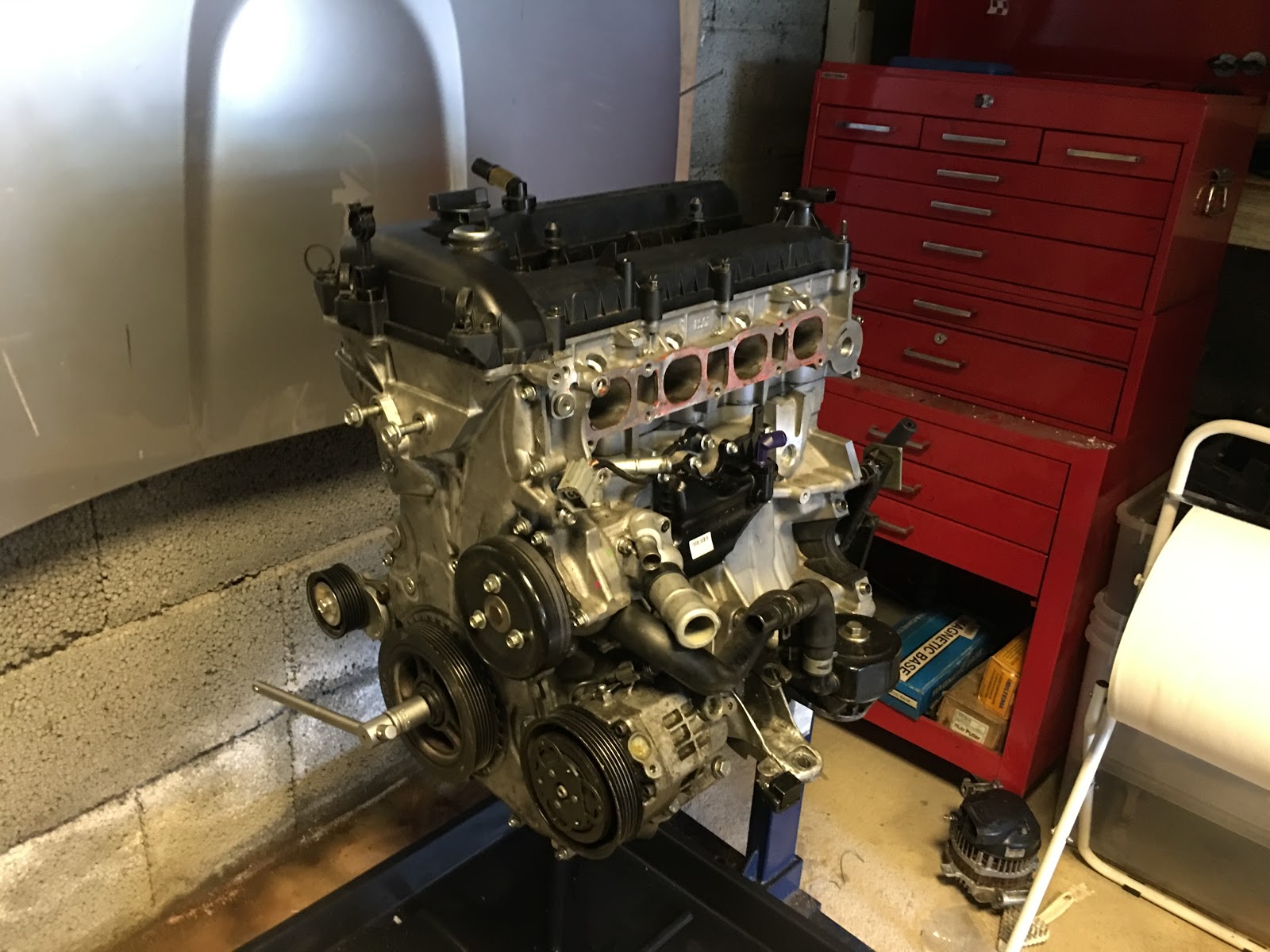 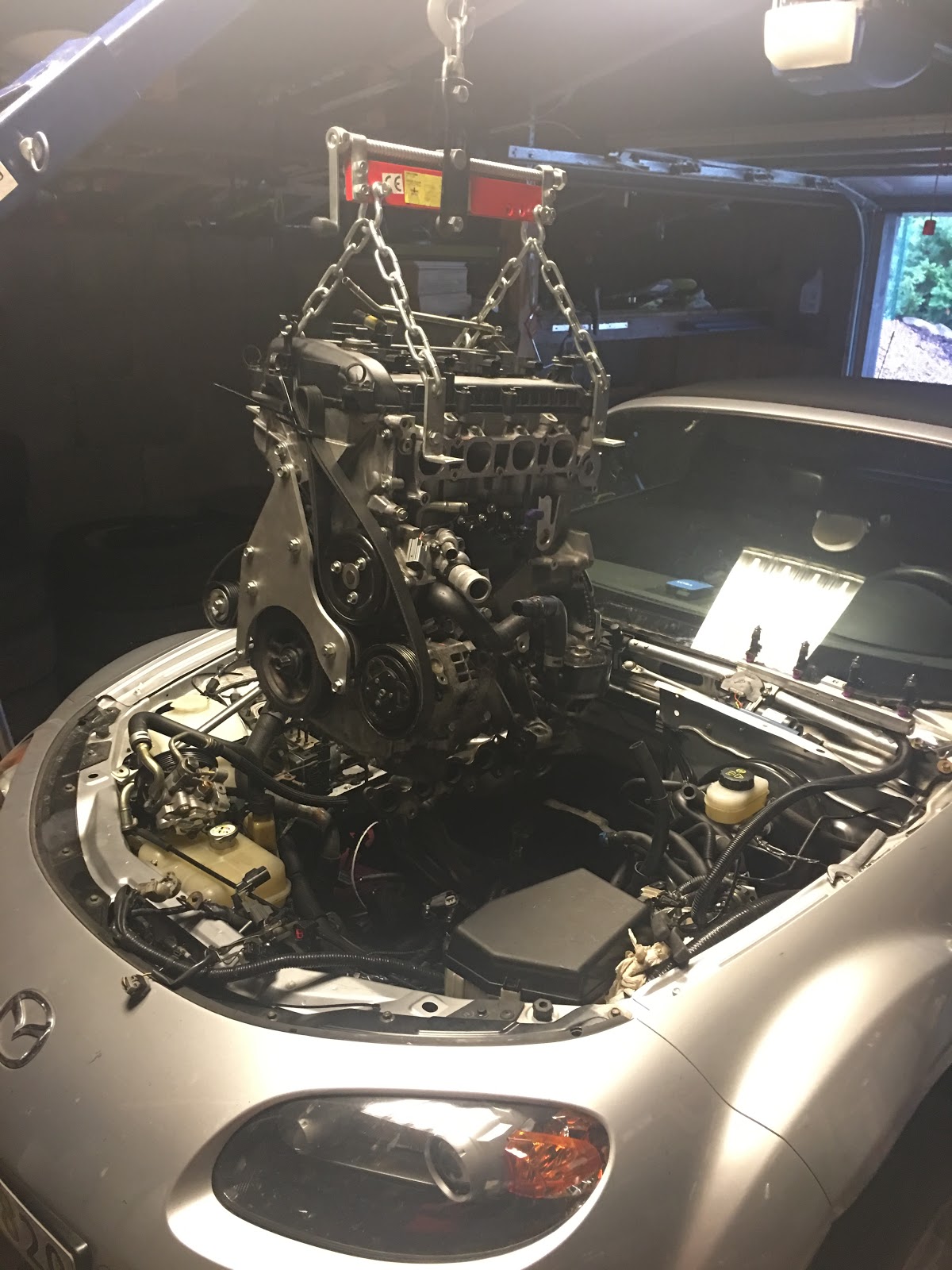 So finally I got the car on the road.  But everything was not good as there was still some smoke on startup and on decel/high vacuum.  But NOTHING compared to how it was so I was fine with this for what was left of the summer/season.

To ensure that the higher CR did not cause knock I ran the SC with the bypass on max to avoid boost until it was broken in.
Some data logs with Mazdaedit revealed that the higher CR had indeed introduced knock on the LowLoad part throttle ignition maps.  So I rescaled the maps and reflashed the ECU.
After this I was not able to get anything other than 20:1 AFR.  Reloading the old map did not help.
I also tried to fatten up the the mixture by rescaling maf and the injectors which had no change, except the engine clearly was running fat.  Front O2 sensor had crapped out. Probably by all the oil that was pumped through the exhaust.

When I was about to order a replacement  (WB)O2 sensor I realised that since the season was pretty much over and I had a complete AEM Infinity EMS waiting to be adapted including a real LSU4.x WBO2 I might as well work on that project. 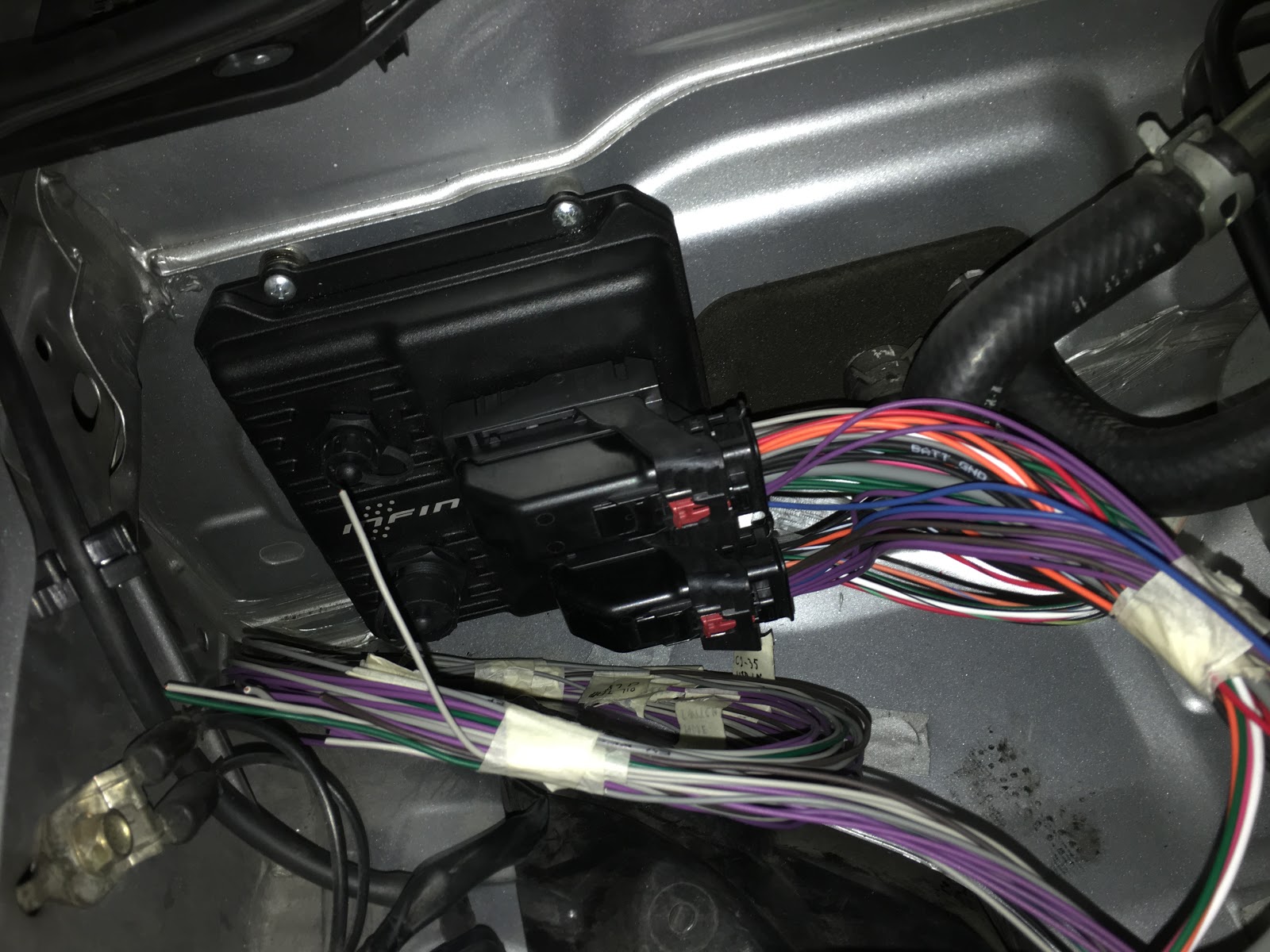 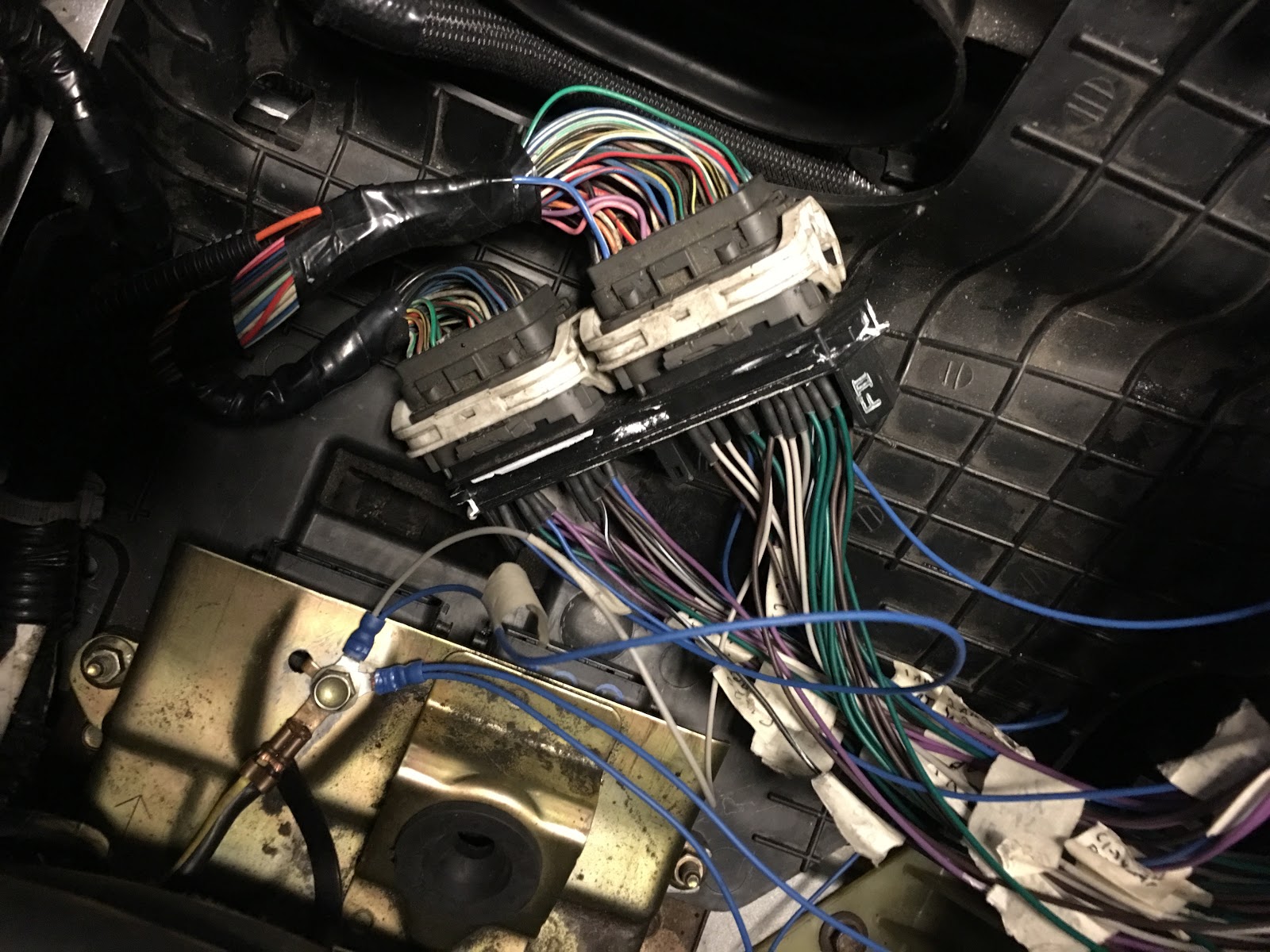 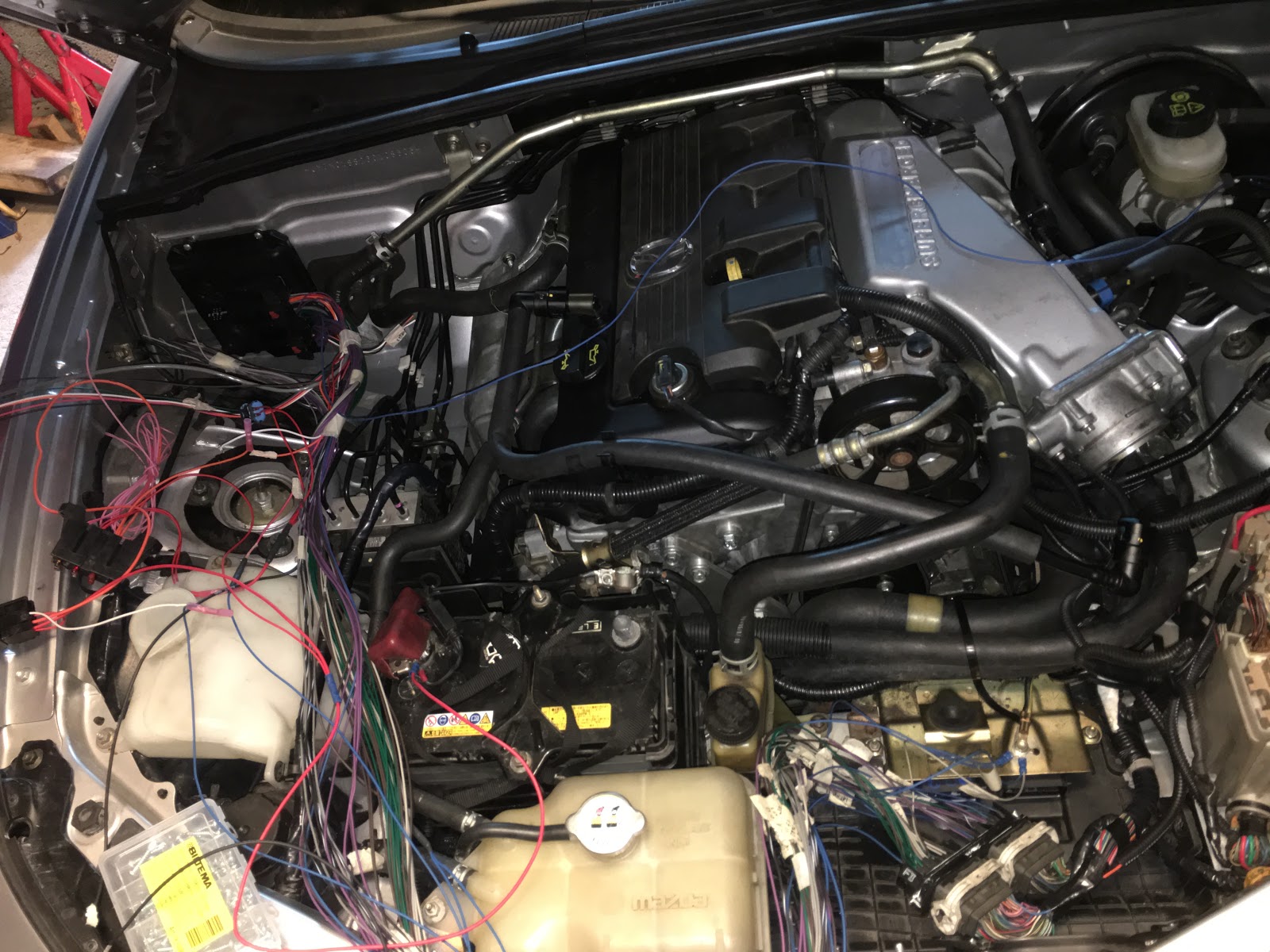 So this is where I am now.  I have some sensors and pigtails on order to make this happen. I expect a lot of problems but I can't wait to get rid of the stock ECU tuning which has been a step back from any EMS I have ever worked with including the 8bit Link ECU. I'll post more on this later. I'm pretty excited by how much the stock ECU can continue doing while the AEM will do the fun parts.

I got hold of a cheap MZR 1.8 out of a 2007 Mazda6 a while ago. I will use it as spare engine so for next season if the 2.5 problems persists/escalates... I'll keep it all stock and probably use it

Progress, although things are going slow. - Crank oil holes deburred. Took a lot of work to polish after deburr. No pics. - I received the bearings. The old ones were marked with an unknown id that differed slightly for each bearing. Cyl#,uppper(