I found this dyno comparison between a Honda S2000 and Keith@FM 2.0 stroker engine built for the Targa Miata ( www.targamiata.com ).

There were high expectations in the Miata community for how much power could be made on a BP with a 2.0 stroker crank and other tricks. The hp number at least was nothing special. 164 whp but lots of torque.

Compared with the S2000 which is regarded as the holy grail of N/A engines it actually kicks it ass before VTEC kicks in(, yo..): 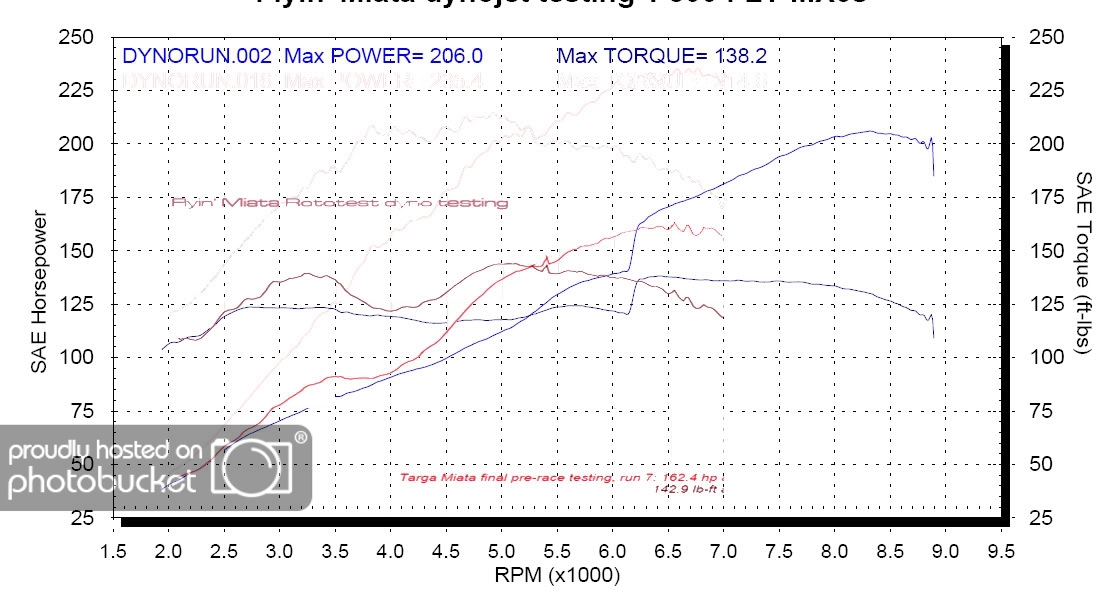 Once the higher lift cam lobe on the S2000 is activated it is ahead and revs 2K past the Miatas red line. If it had the same redline as the miata it would “only” produce about 180 whp
It would be interesting to see what could be made from this BP engine with wilder cams , IRTBS and a 8K red line. The nice low end torque would probably be gone.

Anyway, turbo on the BP rule…