I have tried to find a good M14 oil sump plug adapter that can take a standard M12 NC water temp sensor as I now have at least three leftover sensors and a perfect calibration in the AEM.  Most adapters I have found are for a smaller NTP thread as used by Autometer etc.

It could be better. The flange is not very wide so i used a rubber center washer as used on hydraulic fittings for a tighter fit. Also the upper housing is too high so the sensor tip does not protrude out of the adapter. Wish I had a mill so I could trim it down a bit.
I ended up using another water temp sensor I had on the shelf as it had a longer tip than the mazda sensor. : https://tecomotive.com/store/en/accessories/tinycwa-temperature-sensor-ntc-m12-2-pin

It's connected to the AEM Infinity which already had the calibration marked as a Porsche CLT sensor.

I was worried that the sensor would read colder as the sensor tip is not fully submerged in oil. But the oil temp is not changing much when cruicing in 80km/t vs idling stationary so I guess it's ok.
It uses surprisingly long time to come up to coolant temp levels. I'm eager to see actual temps on the track and if the stocke NC oil cooler/heater has any value.

There are some aftermarket water to oil coolers here with lots of data where they claim +10C from coolant under any condition. http://www.maruhamotors.co.jp/miata/parts/heatexchanger.html
Most new cars including performance models like Corvette, BMW M cars etc have tem so it should be possible make something work on the NC as well. I would love to cool all engine fluids via one main radiator. 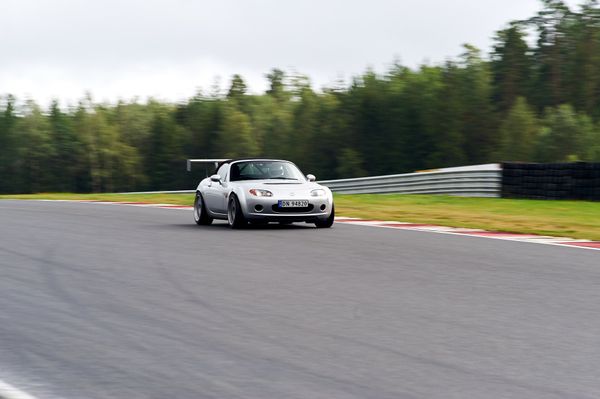 I attended a trackday on Sunday held by trackday.no Weather forecast was not good with rain and damp track until 16:00. Driving in the rain is getting old. 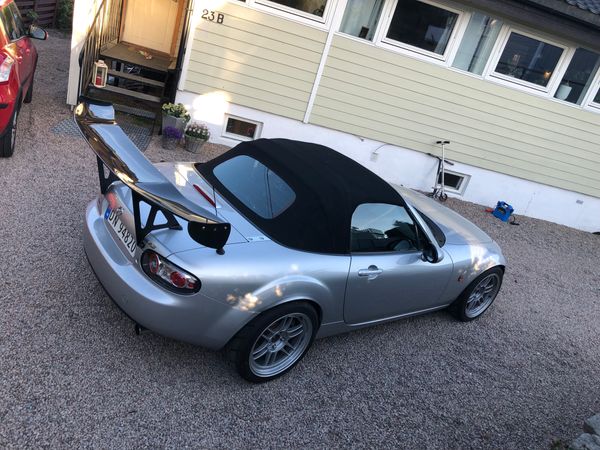 5 years ago I purchased a "carbon wing" with generic mounts and uprights.   https://www.mazdaspeedy.com/https---www-mazdaspeedy-com-2014-08-rear-wing-project-html/ I never got the time to finish my new uprights due to