The stock MX-5 exhaust was put on to pass inspection (which went ok).
Before I replace it with something more shiny I measured the exhaust backpressure.

You can buy a sensor and adapter for $$$ but instead I built my own using a 18mm compression tester adapter and copper brake line. I cut of the adapter and was able to thread the line directly into to adapter by carefully using a thread die directly on the pipe to get it started in the M5 hole. Win.

I have never made braklines before so using a flare tool was interesting.

Optimal would be to have it in the primary O2 sensor location before the cats. But when doing 14 psi @ 7500 you kind of need lambda input,
so it was installed in the secondary position before the second cat.

The copper pipe is needed to not fry the sensor.
Jerry rigged temporarly for measurement:

The sensor used was not the one fitted on the picture but a AEM 3.5 MAP, as I didn't want to mess with a custom calibration for the china sensor.

I have not been able to find data for similar testing out there.
There are some numbers mentioned here: http://www.tuneruniversity.com/blog/2012/08/how-to-measure-exhaust-backpressure-for-smarter-exhaust-upgrades/

"Most exhaust systems are going to be in the upper 8-10psi range under  full load. A decent aftermarket exhaust will peak out at around 4-5psi  with some of the very large ones peaking around 1-2psi, though, once you  get lower than 4 or 5psi, it's kind of a diminishing returns kinda  thing."

I'll be sure to make another post when I have the header and non catted midpipe back on the car. It will be very interesting to compare those numbers.
I hope the rear muffler is not the culprit as I'm not into loud exhaust any more.

UPDATE: My primary cat disintegrated during the above test session adding at least 2 psi to the result.  So the correct max backpressure is 11psi.
Details here: https://www.mazdaspeedy.com/catalyst-failure/ 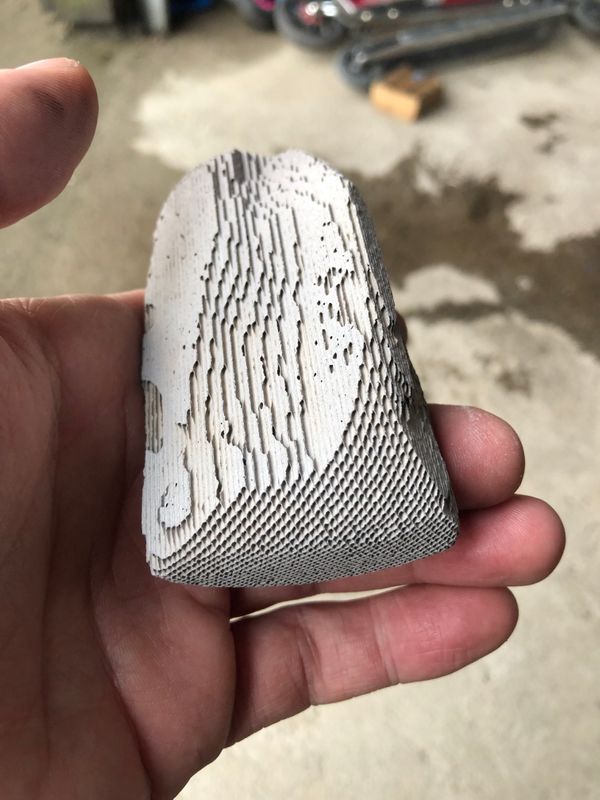 During my backpressure testing I had a discrepency in the logs and some stuttering and grey smoke during the end of one of the pulls.  I could not quite explain

One of my goals with the AEM Ininity and CD7 was to have better control over different engine parameters. For every step away from OEM we also say goodbye to