5 years ago I purchased a "carbon wing" with generic mounts and uprights.   https://www.mazdaspeedy.com/https---www-mazdaspeedy-com-2014-08-rear-wing-project-html/
I never got the time to finish my new uprights due to other projects and engine mishaps.
Some time this winter I stumbled upon a company Nine Lives Racing that makes uprights and wings for the NC  https://9livesracing.com/shop?keywords=mazda&olsPage=products%2Fthe-big-wang-kit-for-mazda-mx5-2006-13-nc

Since I had a wing I only ordered the uprights which are really nice quality.

It's a one piece design, so the upright and base mount is the same unit.

Mounting was measure 200 times, drill once (6)
I added a backing plate to one of the holes as it only protrudes trough one layer of sheet metal.

Part of why I went for these uprights are that they have the uprights closer to the center compared to the more common position in between the trunk and rear fenders.

The mounts on the wing needed to be moved to fit. Rivet nut inserts are awsome. I need to use this more.

I also had to fab up some adapter plates to make the wing compatible with the mounts which uses the same adjustment pattern as APR.

Mounted on the car it looks awsome in every aspect of the word. Not negotiable.

But all was not good.  During mounting I heard a crackling sound. There were no signs on the outside that anything was fractured so I thougt it was some of the nut serts that had moved.
But since this wing probably could add 100 kg of downforce I wanted to be sure that it could take the forces and pushed down on the left part of the wing with no more than 25kg and I could clearly hear it fractured on the underside and bend/fold downwards.  What a POS!  I did the same test on the other side and it actually held all of my 82kg..  The fracture was not in the rivets or where the old holes where but furter out. Can't belive I had this crap in my garage for 5 years and it was probably DOA. You get what you pay for.

So I ordedered another wing. This time the one that was supposed to go with the uprights. It felt really good to pay DHL a fortune for shipping twice the same month.

The wing is an aluminium 2d wing. Not as wide but probably 2 x more effective than the knock off .  The webshop has lots of impressive CFD illustrations and numbers. Not so much about the weight, which is more than I expected. It says 0.2 lbs per inch = 66 x 0.2 ~ 13.2 lbs = 6kg!  Ahrmagerd. But ok. I have a 6kg lighter exhaust so it's ok.
Wooden endplates are just for transport.

Mounted on the car. Not as shiny and curvy as the carbon wing. Endplates are larger. Might look better with a coat of paint too.

But there are still some issues.  Th NC trunk is not as sturdy mounted as the NA/NB. The hinges uses some complex parallel arm design that flexes upwards when the wing pushes down at the other end. Also the trunk has some soft rubber stops that flexes.  This makes the wing loose AOA (tilt backwards) reducint downforce with speed. I fixed the rubber spacers with some aluminium ones, but the weak hinges need a bracket on top  that keeps the trunk from flexing upwards.
Not what I had expected of this $$$ setup but it's not the first time parts need some extra engineering.  I'm only using the wing on the track, so adding the brackets in the rear (which locks the trunk when in use) is ok.
Luckily all Miatas has the mounts for the hard top which is conveniently positioned in front of the hinges. Made a prototype to confirm that it fixes the problem but will have functional brackets ready before sunday which is the next trackday. 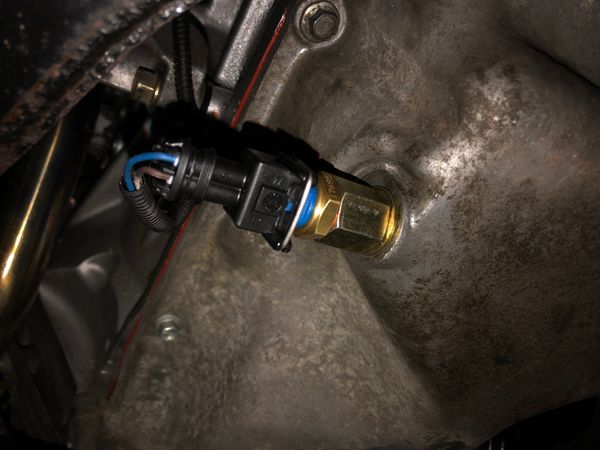 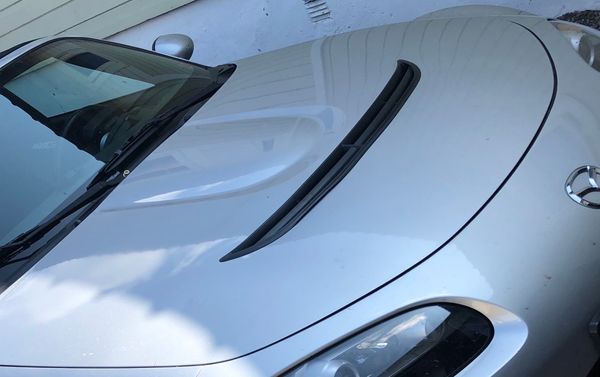 Yeah. I'm adding Porsche parts now...  a.k.a the GT3 Mustache vent. My original plan was to cut out vents like pictured in this forum thread https://forum.miata.